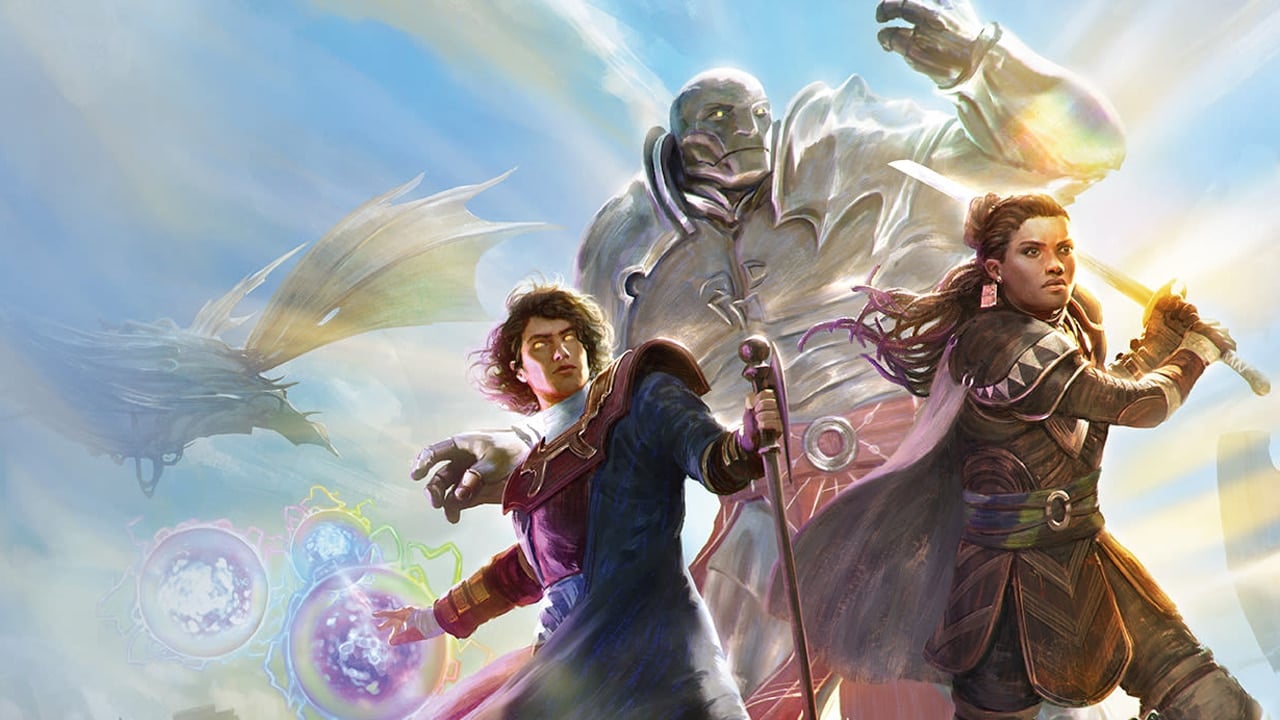 The next big standard set on the Magic: The Gathering release calendar is Dominaria United, and we cannot wait for it to arrive! It will be the 93rd expansion in the nearly 30-year history of MTG. Don’t worry; we’re feeling old too.

Thanks to Dominaria United’s recent reveal stream, we have recently been inundated with details about Dominaria United. The spoiler season for the set may still be a while away, but now we have a clear picture of what to expect from the latest premier set.

So without any further ado, let’s get into all the details, leaks, quirks, and features of Dominaria United.

Here are the current release dates we have for Dominaria United:

To go along with the release schedule for Dominaria United, Wizards of the Coast has also confirmed a number of key dates. These dates include the start of card previews, when the story will be revealed, and when store championships will begin. Here’s a rundown of all the dates you need to know for Dominaria United.

So far, only one nonevergreen mechanic has been announced for the set; Kicker. Appearing on Temporal Firestorm, Kicker was last seen in Zendikar Rising. This ability allows you to pay an optional cost when casting a spell to achieve an additional effect.

Beyond the inclusion of Kicker, it is currently unclear what other mechanics may feature in Dominaria United. Due to Phyrexians making an appearance, it is possible that Infect and Phyrexian mana may also return as mechanics. The inclusion of these mechanics has not been confirmed, however, so we will just have to wait and see for official confirmation.

Ahead of the official reveal on the 10th of August, much of Dominaria United’s story is unknown. For better or worse, however, there has been a massive leak that has revealed many major plot points for the set. Due to the significance of these plot spoilers, we will not be going over them in this article, however, if you’re interested, fear not, as we do have another article going over them in detail.

While there is a chance to pull the fabled Tabernacle at Pendrell Vale, the possibility of pulling any Legends card is incredibly rare. In the recent reveal stream, Blake Rasmussen confirmed that Lost Legends cards would only be available in “3%” of packs. To guarantee opening a Lost Legends card, you’ll need to open roughly 33 packs at the cost of over $640.

By offering a chance to open up a piece of Magic’s history, the Lost Legends promotion is incredibly fitting for Magic’s 30th anniversary. Unfortunately, not all of Legends’ cards are befitting of such a celebration, so several cards have been excluded from this promotion.

Alongside the introduction of Legends cards in Collector Boosters, Dominaria United will also feature unique Box Toppers. Known as “Legends Retold,” these box toppers are reimaginings of past legendary creatures from the Legends set. While Legends was a groundbreaking set, many of the legendary creatures were significantly underpowered and subsequently lost to time. This Box Topper promotion aims to fix that injustice by giving these cards a new lease of life.

Across the Legends Retold promotion, players should enjoy plenty of reimagined, unique, and exciting legendary creatures that could see play in Commander. It’s important to note this is likely the only place they’ll see play, as Legends Retold cards are only playable in Eternal Formats.

Read More: Dominaria United May Be the Most Legendary Magic Set

As if two major promotions weren’t already enough, Dominaria United also features its own Jumpstart Boosters. For those unfamiliar, Jumpstart Boosters feature 20 cards designed to allow new and veteran players to quickly jump into a game without the need for deckbuilding. All players need to do to play is shuffle the contents of two Jumpstart Boosters together and let the fun begin!

Read More: Dominaria United Will Let You Coax Friends Into Magic Once More

Currently, only five cards from Magic’s 93rd set have been spoiled. While this has not given us a deep insight into the mechanics of Dominaria United, there is still plenty to be excited about. Jaya, Fiery Negotiator, for instance, makes their return after War of the Spark. Featuring a plus ability that creates Prowess Monks, Jaya, Fiery Negotiator should see play across a variety of formats!

Alongside the immediately exciting cards such as the Fireball creature Shivan Devastator, the current spoilers also give us a lot to look forward to. Evolved Sleeper, for instance, heralds the returns of the Phyrexians. As one of Magic: the Gathering’s significant threats, Phyrexians offer an incredibly exciting design space that we can’t wait to enjoy.

Read More: Everything we know about The Brothers’ War!