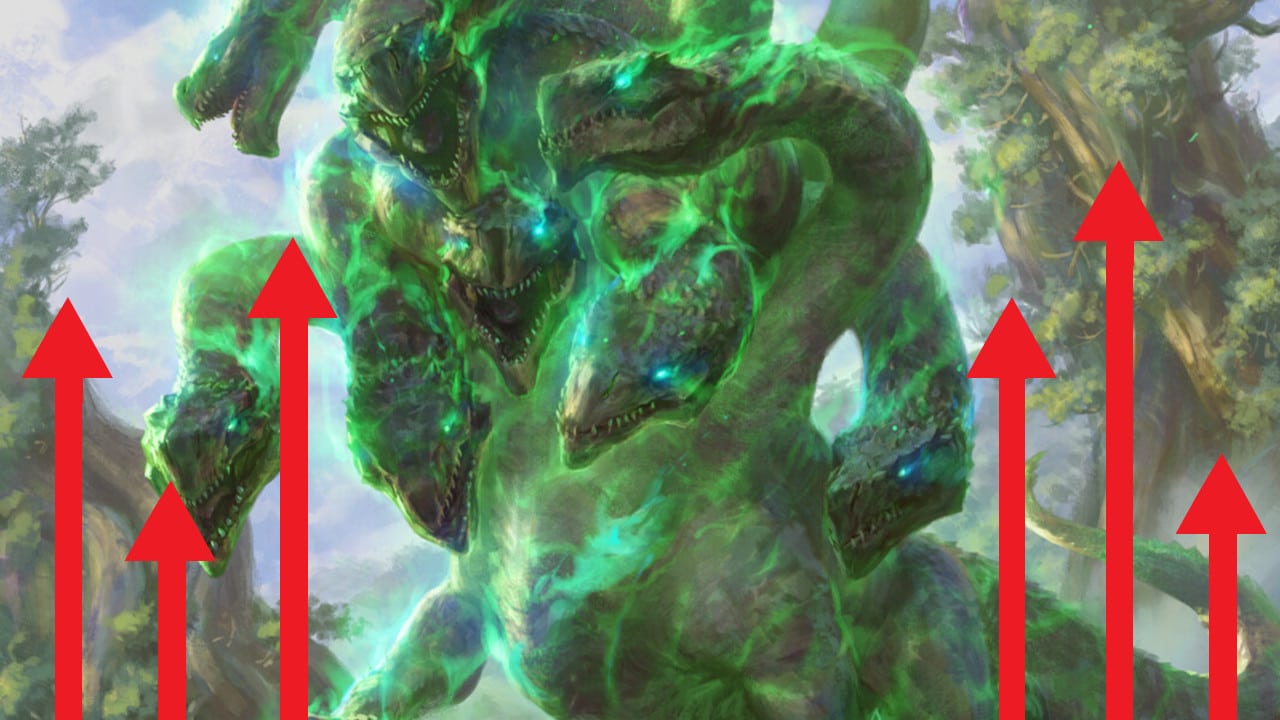 Are You Following The Market? All of These Powerful Cards Are Rising in Price

The Modern metagame underwent several changes in recent months. Kamigawa: Neon Dynasty had a massive impact on the format. And Wizards of the Coast turned Modern on its head when they banned Lurrus of the Dream-Den. With all the changes the format went through, card prices changed too.

Cards rise and fall in popularity and in price. As Magic: the Gathering‘s metagames shift, so does its secondary market. Sometimes prices double or triple in price and when they do, I report on them. But more often, card prices gradually rise in price over time with overall substantial gains.

Welcome to The Meta & The Market, where I cover the gradual shifts of Magic’s secondary market as it adapts to the trends of the game.

As seen in the graph below, the price of Force of Vigor raised substantially over the last several months. The regular art and foil-etched versions of the card went from $21.00 to almost $30.00. And the foil retro frame version jumped up to $38.00.

Force of Vigor is a heavily played sideboard card in Modern. It is an answer to artifact-themed decks which recently gained new toys like Oni-Cult Anvil and Moonsnare Prototype from Neon Dynasty.

But more often, decks like Amulet Titan and Crashcade use Force of Vigor as an answer to other sideboard cards like Blood Moon and Chalice of the Void.

This price rise is most likely attributed to the rising popularity of blue-white artifact decks playing the Thopter Foundry+Sword of the Meek combo alongside other powerful artifact cards like Esper Sentinel and Urza, Lord High Artificer. Some Hammer Time decks also splash blue for The Reality Chip.

Read More: Prices Climbing Quickly For This Heavy-Hitting Modern Card – Is it Worth Buying Now?

The price history of Archmage’s Charm is a bit of a rollercoaster. It started off around $3.00 when it first came out in Modern Horizons. But this year, it jumped up to nearly $20.00 as Azorius Control decks rose to prominence in Modern. But as you can see in the graph below, Archmage’s Charm sunk back down to around $13.00.

Now, Archmage’s Charm is back to $20.00. The latest price increase started around the time when WOTC banned Lurrus in Modern, causing blue-white control strategies to rise again.

Wizards of the Coast reprinted in Turntimber Symbiosis in Challenger deck which kept its price low for a while. But recently, Symbiosis rose from $2.00 to $4.00 due to its frequent inclusion in Modern Amulet Titan decks. The extended art printing is about $12.00.

Read More: This Kamigawa Card is Renovating This Classic MTG Archetype in Modern