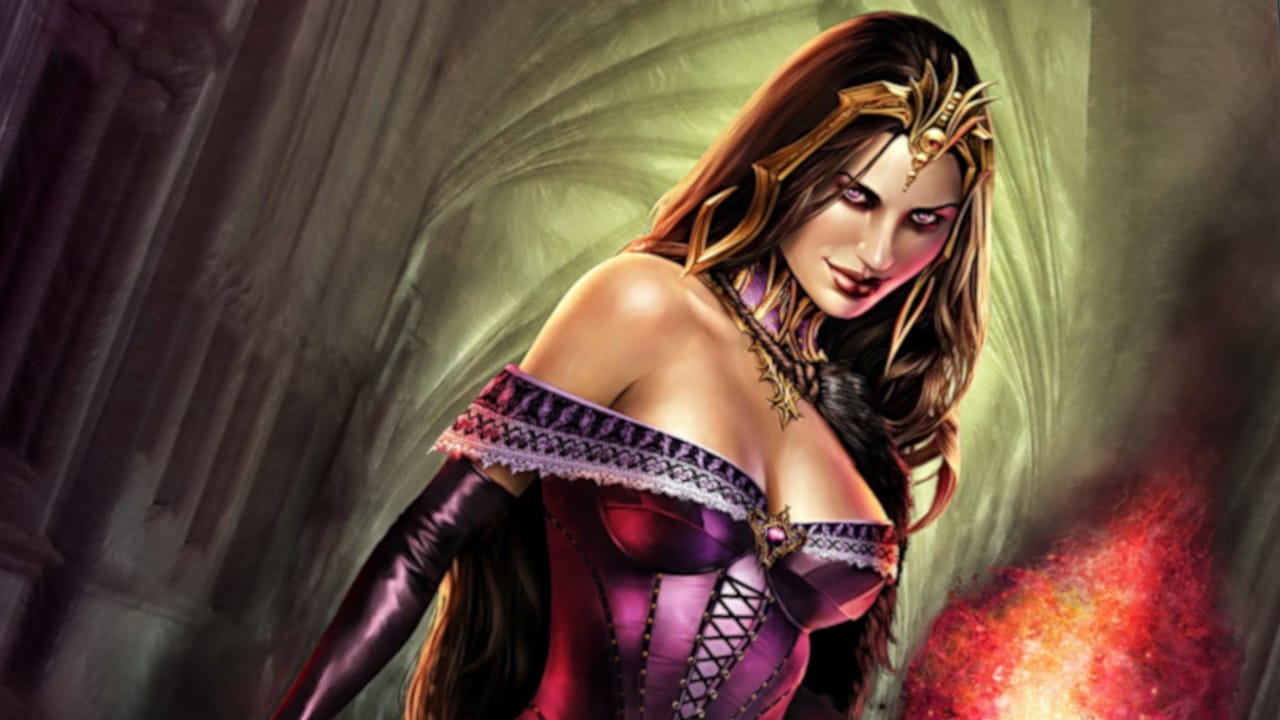 Modern has a massive card pool spanning almost 20 years of Magic: the Gathering sets. Banning a singular card from the format may not seem like it would have a big impact. But on March 7, 2022, Wizards of the Coast banned Lurrus of the Dream-Den, sending waves across the metagame.

Lurrus is one of many companion creatures from Ikoria: Lair of Behemoths. Funnily enough, after Ikoria’s release, WOTC nerfed the entire companion mechanic, requiring players to pay three mana to add their companion to their hand.

But even in its nerfed state, Lurrus was still too good. Now, WOTC has banned the Cat Nightmare in Pioneer, Modern, and Legacy. Many Magic: the Gathering players wonder if Lurrus should ever have been printed in the first place.

As you can see from the above snapshot of the Modern metagame taken before the B&R announcement, 4 out of the top 10 Modern decks used Lurrus as a companion.

In WOTC’s B&R announcement, they revealed that 31% of the top decks in Modern used Lurrus as a companion.

While there are other cards in Modern that hold similarly high play percentages, Lurrus felt like it was extra dominant because you didn’t have to draw it like you would other Magic cards. It was always accessible from the companion zone.

What Decks Get Better After the B&R?

Because 1/3 of the Modern metagame just got nerfed, any decks not using Lurrus got relatively better. It’s possible that decks like Murktide Regent, Amulet Titan, and Azorius Control move to the top of the metagame now that Lurrus is gone.

But none of the decks that used Lurrus are necessarily dead now. They may not be as powerful as they once were, but most of them can make slight modifications and still be competitive.

The next best companion after Lurrus is Yorion, Sky Nomad. It currently sees play in Blink decks, 5-Color Omnath, and Death & Taxes decks.

There is a slight chance that Yorion decks will increase in play after the Lurrus ban. But it is unlikely Yorion will be as egregious as Lurrus was in Modern.

What Decks Were Affected & How Do They Adjust?

It sucks when your deck gets hit by the ‘ban hammer’. In some cases, like Splinter Twin, banning one card renders a deck unplayable. But that is not the case with Lurrus.

Some decks that played Lurrus are more affected by the B&R announcement than others. For example, Burn decks are relatively unaffected as they can just replace Lurrus with another sideboard card. Other decks, like Jund, may need to rethink their deck compositions more.

But most of the Lurrus decks can make a few adjustments and still be competitively viable.

Out of all the Lurrus decks, Jund is probably the one that will change the most going forward. But there are plenty of options Jund can play in Lurrus’s absence.

Players are already talking about long-time Modern staple, Liliana of the Veil making a comeback. In Jund, she’ll likely join Wrenn and Six and Grist in a small ‘super-friends’, planeswalker package. Seasoned Pyromancer is another option as excellent source of card draw.

RELATED: This Mythic Modern Card Exploded in Value Overnight – Did You Buy Yours?

Grixis Death’s Shadow was the most played deck before Lurrus was banned. Now that the deck lost access to Lurrus, it will have to lean on other cards.

Street Wraith, a long-time staple of Death’s Shadow strategies, will likely resurgence. Murktide Regent can acts as another cheaply costed card that closes games quickly. And its possible that Death’s Shadow decks look to play another color like white to splash Ranger-Captain of Eos.