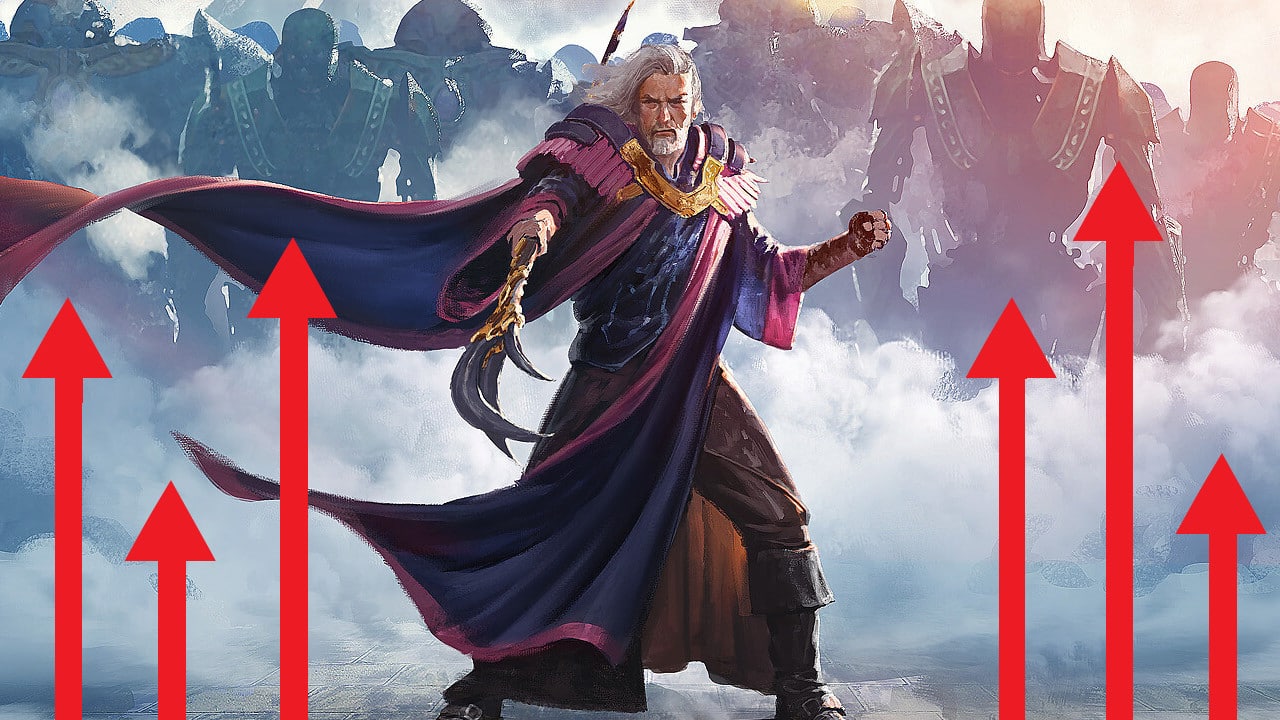 Prices Climbing Quickly For This Heavy-Hitting Modern Card - Is it Worth Buying Now?

In the right deck, slamming down an Urza on Turn 3 or 4 will lead to an easy win. The Lord High Artificer effectively turns all of your artifacts into Mox Saphires.

Mox Saphire is one of the “Power 9” (the 9 rarest and most powerful cards in Magic: the Gathering), and under normal circumstances, is not legal in Modern. But thanks to Urza, you can make a full field of them.

Premium versions of Urza are even more expensive. The foil-etched Urza is currently $60.00+. And the foil retro-framed Urza is almost $100.00!

Read More: It Was Once a Modern Staple, But Now It’s an Endangered Species

Why Did Urza Rise in Price?

There are a few possibilities as to why Urza rose in price.

First, Wizards of the Coast recently banned Lurrus of the Dream-Den in Modern. This announcement spurred a ton of market movement for cards costing three or more mana, like Seasoned Pyromancer and Ranger-Captain of Eos. Part of Urza’s rise could be attributed to the Lurrus ban as players look for new ways to close out games.

Lastly, The Brother’s War comes out later this year. This is a set focused on the feud between Urza and his brother, Mishra. It is possible that people are buying Urza now in anticipation of the upcoming set.

Is it Worth Buying Urza Now?

I recently bought a few copies of Urza despite the price hike because I think Urza’s price has room to grow further.

There is some risk to buying Urza right now. Double Masters 2022 comes out later this year, so there’s a chance WOTC reprints Urza. But if Urza doesn’t show up in the set, it will likely become more expensive as The Brother’s War approaches.

If you find any low-listed copies on TCGPlayer around $50.00, I’d personally jump on the opportunity.

Read More: It Keeps Rising – How Expensive Will This MTG Super-Staple Become?