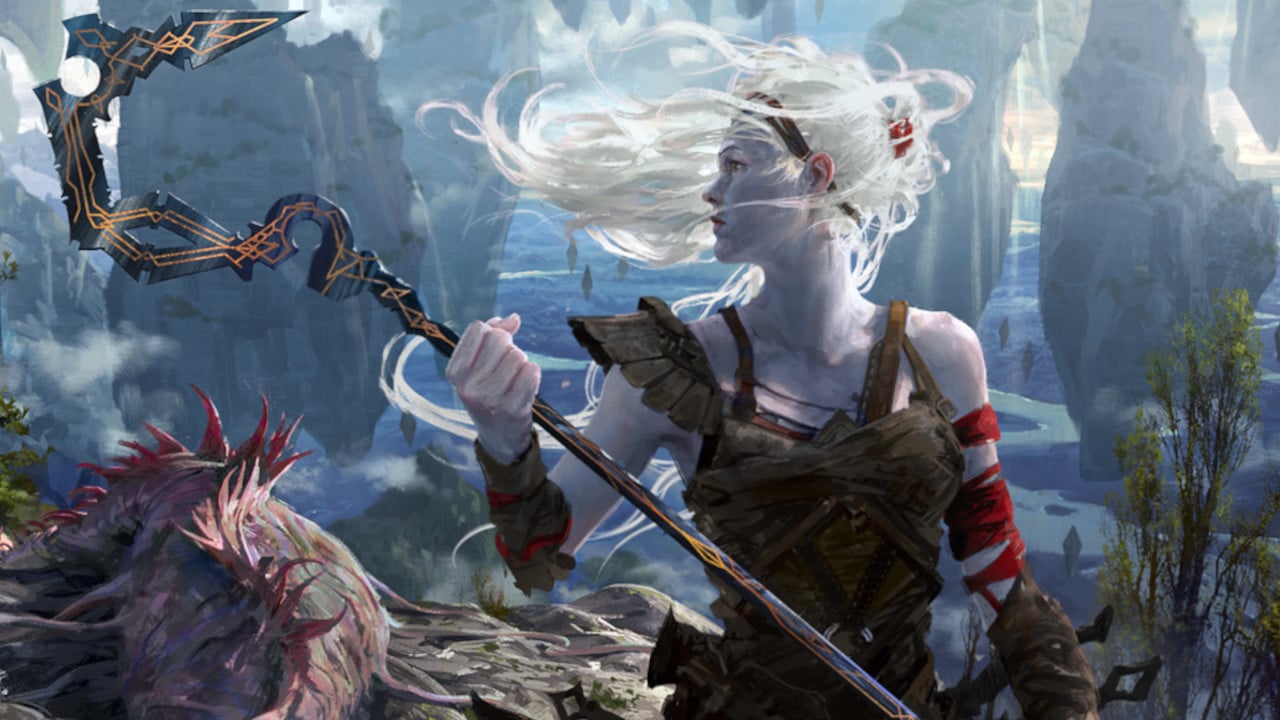 This Kamigawa Card is Renovating This Classic MTG Archetype in Modern

Death & Taxes is a well-established strategy in Magic: the Gathering with a long history. But recently released cards have inspired players to experiment with new variations of the deck. In fact, a new legendary land from Kamigawa: Neon Dynasty might change Death & Taxes recipes for good.

What is Death & Taxes?

Death & Taxes (D&T) decks aim to hinder their opponents from efficiently executing their own strategies. There are many ways to restrict our opponents from their resources, such as making certain cards more expensive to play (a.k.a. “taxing”) as seen on Thalia, Guardian of Thraben.

Thalia impacts most other Modern decks, taxing Control decks, Storm decks, and all other spell-heavy decks like Burn.

Leonin Arbiter impacts some of the most played cards in Modern: fetch lands. Scalding Tarns and Bloodstained Mires will cost your opponent mana to activate. Additionally, Arbiter combines well with Ghost Quarter because you can destroy an opponent’s land with no downside.

Archon of Emeria is a direct counter to Storm-style decks that try to cast multiple spells in a turn. But it also slows down opponents by causing their lands to enter the battlefield tapped.

Once you’ve sufficiently drowned your opponent in taxes, it’s time to move in for the kill. Stoneforge Mystic is the general go-to way of beating down your opponent’s life total. It can tutor impressive equipment from your deck such as Kaldra Compleat and Sword of Fire and Ice.

Read More: Prices Climbing Quickly For This Heavy-Hitting Modern Card – Is it Worth Buying Now?

Modern Death & Taxes decks are usually mono-white. But the traditional D&T decklist has undergone many changes as it gained many new toys in recent years.

Some D&T lists even expand to playing 80 cards to use Yorion, Sky Nomad, as a companion.

Read More: It Was Once a Modern Staple, But Now It’s an Endangered Species

Boseiju, Who Endures, can devastate opponents is a hyper-efficient removal spell that hits artifacts, enchantments, and nonbasic lands. Normally, Boseiju lets your opponent play a land from their deck in exchange for killing one of their permanents. But with Leonin Arbiter in play, Boseiju and Ghost Quarter will whittle away your opponent’s mana, giving them nothing in return.

By splashing green, Death & Taxes gets access to a few more interesting cards. Noble Hierarch is a good mana accelerant you can play on Turn 1 when you don’t have Aether Vial. Plus, you can play impactful Selesnya sideboard cards like Gaddock Teeg and Knight of Autumn.