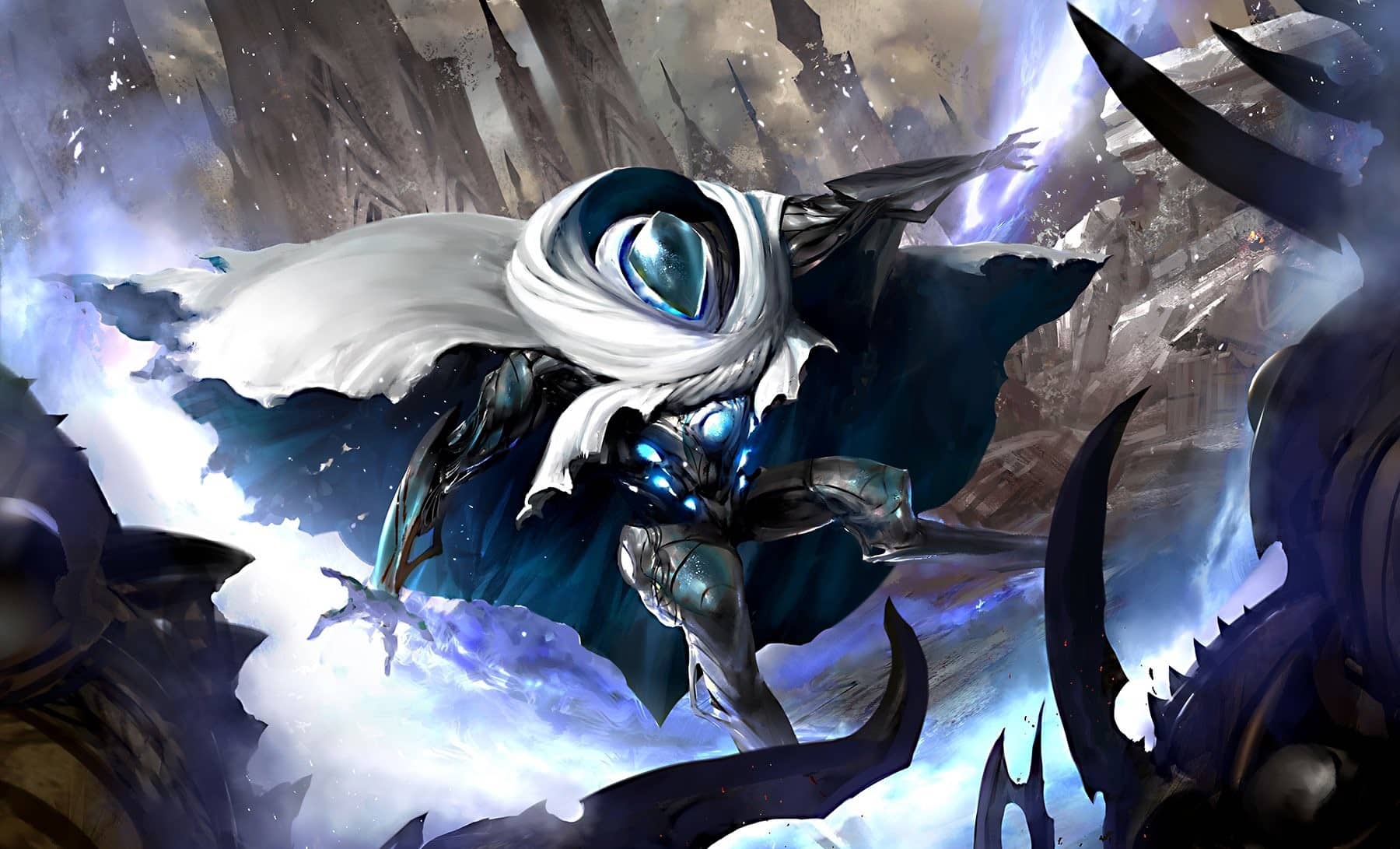 Several Brothers’ War prerelease kits seemed to have a rather peculiar error over the weekend. Some packs had their Uncommon slots replaced with Rare cards. Generally, the highest amount of Rares that a Brothers’ War Draft Pack should be able to provide is three. One would be the normal Rare slot, one would come from the Retro Artifact slot, and the last Rare would need to be a foil one. An error pack like this one would have four rare cards at minimum and six at the highest. This means that a player with six error packs in their pod could have a 36-rare pool.

In terms of balance, the implications of this can be absolutely devastating. The average pool of about 10 rares is going to have a very difficult time competing with a 15-rare one which, under most circumstances, will likely give the error pools a gross advantage.

This, ironically, affected the MTGRocks staff as well. I had two faulty packs of this nature in my prerelease kit, creating a pool with 16 Rares(pictured above). After playing out a set, I decided to drop from the event, as having a pool of cards so different from the rest of the event took the fun away from it. I will admit, however, that this was a very thrilling opening experience.

Commander Decks with Two Cards in Them?

This particular event seems to be a lot rarer than the previous one, but a tiny subset of players appears to be opening Commander decks with only two cards in them. Our featured Twitter user opened a Commander deck with multiple copies of the flagship Commander Mishra, Eminent One, and numerous copies of Ashnod, the Uncaring. @blakexkunkel asked Wizards if this deck would be Commander legal, which was responded to with the following:

“We’re gonna have to say ‘no’ on that, but if you provide us with some additional information at https://magic-support.wizards.com/hc/en-us/requests/new?ticket_form_id=360000002863… we’d be happy to send out a replacement deck!”

Considering Mishra, Eminent One’s current secondary market value, a lot of commenters pointed out that this error may be in the customer’s favor:

In all reality, should you get a Commander error like this, report it to the customer support link featured above. Not only will you have a crazy error product like this, but you should be able to replace it with a product that works as intended.

Last week, we wrote an article that highlighted an error with the Unearth cost of the card Mask of the Jadecrafter. Well, the Redditor who highlighted the error ended up going to a prerelease and getting the error he highlighted, proving that this misprint did affect some prereleases. This is the least impactful of the misprints highlighted here, but it does create a need for players to be aware of the Oracle Text.

In a situation where cards do different things than what they read, it’s obviously very easy for MTG players who are unaware of the error to play the card as read. Becoming familiar with the Oracle Text can help prevent these mistakes that, honestly, aren’t even the player’s fault. If there is a card that you’re unsure of how its effect works or, in this situation, are uncertain if the card’s printed values are correct, head over to gatherer.wizards.com and check out the card in question there. The best alternative, of course, is to consult a judge if your tournament has one. That said, most prereleases are casual. As a result, having a judge at one is pretty uncommon.

How to Fix Issues?

While I was allowed to play my pack as opened, I’m not sure if that was how we were supposed to handle this event at our prerelease. In hindsight, I could have opened a second kit that, after playing it out, could have gone back to the store for singles. While I had a second prerelease kit ordered for someone else, this won’t always be the case when error boxes are opened. This also assumes that extra prerelease kits are available, which is not always the case. Either way, for the sake of fairness at a prerelease, we can only hope that an error like this one at the Brothers’ War prerelease will not repeat itself in the near future.