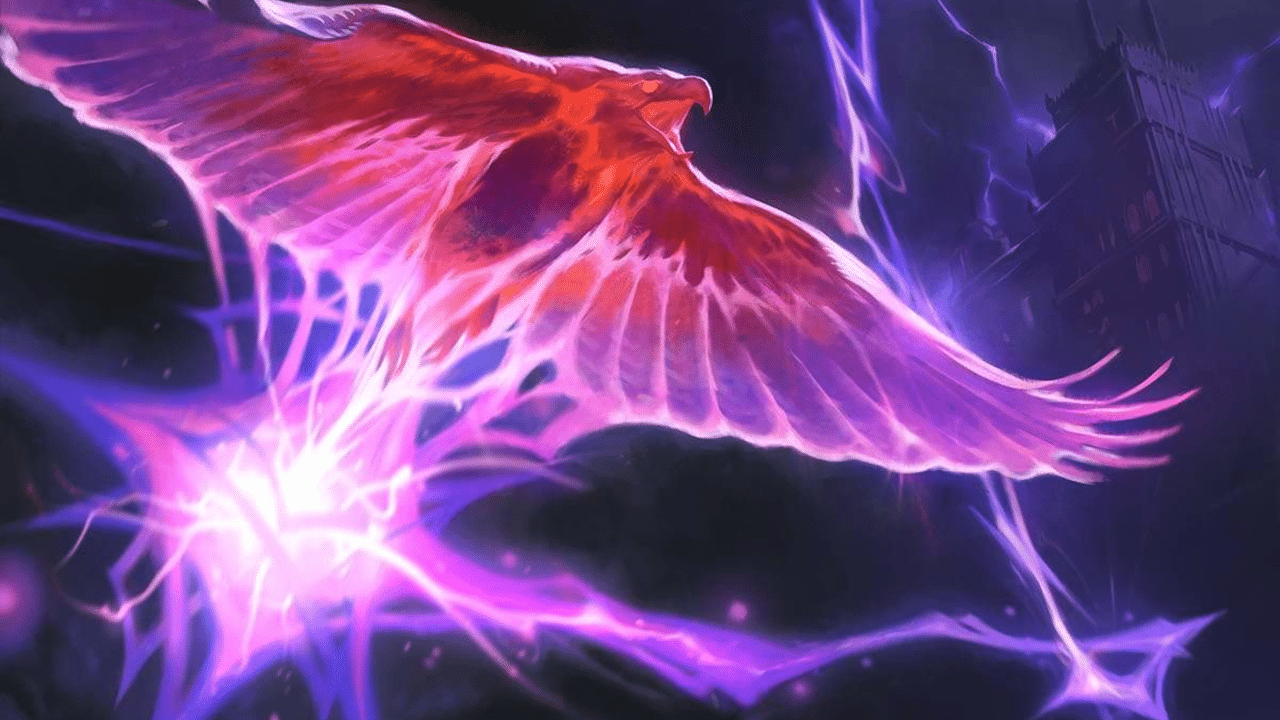 Can Izzet Phoenix Rise from the Ashes with Innistrad: Midnight Hunt?

IT’S SPOILER SEASON. Can you hear it? The whistle? The engine? Here it comes. It’s the hype train!

Innistrad: Midnight Hunt is just around the corner. Everything is in flux come spoiler season as players wait anxiously to find out if their favorite creature tribe gets the love it deserves, or for new planeswalkers, or if Wizards of the Coast will print new format-warping, busted cards like Uro, Titan of Nature’s Wrath. It is a lot of fun watching all the new cards roll in.

But perhaps the best place to be looking right now is toward the past. Specifically, how will the new cards affect pre-established decks and archetypes? That’s what this article is going to dig into as we specifically look at how one common card from Innistrad: Midnight Hunt may change metagames.

This seems like a fairly simple card, yes? What does it remind you of? Look at all those OPTical lenses in the illustration. I wonder what kind of decks will consider including this as a viable OPTion. Ah, that’s it! It looks a lot like Opt!

But there’s a big difference between Opt and Consider. Whereas Opt lets you put the top card of your library on top or bottom of your library, Consider gives you the option of keeping that card on top, if you need it, or putting it in your graveyard.

So, what kind of decks want to be both casting cheap spells and putting them in their graveyards? How about this one:

Will the Phoenix Rise Again?

Now, Faithless Looting was banned for several reasons, namely for the sins of Hogaak, Arisen Necropolis. But ever since then, Modern graveyard decks have struggled to find a replacement. Consequently, the Archlight Phoenix deck took a massive dive in popularity.

It seems promising, does it not? It may be worth running over something like Merchant of the Vale, which a lot of graveyard decks have taken to since the Looting ban. Or should I say, it’s at least worth considering.

But what’s better, is that Arclight Phoenix and a lot of its surrounding cast are legal in Pioneer. This is a lower-power format, and Arclight Phoenix is already an established deck in that format. Now it is receiving a big boost.

For all these reasons, Arclight Phoenix and Thing in the Ice are what I consider to be must pick-ups before Innistrad: Midnight Hunt releases on September 24, 2021. Consider may also be exactly what Demilich needs to shine and be included in the Arclight Phoenix strategy.

Read More: Up To 50% Off These MTG Carrying Cases