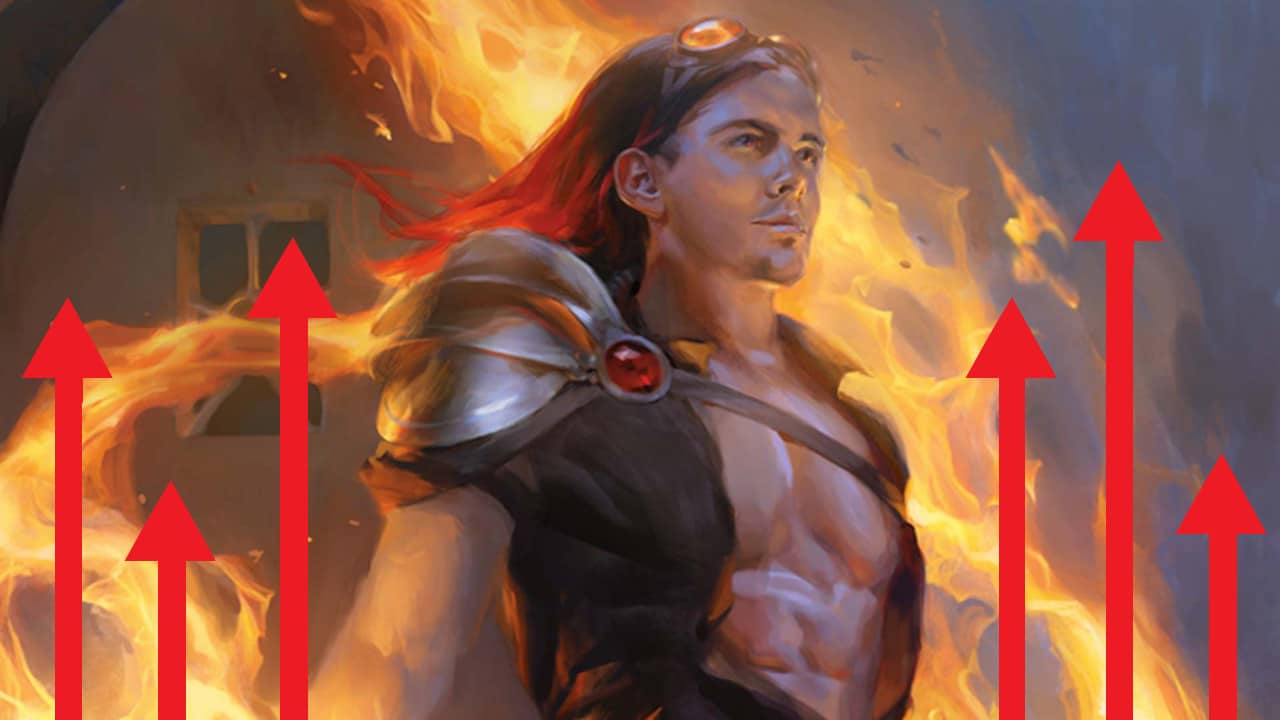 This Mythic Modern Card Exploded in Value Overnight - Did You Buy Yours?

Seasoned Pyromancer is making a comeback!

Wizards of the Coast dropped an unexpected B&R announcement on March 7, banning Lurrus of the Dream-Den from the Modern format.

This announcement has major implications for the Modern metagame. But there are also financial side effects to come from this banning.

On the day of the banning, I discussed several cards with the potential for financial gains. One of them was Seasoned Pyromancer, and it almost immediately skyrocketed in price.

Before Lurrus was banned, Seasoned Pyromancer was actually declining in price and reached as low as $23.00-$25.00. After the B&R announcement, Season Pyromancer leaped to almost $40.00. At the time of writing, only 56 listings remain on TCGPlayer.

Why Did Seasoned Pyromancer’s Price Rise?

Lurrus put a bottleneck on Modern. In order to play it as a companion, players couldn’t play permanents with mana values greater than two.

Normally, such a restriction would seem like a bad thing. But Lurrus was so good that, according to WOTC, nearly 1/3 of all successful Modern decks were playing the Cat companion. This pushed out many fun three drops in the format.

But with Lurrus gone, players have a reason for cards like Seasoned Pyromancer again.

What Modern Decks Will Pick Up Pyromancer?

None of these decks are necessarily doomed after the banning. Instead, they’ll pick up new, higher costed cards. Rakdos Midrange, Jund, and some Death’s Shadow variants are likely to test out Seasoned Pyromancer.

This midrange deck focuses on a heavy discard package including Thoughtseize, Inquisition of Kozilek, and Tourach, Dread Cantor.

After clearing out your opponent’s defenses, Rakdos Midrange decks will try to land a bigger threat like Kroxa, Titan of Death’s Hunger.

Seasoned Pyromancer helps fuel your graveyard for Kroxa’s escape ability. It can also be used to help refill your hand.

When Lurrus was still around, Jund tapered their mana curve, cutting traditional Jund cards like Bloodbraid Elf and Liliana of the Veil. It was better to grind value with Lurrus recasting Mishra’s Bauble each turn.

But with Lurrus gone, Jund has reason to include three mana spells like Seasoned Pyromancer. I am also a fan of the “super-friends” package of planeswalkers like Lili, Wrenn and Six, and Grist.