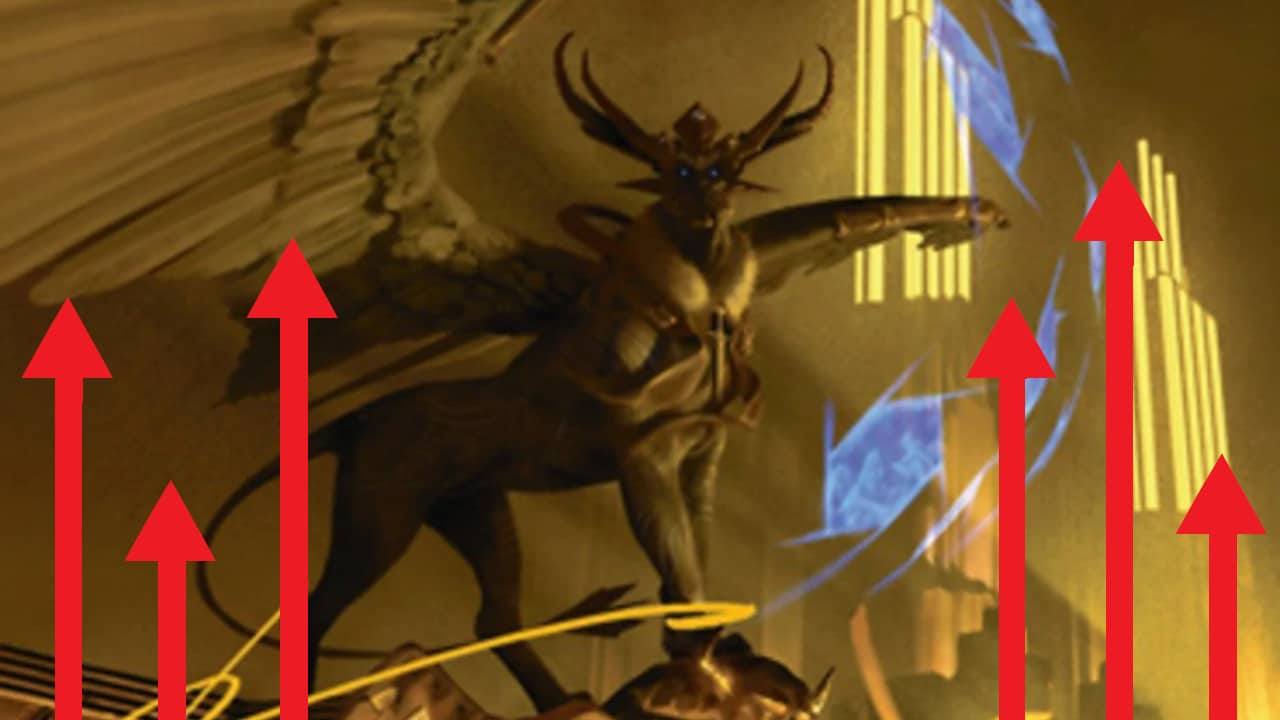 Each of New Capenna’s crime families is appealing to different players. And while players are using cards from each family in various Magic formats, as far as the bosses of each family go, they mostly had Commander appeal. In fact, upon the release of Streets of New Capenna, none of family bosses majorly impacted constructed formats until Raffine, Scheming Seer, broke into Standard. Now, its price is on the move.

At the start of May, Raffine (regular art) was about $1.50. It rose to about $6.00 toward the end of last week. And over the weekend, Raffine, Scheming Seer, continued to rise in price and is now about $8.00.

The showcase version is now approaching $15.00 as there are only 28 listings left on TCGPlayer. And the Gilded Foil version of Raffine is now the most expensive Gilded Foil in the set, coming in at almost $80.00!

Why Did Prices Rise?

People have begun to understand the power of the new mechanic, connive. It’s basically the same thing as “looting” (drawing and discarding a card) but it has the benefit of potentially buffing your creature with +1/+1 counters.

This is why Ledger Shredder rose in price last week. And it’s why the price of Raffine, Scheming Seer, closely followed suit.

In addition, Raffine rose in price is because of its growing popularity in Standard, where four copies of the Sphinx Demon are used in Esper Midrange. Let’s check out the deck:

Esper Midrange takes some of the concepts of Mono-White Aggro decks, but goes a bit bigger with its strategy. It still plays aggressive creatures like Luminarch Aspirant and the new Tenacious Underdog. And Raffine, Scheming Seer, can pump their stats further.

But Esper Midrange also plays a package of planeswalkers including Kaito Shizuki, Lolth, Spider Queen, and The Wandering Emperor, as sticky threats to accrue value over several turns.