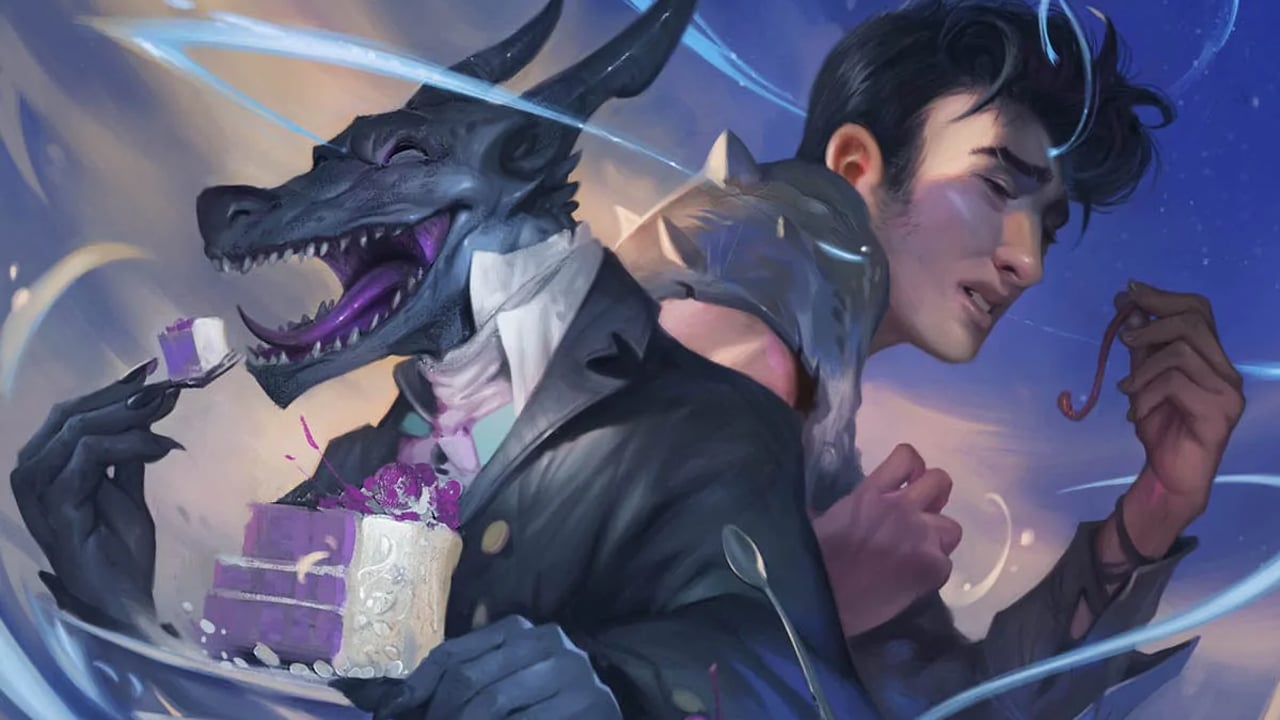 In case you’ve somehow missed Wizards’ eager 30th Anniversary celebrations, this is a big year for MTG. Initially launching in 1993, technically, the 5th of August of 2023 is the official anniversary date. Despite this small detail, Wizards has already started over a year-long celebration because “it’s our birthday, and we’ll party if we want to.” Thankfully, the MTG’s anniversary party isn’t only for Wizards to enjoy, as players can also enjoy commemorative and celebratory products. These include the 30th Anniversary Countdown Kit and 30th Anniversary Edition. While Wizards already has more than enough to celebrate, MTG may also have another milestone on the horizon: the 100th set. There’s only one problem. No one knows which set that actually is…

Initially, frequent Question Mark and Tumblr user Honor-Basquiat proposed that they had the answer to this surprisingly tricky question. Taking their findings to Blogatog, Honor-Basquiat stated to Mark Rosewater that “the set after The Lost Caverns of Ixalan will be the 100th Magic expansion set.” Following this declaration, Honor-Basquiat went on to ask, “is this a milestone that will be celebrated or acknowledged? Is this something that was consciously considered when designing and developing the set that follows The Lost Caverns of Ixalan or not really?” Responding to this intriguing and probing question, Mark Rosewater simply “what are you counting exactly?”

In theory, the answer to that question should be an easy one. After all, it should be simple enough to count up all the sets in MTG’s nearly 30-year history. In actuality, however, the answer isn’t anywhere near that simple. Not only have Wizards released additional sets as well as premier sets, but core sets further confuse the count. As Tumblr user Igosvse pointed out, this makes counting to 100 surprisingly difficult. “I counted up all the sets that have ever been Standard-legal, and it’s still ambiguous which one is the 100th.”

In their post, Igosvse identified five main issues that are preventing counting from being the simple task it usually is. “1) Do core sets count? (2) What about Welcome Decks? (3) Do Alpha and Beta count as the same set? (4) Does Chronicles count? (5) Do Time Spiral and Time Spiral Timeshifted count as separate sets?” As a result of all this complexity, Igosvse claimed that the 100th MTG set could be “anywhere from Rivals of Ixalan to ‘Quilting’.”

Thankfully, after being confronted with this issue, Mark Rosewater responded to provide players with some clarity. By their decree, Welcome Decks don’t count, Limited Edition is just one thing, Chronicles doesn’t count, and Time Spiral is the same thing as Time Spiral Timeshifted. While Rosewater said they’d “like to hear the result of yet and no,” for core sets, it seemed that MTG players were finally getting close to solving this riddle.

For this hard work, Icethepartyplanner received a “thanks for doing this” from Mark Rosewater, however, the initial question remained unanswered. To try and clear up any remaining confusion, Igosvse took to Blogatog once more to reiterate Icethepartyplanner’s research. “Using all of your criteria, the 100th Magic set, including core sets, was Core Set 2020. Excluding core sets, it will be the currently-untitled Spring 2024 set, currently codenamed ‘Quilting’.”

Responding to Igosvse, Rosewater finally gave players an answer about what the 100th MTG set actually is. Stating, “that’s my favorite answer, partly because it’s not in the past. : )” Rosewater revealed that Quilting is the 100th Magic: the Gathering set. Due to be released in the Spring of 2024, little is known about this set so far. However, it’s undoubtedly going to be one to remember.

Now that we finally have an answer, it’s time to start getting excited, right? Surely Wizards of the Coast has something up its sleeves to make this set truly special! Judging by the confusion surrounding which set the 100th MTG set even is, that doesn’t appear to be the case, unfortunately. If anything, Rosewater’s lack of knowledge suggests that until Honor-Basquiat pointed it out, Wizards was none the wiser about this momentous milestone.

Allaying our fears somewhat, Mark Rosewater was recently asked if there were “any big plans for Magic’s 100th expansion” by Noahmatthews1399 on Blogatog. In response, Rosewater attested that “it’s a cool set : ),” however didn’t elaborate any further beyond that point. In the comments, Blogatog users didn’t doubt this assessment, as cool sets aren’t out of the ordinary. Reading too deep into Rosewater’s statement, however, it’s easy to assume that nothing truly special has been planned.

Thanks to Magic: the Gathering having a roughly two-and-a-half-year development cycle, much about Quilting will have already been decided. Vision design’s design document will have long been sent off, with the set and play design teams now being hard at work. Subsequently, it may be hard to change much about the set to make it more befitting of the surprise milestone.

While a truly commemorative set may be out of the question, thankfully, this isn’t the only weapon in Wizards’ arsenal. Alongside tweaks to set design, Wizards could utilize Booster Fun frames and similar promotions to properly celebrate Magic’s history. Additionally, Magics’ 100th set could be an excuse for more commemorative Secret Lair drops to be sold! At the end of the day, even if Quilting isn’t anything out of the ordinary, Wizards is now at least adequately aware of the set’s significance, so we should be able to enjoy some kind of celebration at least.

Read More: Jumpstart 2022 Is a Tribal Players’ Dream but Who Is It Really For?