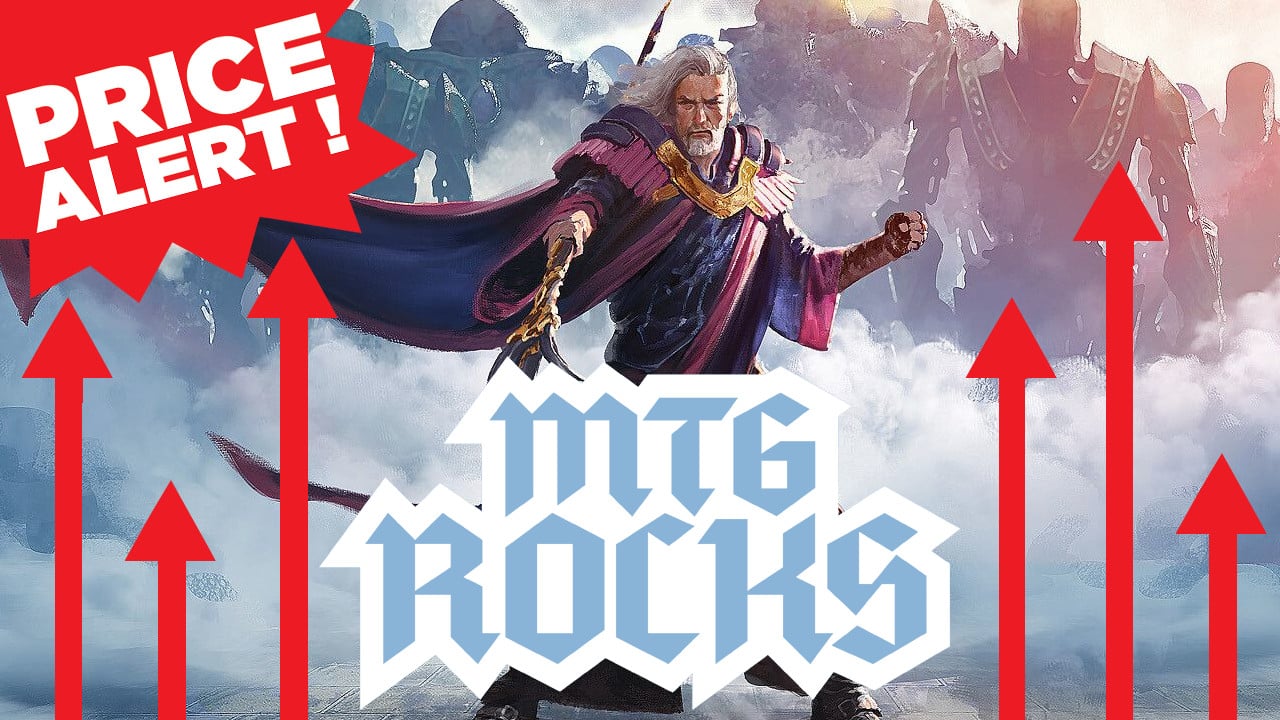 Prices Are Going Up For This BUSTED Modern Staple!

Modern Horizons 2 is one of the most powerful Magic: the Gathering sets ever printed. With countless MH2 cards having infiltrated every nook and cranny of Modern, the format simply doesn’t look the same after the set was released.

One MH2 card, in particular, was thought to be so powerful, that many Magic players once rallied for it to be banned. While the card undeniably changed the Modern format, it also spawned entirely new decks and gave new life to old decks. That card is Urza’s Saga, and recently it’s been rising in price.

Urza’s Saga floated around the $19.00-$21.00 range for a long time after it was released. Today, the Enchantment Land is pushing $25.00 and is on course to continue trending upwards.

What is Causing Urza’s Saga to Rise in Price?

When Urza’s Saga first hit the Modern seen, plenty of articles were published about whether or not Urza’s Saga would get banned. This negative attention likely suppressed the price of Urza’s Saga. Because who would want to buy 4 copies of a $20.00 for it to be unplayable in one month’s time?

Well, the dust has mostly settled since MH2. The Modern metagame is in a healthy place. Urza’s Saga is also well positioned within the format; it’s strong, but not too strong.

Because the talks of banning Saga have died down, players are beginning to feel more comfortable buying Urza’s Saga. And there’s good reason to buy it! Urza’s Saga is used in so many Modern decks!

$25.00 can seem like a lot of money for this colorless land. But just look at how many decks play it:

Best Cards to Get With Urza’s Saga

Other than the fact that Urza’s Saga can make absolutely huge Construct tokens, it also has the ability to tutor your library for artifacts, making Urza’s Saga extremely versitile.

This is a great way of finding sideboard hate like Pithing Needle and Relic of Progenitus. But it can also find crucial artifacts that you build your deck around like Amulet of Vigor (in Primeaval Titan decks), The Ozolith (in Hardened Scales decks), and Colossus Hammer (in Hammer Time).

Where Will Urza’s Saga Go From Here?

Urza’s Saga could end up being a $30.00+ card in the long run. The more Modern decks include it, the more demand there will be for the card.

And this isn’t even mentioning the playability of Urza’s Saga in Commander where it can tutor some of the most powerful mana rocks in the game like Sol Ring and Mana Crypt.