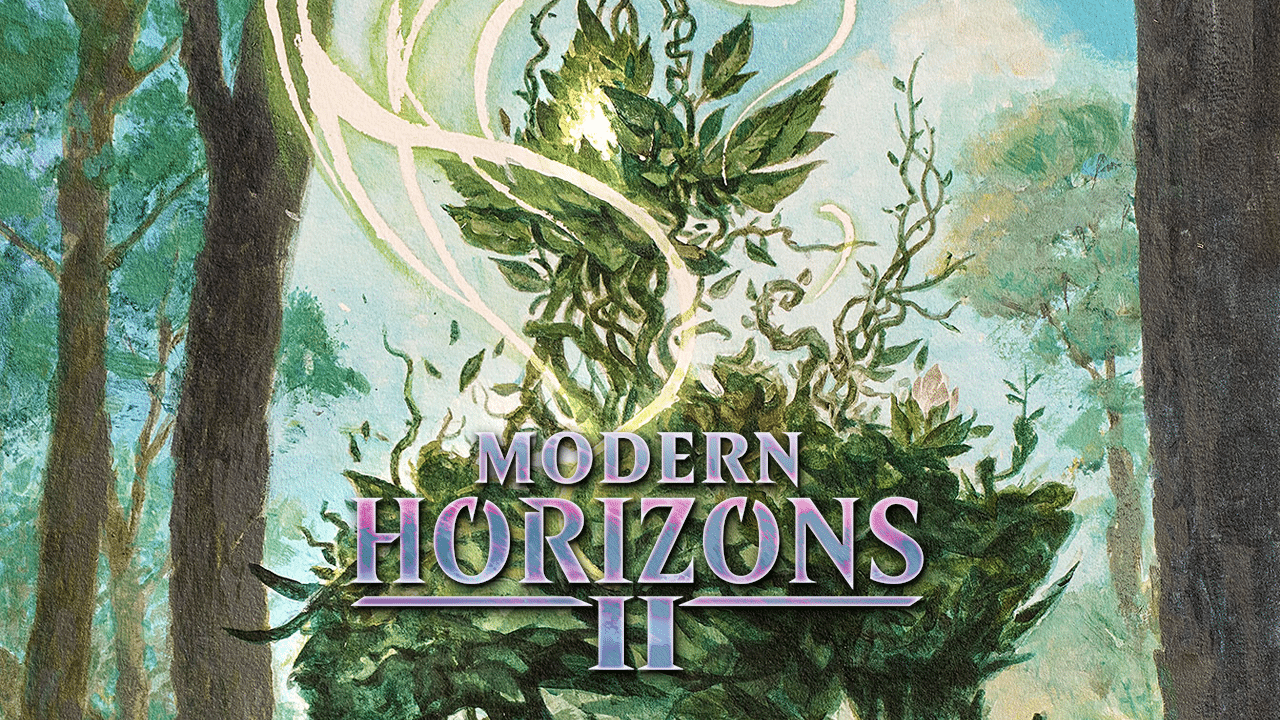 MTG's Modern Horizons 2 Is the Most Powerful Set Ever Printed

Magic: the Gathering has had some really powerful sets printed in the past few years. From Throne of Eldraine to Kaladesh, standard has had some powerful sets come through it’s rotation. While these sets are incredibly impactful, they pale in the comparison to the most powerful set of all time, Modern Horizons 2.

My claim for this being the most powerful set ever printed is based around how it much it warps format around it more than any other set. Let’s look at Modern first.

Looking at how the Modern meta has evolved since the release of Modern Horizons 2, we’ve seen cards from the set take over. Ragavan, Nimble Pilferer, Dragon’s Rage Channeler and Unholy Heat have become staple cards in any deck that can play them, and there’s quite a few.

Urza’s Saga has enabled a swath of new strategies centered around various 0 and 1 mana artifacts, and are some of the strongest decks in the format. Shardless Agent have helped enable a few different Cascade decks in the format that are also really powerful. Endurance is the example that I’ve chosen here, but all of the Evoke Elementals have been incredibly impactful in the format. They’ve slotted into multiple decks, and have even spawned some on their own.

READ MORE: 5 New Decks To Look Out For in Innistrad: Midnight Hunt Standard

A bunch of cards in Modern Horizons 2 have been added to Magic Arena, in Jumpstart: Historic Horizons. The impact of the set is being felt throughout the format as well. The entire format warped around Dragon’s Rage Channeler and Unholy Heat in the opening days of the set. There’s multiple archetypes that are utilizing this pair of cards across a few different colors.

Serra’s Emissary has helped bring the Jeskai Indomitable Creativity deck back into prominence as the best top end card to play. Esper Sentinel has found homes in multiple decks from Tempered Steel to Humans to Collected Company decks, this powerful 1 drop has been a huge card advantage engine for those decks. Zabaz, the Glimmerwasp and other Modular creatures in MH2 have been instrumental to helping the Hardened Scales decks finding footing in the meta.

READ MORE: The 10 Most Impactful Cards From Jumpstart Historic Horizons

While the wide spread impact of MH2 isn’t quite felt as heavily in Legacy, the power house cards in the set definitely made an impact. With these 4 cards, Izzet Delver is now double the meta percentage than the next played deck, and this definitely was due to these cards entering the format. The card pool in Legacy is absolutely massive, so it makes sense that the set wouldn’t be able to do a wide spread take over.

READ MORE: Top 10 Most Annoying Magic: the Gathering Modern Decks To Play Against

At the end of the day, Modern Horizons 2 is the best selling set in Magic‘s history. It was incredibly well received by the player base and community, and I expect that Wizards of the Coast is keen to make another set just like this in the future. I do enjoy seeing metagames shaken up by sets, but I feel like having impactful set after impactful set doing what MH2 did to any given format isn’t healthy for the game. Hopefully Wizards can strike that balance of being good, but not format warping for other sets in the future.

What are your thoughts on this? Is Modern Horizons 2 too powerful of a set for the impact that it’s been having on the game? Or do you like having a massive shake up of formats with awesome new cards? Let us know in the comments!