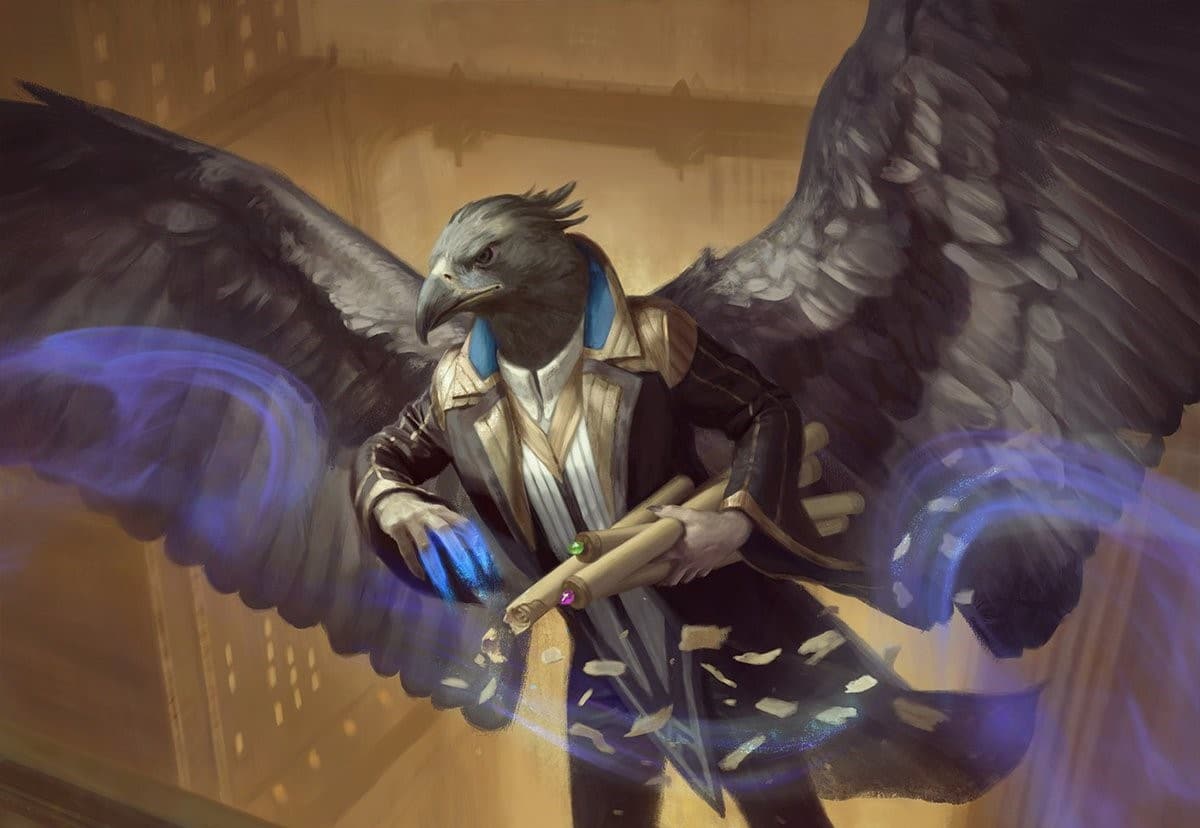 We’re nearing the end of the year, and as we all begin celebrating 2023’s arrival, we should take a step back and celebrate some of the amazing cards that 2022 brought to MTG. Some things may be better left forgotten, but some of the powerful cards introduced this year are ones we will never forget. Here are some of the most impactful cards introduced in 2022 MTG products this year! To be clear, only cards that had their first printing in 2022 will be eligible for this list.

Leyline Binding was another card introduced in Dominaria United that impacted play across multiple formats. Pioneer, Standard, Modern, Alchemy, and Explorer all saw this massive enchantment warp the meta bit by bit. This card promoted a lot of archetypes falling behind by offering a universal way to answer threats for cheap!

While casting Leyline Binding for one mana can be a tall order, it’s surprisingly easy to accomplish in a format like Modern. Triomes from Ikoria and Streets of New Capenna make finding five Basic Land types as early as turn two a reality. Fetch Lands can help fill out the missing pieces, giving you access to all your colors and a bit of removal.

Alchemy had an exciting use of this card. Appearing at the Arena Championships, four-color Domain control had a unique combo of using Fragment Reality to destroy your own Leyline Binding. This allowed you to cheat in an early Sphinx of Clear Skies and bury your opponent in card advantage.

Sheoldred, the Apocalypse was introduced to MTG through Dominaria United and impacted multiple formats in a significant way. While the card was not powerful enough to heavily influence Modern, Sheoldred, the Apocalypse saw a ton of play in Standard, Pioneer, Alchemy, Explorer, and Commander. Of her achievements, the most notable was her rise to fame in Rakdos Midrange in Pioneer. The deck is still widely considered among the best in the format.

Sheoldred’s ability to tax your opponent’s draws put it in a different tier from other cards released in 2022. Sheoldred has a gigantic body that is very awkward to trade with, the ability to present a demanding clock on opponents that interacts with various strategies, and an opportunity to pad your own life total if you’re in the controlling position.

In Commander, Sheoldred was a fan-favorite Commander for a time, causing some massive spikes in the secondary market. The rise and fall of Seizan, Perverter of Truths was primarily due to this card’s existence.

While Ledger Shredder offers card selection and a constantly growing body, one of the best things about it is the sort of unspoken stress it places under your opponent. The incentive to only play one spell per turn to dodge Shredder’s Connive can easily make an opponent take suboptimal lines to try and minimize your advantage obtained with the creature.

Ledger Shredder is currently a part of a ton of tier-one decks in multiple formats. To highlight just how impressive this card was for the duration of 2022, here are all of the decks that it helped define:

#2 Fable of the Mirror-Breaker

Honestly, this card has been so deeply ingrained in so many MTG formats that it was easy to forget the card was printed in 2022. If not for the #1 spot on this list, we may have assumed it’s been part of the game for years now. Fable of the Mirror-Breaker is bizarre because it has defined multiple metagames since its release, but there was a period where it saw no play because no one knew about it.

This card does it all. Fable of the Mirror-Breaker creates a threat that can ramp mana with its first chapter, fixes your hand with its second chapter, and turns into a win condition with its third chapter. Letting an opponent flip multiple copies of this card recreates the terror brought by its original namesake. You can create numerous copies of the Reflection of Kiki-Jiki to end your opponent in one colossal swing. This card currently defines the Standard format while being a large part of Alchemy, Explorer, Historic, and Pioneer. The card also sees Modern play, but takes a back seat compared to cheaper threats.

#1 Boseiju, Who Endures and the Other Kamigawa Channel Lands

Boseiju, Who Endures and Otawara, Soaring City are a tier above the other Channel lands, but these cards changed how competitive Magic is currently being played. These see play in every single format they’re legal in and have made some other strategies much more potent as a result.

These are simply seeing play all over the place. In Pioneer, Modern, and Standard, you play a few copies of the cards in your appropriate colors to have more flexibility in your decks. Sometimes Otawara, Soaring City needs to be a land, but when it doesn’t, bouncing a permanent can win you a game, something an Island could never do.

The amount of ways these lands have changed Magic is an article on its own, so for the sake of this list, I’ll give an example of how these lands have impacted my own play: I won a $1K about a month back playing the Grinding Breach combo deck in Modern. In the grand finals, my opponent just cheated a bunch of Archon of Cruelty onto the board using Indomitable Creativity. I allowed this to happen because I knew that I could win the game as long as my Underworld Breach didn’t get counterspelled.

In order to win the game, however, I have to play around Boseiju, Who Endures. This land can singlehandedly stop my combo because Underworld Breach is an enchantment. Since Boseiju’s Channel activation is an ability, I cannot counter it in any way. I could Pithing Needle Boseiju ahead of time to stop its activation, but that card is pretty bad in the Creativity matchup, so I left it in the sideboard.

Either way, I know this deck usually plays a few copies of Boseiju, so I need an answer to it if I plan on winning the game. Because I let my opponent make a bunch of Archon of Creativity, I only have one turn before I lose too much advantage, and the game becomes unwinnable.

I had the option of using Otawara, Soaring City to bounce one of my opponent’s token creatures and cut the number of Archons down, but I need an out to Boseiju more than I am afraid of an extra Archon. Chances are, if he has the Boseiju, the advantage created by one Archon of Cruelty is still going to be enough to end the game unless I draw incredibly well. As a result, I kept Otawara to bounce my own Underworld Breach. As stated before, because Boseiju is an ability, the card cannot be countered, so bouncing my own Breach with Otawara is one of the few outs I have to a Boseiju outside of simply having two (or escaping one after the first resolves, but that was not an option). This turned out to be the right decision, winning me the whole tournament.

The point of this story is to demonstrate the impact that Channel lands are having across multiple formats. Unfortunately, these cards are a bit expensive, but the unique decision-making trees they present in games of Magic make them more interesting. Hopefully, the game designers responsible for creating these incredible MTG cards will pat themselves on the back and use them for further inspiration for cards coming in the future!