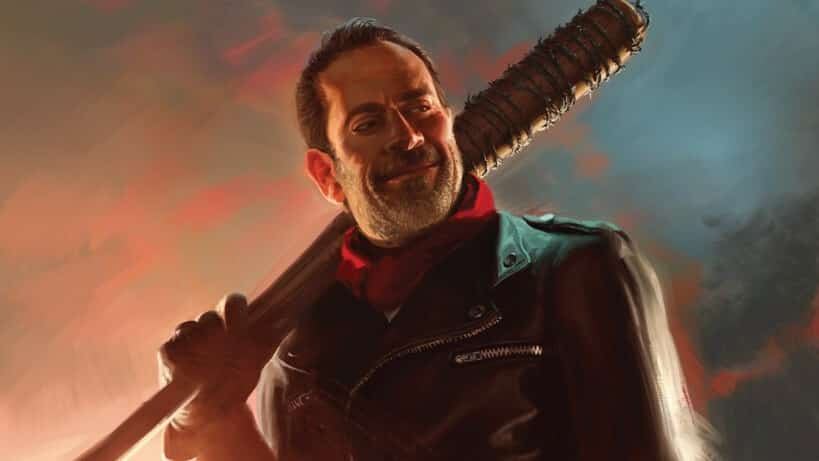 However, the latest crossover event, the one with Stranger Things, has us feeling far less optimistic. We appreciate the fact that the crossovers are cool, in fact, Adventures in the Forgotten Realms is easily one of the most interesting sets we’ve seen in years. However, that was a set we could all get access too, and the Stranger Things Secret Lair isn’t.

Cool cards for everyone, or not

Secret Lairs are, by their very nature, limited products. They’re designed as incredible collector’s pieces that bring new artwork to classic cards. Each one has a different feeling thanks to the amazing designs they run with, and frankly, they’re good products. They’re perfect for players who have a bit of spare cash, and those who want to show off their love for the game. We are in favor of them, generally speaking.

However, they’re only good products when they are as we’ve described above. We are far less keen on the approach that we saw with The Walking Dead last year, and as such, aren’t keen on the new Stranger Things crossover either.

Rather than bringing older cards back with new artwork, both of these sets introduce mechanically unique cards into the world of Magic. These aren’t silver-bordered though, but cards that are legal in eternal formats. The difference here is that The Walking Dead cards aren’t coming to normal MTG, as far as we can tell, but that the Stranger Things cards will appear in booster packs next year, but with a proper Magic skin. While we prefer the latter take on these things, it still feels bad.

In essence then, if you buy the Stranger Things Secret Lair, what it means is that you’re not just getting special skins for MTG cards, but also getting access to those cards roughly six months earlier than a lot of people. It feels gross, frankly, because not everyone can afford these.

Sure, that’s the case with Magic as a whole, after all, none of us thinks this is a cheap hobby, but it doesn’t change the fact that there will be lots of Commander players out there who now have to decide if they want these cards now, or if they’re happy to wait. By the time anybody is playing with them, the Secret Lair will likely have sold out, which means that any envy they feel will likely feed into future decisions about buying these Secret Lairs early next time.

It all feeds into the weird anti-consumer stripe that seems to be informing a lot of what’s going on with the game we love. It’s good that we’ll all eventually get access to these cards, sure, but it’s not good that it’s all feeding into the FOMO that’s inevitably going to lead to some people making bad final decisions to avoid feeling and about the game they love. But hey, this could well be because this is the new approach.

Not everything is for you

Now, the above statement is clearly true. A lot of us forego specific formats in favor of others because we don’t like how quick Standard rotates, or the idea of buying a Vintage deck instead of literally owning a house is one that we can’t stomach. Whatever your reasons, it’s unlikely you play every format, and that’s always been the case.

However, thanks to a recent interview with IGN, it’s clear that that’s no longer just the case, but far closer to the whole point. Tom Marks of IGN chatted to a lot of people in this excellent piece on how people view MTG, and one of those people is Aaron Forsythe, the vice president of design for MTG. The article states that, “Forsythe tells me he knows the influx of product will likely turn some people off, saying even he sometimes has the experience of not recognizing a card when it gets played across the Commander table from him.” That’s someone who is very high up in the company admitting they can’t keep up with everything that’s being released. So how are we meant to?

Well, we’re not. The article also states that “Forsythe says players may have to reframe how they think about Magic,” because it’s becoming a hobby that you’re not expected to keep up with everything, like Baseball. Except, this isn’t baseball. Sure, nobody watches every baseball match, or at least most don’t, but most MTG players enjoy knowing every single card. Recently though, that’s impossible. Maybe that is by design, and maybe people aren’t meant to feel bad about not being able to afford the Stranger Thing drop, and therefore missing out on cards for six months. But guess what, people are going to feel bad about it, and that’s going to leave them feeling pretty uninterested in the hobby in the long run.