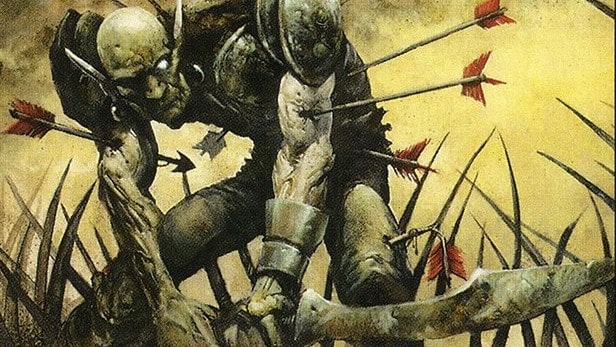 We don’t want to spend the entirety of this intro being sad about the fact that this card isn’t called Careless Whisper, but we’d also be remiss if we didn’t mention it at the very least, because we are rather upset about the whole thing.

Alas, the world is not perfect, and neither is MTG, and that’s why there are so many odd cards out that really don’t seem like they’ll actually be good for anything. Of course, most cards in Magic are good in specific circumstances. So, let’s talk about Endless Whispers.

What is Endless Whispers?

Endless Whispers is a four-mana black enchantment that gives every creature, “When this creature dies, choose target opponent. That player puts this card from its owner’s graveyard onto the battlefield under their control at the beginning of the next end step.” Aside from potentially offering up one of the most entertaining political meta-games in any Commander game you play, it’s a tricky one to evaluate.

There are three things we can reasonably expect to do with this. The first one is to simply embrace the chaos that this allows for, and enjoy literally nothing making any sense for the rest of the game. However, that’s not one we can really take advantage of, and chaos like this often gets you killed early on, unless you make use of Homeward Path to keep everything a little easier to grasp.

Instead, we can either look at punishing players for having our things, which is fun in its own way, or simply go for something like group hug. Well, good news, we’ve got a commander for each of those, so let’s take a proper look at both.

Blim, Comedic Genius is a four mana black and red 4/3 with flying. It reads, “Whenever Blim, Comedic Genius deals combat damage to a player, that player gains control of target permanent you control. Then each player loses life and discards cards equal to the number of permanents they control but don’t own.”

The aim here is simple then, give a lot of your stuff to your foes, hit them with Blim, and then win the game. After all, the effect hits everyone, even if Blim didn’t hit them, so there’s no worry about playing favorites here. You can make sure everyone’s messing about with each other’s cards using Share the Spoils, which allows people to pick from a pool of each other’s things, which is great fun.

You can also play cards which are guaranteed to go to other players too, like Xantcha, Sleeper Agent, Humble Defector, and Sleeper Agent. All of these cards will be flitting around the table a lot or just come into play under someone else’s control, so you can really make the most of them. Of course, if you want to gift some horrible cards specifically, then Captive Audience, Lich’s Mastery, Midnight Oil, and Demonic Pact are all good options. Nothing in life is free.

Honestly, Shadrix Silverquill is less about group hug, and more about getting everyone to kill each other instead of you, but hey, it’s basically the same thing. Strixhaven introduced some excellent choices including the commander themselves. So, you’re going to want Breena, the Demagogue and Combat Calligrapher in this deck.

You’ve also got Keeper of the Accord, which will allow you to profit off of players with more creatures or lands than you, and should probably be in any deck you own with white anyway. It’s not good to be the only one benefiting though, so Scholarship Sponsor is a good way to keep people happy as it lets everyone get some lands, and Benevolent Offering allows you to give tokens to a player and life to a player, which they’ll appreciate.

Finally, it’s a good shout to try to get people not to attack you. Nils, Discipline Enforcer allows you to buff other players’ creatures, but also makes it harder for them to attack you without paying mana. Then there’s Cunning Rhetoric, which is an enchantment that means if anyone attacks you, you get to exile the top card of your library and then cast it later whenever you feel like it.