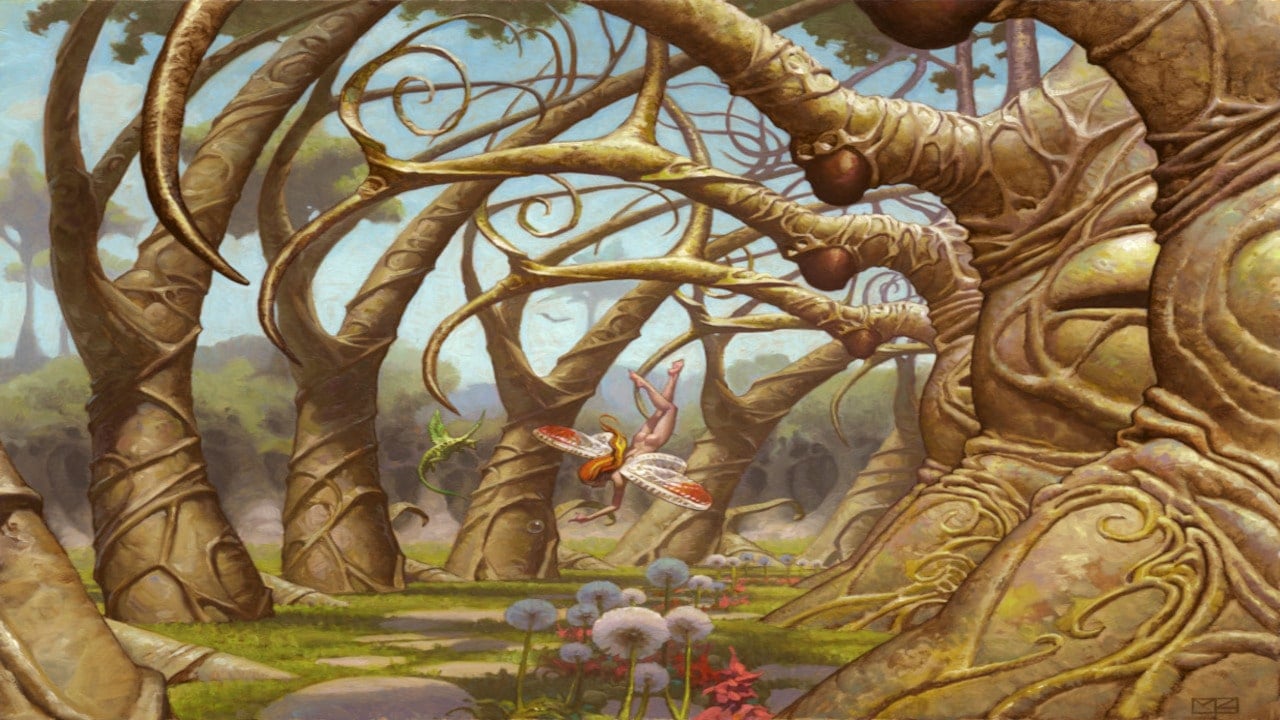 The 10 Most Expensive MTG Cards in Legacy

Legacy has always been a format that has been hard to get into due to it’s cost and the Reserved List. As time has gone on, the format has gotten even more expensive, so today we’ll take a look at the 10 most expensive cards in the format. We’re not going to list off the individual original dual lands since they would take up most of the list. Just know that they are in the mix.

BUY ON TCGPLAYER
Force of Will is definitely one of the defining cards of the format. Blue is a very popular color to play and having a free counter spell is never going to be bad. Originally printed in Alliances, and getting recent reprints in Eternal Masters and Double Masters, the card has stabilized between around $100. Of note, this is the only non-reserved list card on this list.

BUY ON TCGPLAYER
Aluren is a card that has seen recent spike in price at the beginning of the year. It’s currently used in combination with Acererak the Archlich for an infinite combo. It’s settling between $80 and $120 depend on the condition.

BUY ON TCGPLAYER
Null Rod is pretty much a sideboard card that’s aimed at stopping the Karn Echoes decks, but I think that th eprice for this card is more dictated by Vintage. Either way, this one is still coming in between $90 and $125 depending on condition.

BUY ON TCGPLAYER
Intuition comes in at number 7 and is a bigger jump in the price tag. This card finds a home in Sneak and Show, and lets the deck find either a Sneak Attack, Show and Tell or a sneak target. This one is coming in at a cool $188 dollars.

BUY ON TCGPLAYER
City of Traitors is a staple land in the format, effectively ramping you for a key turn in the game plan. Decks from Sneak and Show to Mono Red Prison take advantage of this powerful land, and the pricing shows. It’s coming in on average around $300. Condition of this card heavily plays into the value, as finding a near mint one is extremely difficult.

Next up is Grim Monolith. This one is really only seeing play in the Karn Echoes deck. The $300+ price tag is primarily driven by Commander. In cEDH, cards like Grim Monolith are often used in infinite combos. This is also pretty hard to come by since it’s also reserved list, so there’s an even bigger audience for this.

Number 4 on our list is Lion’s Eye Diamond. This Mirage artifact is utilized in many decks in the format, primarily in Storm, Echoes, and Doomsday. These are pretty highly sought after as they sit right around $600.

BUY ON TCGPLAYER
Mox Diamond starts the top 3, and this makes a ton of sense. It has a very low cost to the benefits that it gives, and is seeing play in a few popular decks, Lands and Knight of the Reliquary. This one also comes in just over $600.

One of the most powerful lands in the game is Gaea’s Cradle. It has a couple homes, but primarily sees play in Elves. This one is interesting, because at the beginning of 2020, this card was around $300, but in August 2020, it was subjected to a massive buy out and the price spiked to around $1000, and it’s holding steady.

READ MORE: Arclight Phoenix is Rising in Play and PRICE

1. The Tabernacle at Pendrell Vale

Finally, the grand daddy of them all, The Tabernacle at Pendrell Vale comes in between $3500 and $6000. Seeing play primarily in Lands, it really puts a damper on creature decks.

There it is! I love Legacy and Vintage as formats, but man is it pricey. I’ve played these formats on Magic Online, and I’d play it a ton if it ever came to Magic Arena.