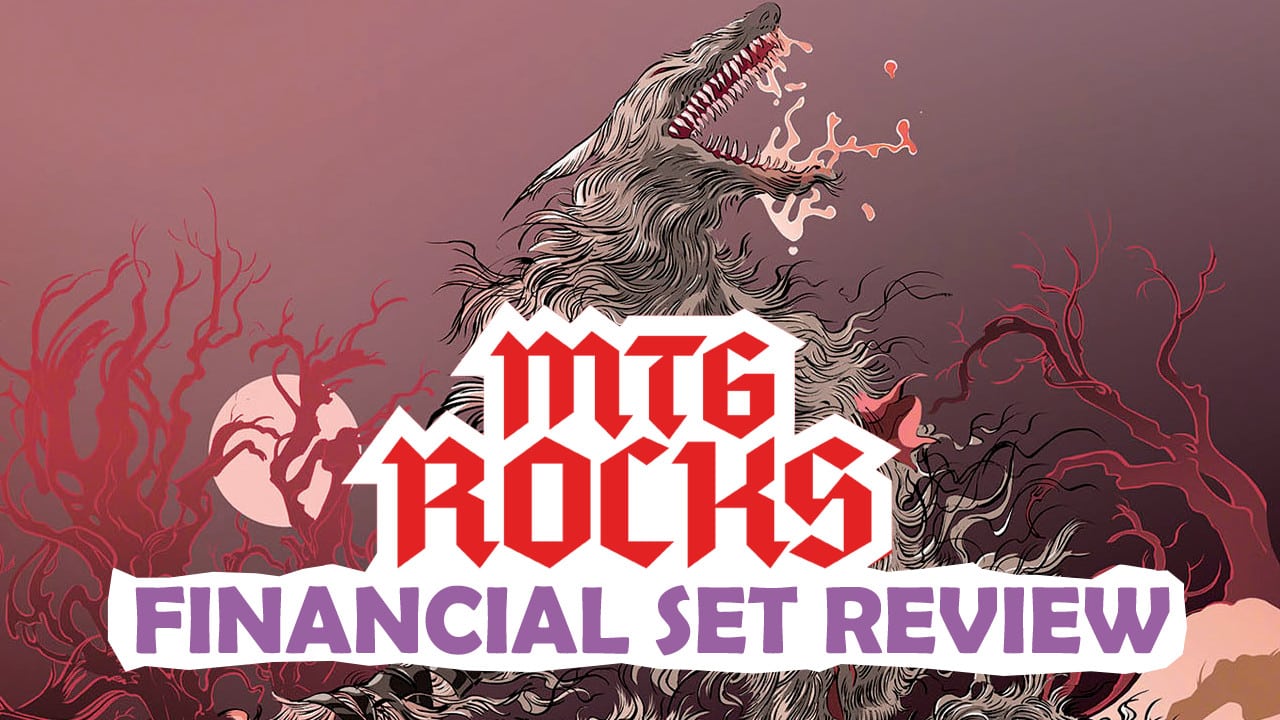 We are only a day away from the release of Innistrad: Midnight Hunt. The prices of single cards are still shifting as players race to find out the best cards from the set.

This is Part 4 of MTG Rocks’ Financial Set review of Innistrad: Midnight Hunt. Each day leading up to Midnight Hunt‘s official release, MTG Rocks will be releasing financial set reviews covering some of the most anticipated cards from our first Innistrad set of the year. There will be traps (cards that are overpriced and will sink in value), as well as sleeper hits (undervalued cards that have the potential for financial growth). Today we’ll be covering some of the best werewolves from the set!

We already know from early Standard 2022 tournament reports that Gruul Werewolf decks are one of the top decks in the metagame. All of them are including some number of Arlinn, the Pack’s Hope, and so the card should have a hearty price tag throughout its time in Standard.

There are three possible versions of Arlinn to collect. The Showcase variant is currently giving the borderless version of Wrenn and Seven a run for being the most expensive card in Innistrad: Midnight Hunt. It is currently preordering for around $30.00. The borderless Arlinn and regular art are both about $16.00 at the time of writing.

Whereas Wrenn and Seven will have heavy demand in the Commander format on top of their appearances in Standard decks, Arlinn’s play will mostly be relegated to Standard. The majority of Commander demand for Arlinn will come from werewolf decks. For that reason, I think Arlinn, the Pack’s Hope has room to drop a little further in price.

Read More: Arclight Phoenix is Rising in Play and PRICE

Tovolar is making Commander players rejoice! We finally got a good werewolf legendary creature! Before Midnight Hunt, Ulrich of the Krallenhorde was the only real werewolf general we had, and let’s face it, Ulrich was kind of bad. I even saw Morophon, the Boundless being used because as the commander for werewolf decks because there were no other options. Well, now we have Tovolar and he’s actually good!

Beyond Commander, Tovolar is one of the best creatures to be playing in Standard 2022 Gruul (red-green) werewolf decks. There it can provide some serious card draw, as even the tokens from Ranger Class and the new Arlinn will trigger Tovolar’s draw ability.

Just as we got some vampire support in the werewolf dedicated set Midnight Hunt, it’s possible that we’ll get a few more werewolves when Innistrad: Crimson Vow releases, powering up Gruul werewolves further.

Interestingly, the Showcase variant of Tovolar is cheaper than the regular art, with prices around $5.00. The regular art Tovolar is about $8.00. Because of this card’s demand in Commander, I don’t see this card sinking much lower than its current price. So whether you want to play werewolves in Standard or have Tovolar lead your pack of werewolves in Commander, I’d say it’s a safe buy to pick up your Tovolar’s now.

Reckless Stormseeker is seeing a lot of Standard play beyond just dedicated werewolf decks. It is popping up in many red aggressive decks because it is a powerhouse. If played alone it is a 3/3 haste for three mana. That’s already an on-rate card. But on subsequent turns, it can continually give haste to whatever new threat you play for the turn, leading to consistent pressure and explosive damage.

That’s only talking about the front half of the card. Once it flips into Storm-Charged Slasher is when things really start to get nasty. Slasher gives creatures +2/+0 and trample in addition to the haste buff.

This card is going to see heavy play throughout its time in Standard and will be an auto-include in many werewolf Commander decks going forward.

Stormseeker is currently preordering for $1.00! This is because, despite how good it is in current aggro decks, it will have few homes outside of Standard. But if you are playing red in Standard 2022 or making a werewolf Commander deck, picking up Stormseeker’s for $1.00 is a great buy.