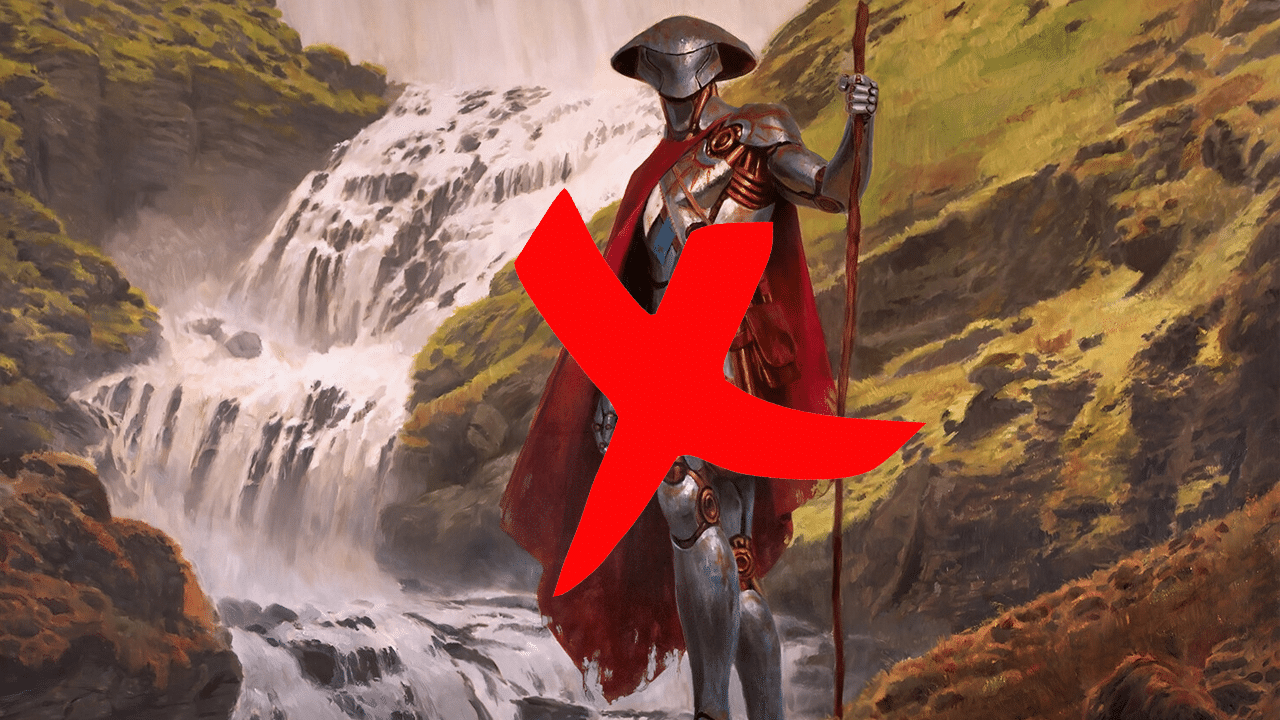 Why is Golos So Good?

In order to start to answer the question around this, we need to examine why this card is so good. First off all, Golos is an artifact, so the casting cost is incredibly flexible. Secondly, because of his activated ability, the deck gains access to all 5 colors, and play the best cards from them.

Golos’s abilities are also very powerful. Coming into play and fetching out any land from your deck is incredibly strong. Common targets for this are Field of the Dead, The World Tree and Cascading Cataracts. Each of these lands opens up a ton of mana fluency that is unmatched. Then, Golos’s activated ability allows you to cast 3 spells off the top of your library for free. This often can lead to you getting 2-3 times the mana value of spells and can snowball you into a winning position.

Not A One Trick Pony

Now those abilities are definitely very strong. What really makes it killer is that Golos isn’t a one trick pony. With 100 cards, you can incorporate a variety of different strategies into the deck and reliably work with all of them. Casting big spells from the top of the library like Omniscience pushes you so far ahead of whatever your opponent is doing.

Field of the Dead is one of the most difficult to deal with engines in the game that rewards you for just playing lands. If all else fails, you can just cast some extra turn spells like Alrund’s Epiphany or Time Warp and spin again for more value.

Why Is Golos so Hard to Deal with?

What makes this so polarizing is that your opponents need to be able to deal with every single engine in the deck immediately to prevent the deck from snowballing, have specific hate cards that target the deck, or just be faster, which is generally very hard to do in these 100 card formats.

Brawl, like Commander, is a casual format that is about self expression in your decks and having a fun time. While there’s many players who love what Golos offers and wants to be the “Timmy” kind of player, (myself included, I love Golos), the way in which the deck goes about it is generally toxic and unfun for others.

Really the only two cards that are replacements for Golos are Esika, God of the Tree / The Prismatic Bridge and Niv-Mizzet Reborn. Both of these commanders fill a similar role as Golos, but players are also up in arms against these two commanders as well. So what can be done?

So the long and short of the situation is that Yes, I think that Golos should be banned in Historic Brawl, as much as that saddens me as a Golos player. But I think that’s only part of the solution. The one thing that would definitely help from making Esika or Niv Reborn the de facto commanders to play is to introduce some new, more compelling commanders to the game. There’s a long history and plenty of product lines to pull actual Commanders from and inject them into the format via some kind of “Historic Brawl Anthology”, and flag those cards as only legal in Historic Brawl.

Doing this would be useful as this helps lighten the load of adding older cards to the format in some cases. Just like Jumpstart: Historic Horizons helped get a lot of the mechanics programming done for formats like Modern, this could help with getting some of the Commander mechanics in place on Arena as well, while bolstering the format.

What are your guys thoughts on this? Do you think that Golos needs to go, and what commanders would you want to see added to the game in a Historic Brawl Anthology style release? Let us know in the comments!