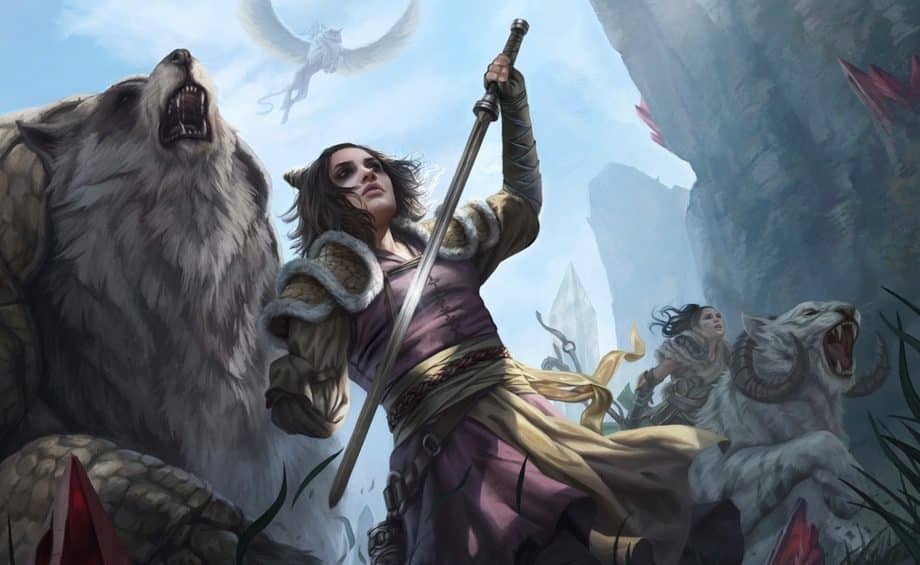 Two legendary creature cards are returning to Magic: The Gathering Arena’s Historic Brawl format, and there will be a 100-card Historic Brawl event coming soon!

Today, Wizards of the Coast has announced the unbanning of Winota, Joiner of Forces and Golos, Tireless Pilgrim in Historic Brawl format, the fan-favorite singleton Commander-like eternal constructed format in MTG Arena.

“Since last August, we have been tracking and weighting specific commanders in both Brawl and Historic Brawl,” Wizards said. “Our goal has been to better match players with similarly weighted commanders, keeping the challenge for competitive players while ensuring the formats remain hospitable to casual players. Players with high-powered commanders are more likely to square off against each other, and casual players not looking for that high-powered experience are more likely to face similar opponents.

“This has been largely successful. With this system in place, we are now more likely to use weighting rather than banning as a tool for managing very powerful commanders. Players who still really enjoy the experience of playing with those commanders may continue to do so, and players who don’t want that high-powered experience can be free from it.”

In addition to the unbanning news, Wizards announced that on June 18, FNM at Home will feature a 100-card Historic Brawl event, which you can join for free.

Then, on June 19, starting at 8 a.m. PT, there will be a 100-card Historic Brawl event that runs through June 25. This event will let you win Japanese Mystical Archive card styles, and the cost for this event is 2,500 gold or 500 gems.

“Given Historic’s larger card pool, we believe 100-card decks (including the commander) make sense for the Historic side of Brawl, but we wanted to see it in action before committing to a decision,” Wizards explained.

Do you think it was the right decision to unban Golos and Winota? Will you be joining the Historic Brawl event? Watch me stream it live on my Facebook page this weekend.