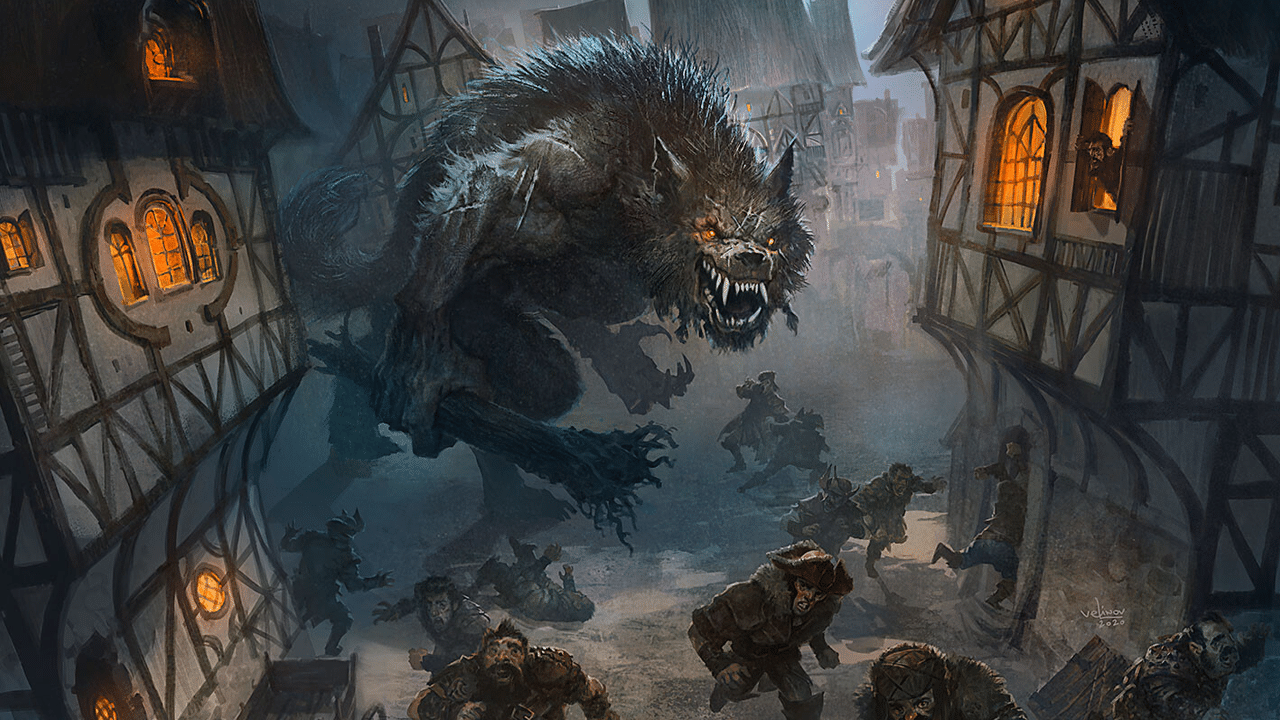 When thinking about the 10 best Commander cards from Innistrad: Midnight Hunt, they need to be cards that will upgrade your old decks, inspire you to create some new decks, and eventually lead to the downfall of your playgroup because you simply can’t stop winning.

Well, we’re pretty sure we’ve figured out which of the new cards you should be seeking out, so let’s get into it, shall we?

First up is an honorable mention, and it goes to Triskaidekaphile, a two-mana blue 1/3 that gives you no maximum hand size, and allows you to draw a card for four mana.

They’re on the list though, because they give you a new way to win the game. If you have thirteen cards in your hand at the beginning of your upkeep, then you win the game. This is going to be a fun one to pull off, and we’re looking forward to trying it. With that done, let’s get into the 10 best Commander cards from Innistrad: Midnight Hunt.

Sludge Monster is a five mana blue 5/5 that gets to put a slime counter on up to one target creature whenever it attacks or enters the battlefield. Basically, you get to slime things, and that’s oddly nostalgic for anyone who grew up in the nineties.

Also, any non-Horror creatures with slime counters on them lose all of their abilities and have a base power and toughness of 2/2. Sludge Monster is an odd way to remove threats, but it does it incredibly well, and if you can then copy it as well, you’ll be laughing.

For a mere five mana, Unnatural Growth is a green enchantment that simply reads, “At the beginning of each combat, double the power and toughness of each creature you control until end of turn.”

We’re not really sure what else to say here, except that you should probably make sure you can give your obnoxiously large creatures trample.

This is a really cool Dragon card. For two mana, Smoldering Egg is a 0/4 with defender that gets ember counters on it when you cast an instant or sorcery, equal to the mana spent on that spell. Then, if it has seven or more counters on it, it gets transformed.

The Ashmouth Dragon is a flying 4/4 that’s very well suited to spellslinger decks. You see, whenever you cast an instant or a sorcery spell, you can have the Dragon deal two damage to any target at all. Shock on a creature is great, and Dragons are also great, so this card must be exceptional.

Look, board wipes are important, and Vanquish the Horde is an absurd one. For eight mana, this is a white sorcery that destroys all creatures.

The important part of the card though, is that it costs one less to cast for each creature on the battlefield. In Commander, there’s nary a moment without a very busy board state, so Vanquish the Horde should rarely cost more than two mana.

The clear horror movie vibes here are unignorable, and we really adore it. The Meathook Massacre is an enchantment that costs X and two black. It makes it so that whenever a creature you control dies, your opponents lose one life, and when their creatures die, you gain one life.

Alongside that, when it enters the battlefield, each creature gets -X/-X until the end of turn. That means you can play this early for its permanent effect, and probably feel pretty good about that, or you can save it for later and help your cause substantially.

In essence, this is a ramp spell that can also be used to destroy problematic artifacts or enchantments, and that’s a really interesting bit of design, and well worth picking up for your decks.

Another flashback spell, although this time in black and green. Ghoulcaller’s Harvest is a two-mana sorcery that cares about creatures in your graveyard, and the potential to swarm an opponent with Zombie tokens.

You see it reads, “Create X 2/2 black Zombie creature tokens with decayed, where X is half the number of creature cards in your graveyard, rounded up.” Tokens that you can sacrifice or simply swing in with are going to be a huge help in most Golgari decks, so this should do well.

So, you’re still alive, so that’s nice, but you also now have Angelic Enforcer, a flying creature that grants you hexproof and has a power and toughness equal to your life total. not only that, but when it attacks, you can double your life total. Hooray!

2 – Lord of the Forsaken

Demons in MTG are fun, and Lord of the Forsaken is no different. This is a six mana black 6/6 with flying and trample, it also specialises in graveyard nonsense.

You can pay one black mana and sacrifice another creature to have a player mill three cards, which is cool, but you can also pay one life to add one colorless mana which can only be used to cast spells from your graveyard. You’ll need enablers for the latter, but it’s got a lot of potential.

1 – Teferi, Who Slows the Sunset

If you take off two loyalty, you can choose a card from the top three of your library, but the ultimate is where it’s at. For seven loyalty, you get an emblem that lets you not only untap all of your permanents during everyone else’s untap steps, but also draw a cards during their draw steps. It’s just kind of silly, so kill this on sight or you’ll regret it.