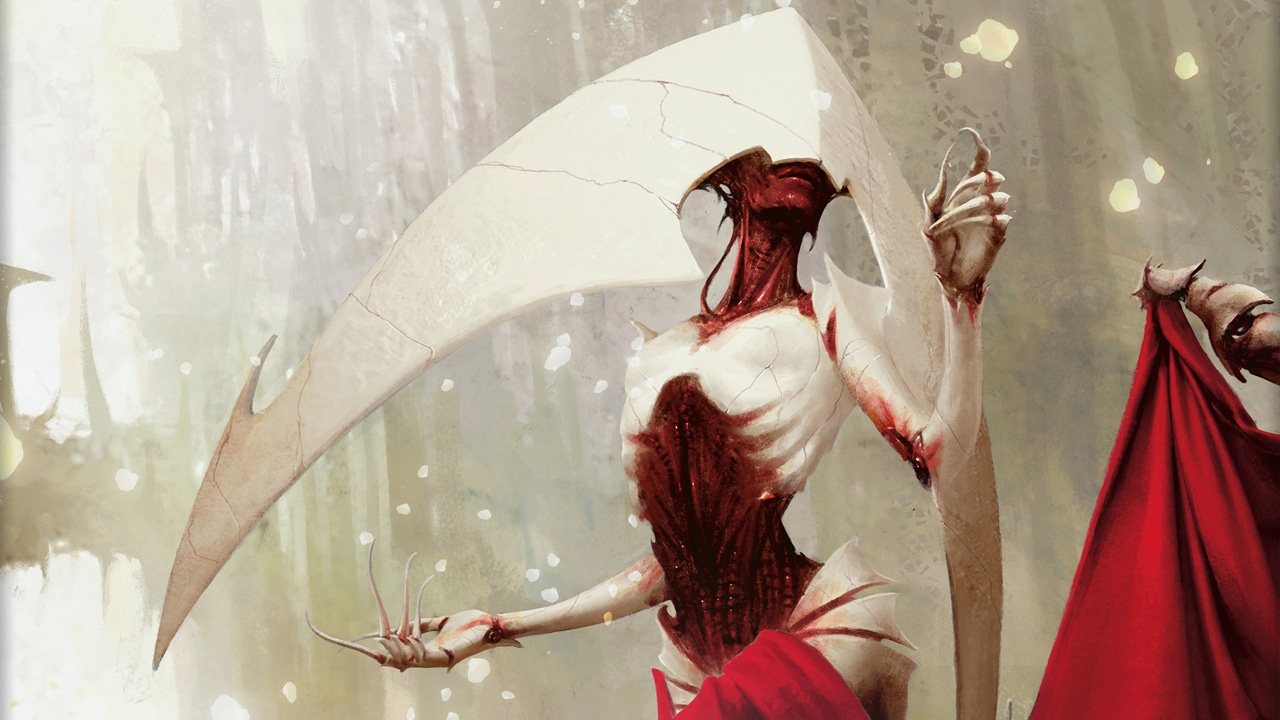 Phyrexia: All Will Be One Leaks Confirmed By Wizards?!

With the set still four months away, Wizards has been typically tight-lipped regarding Phyrexia: All Will Be One. Outside of its name, we’ve not been given any additional details since Wizards Presents 2022 back in August. This has allowed speculation to run rampant, with many players evidently very excited about the return trip to New Phyrexia. Thanks to this excitement, we’ve seen many dubiously convincing leaks to sate our Phyrexian appetites. As usual, these leaks were quickly dismissed as merely being cleverly concocted by fans. However, that dismissal might’ve been premature. Thanks to a new statement from Wizards of the Coast, it appears that past suspect leaks have been confirmed?!

After doing the rounds on Reddit this time last week, the cards from u/PeterboroughPro were suspiciously deleted and removed. This isn’t entirely uncommon for posts about leaked cards, as after seeing some popularity, they’re often scrutinized and subsequently taken down. U/PeterboroughPro’s post, however, didn’t follow that usual trajectory. Instead, MagicTCG subreddit mod u/Kyleometers declared the leaks were “inoffensive enough” and didn’t need to be taken down. Despite that assessment, the post was removed, with Reddit stating that “this post was deleted by the person who originally posted it.” Thankfully, as is the way with the internet, the cards u/PeterboroughPro aren’t entirely gone and forgotten as Magic Spoiler archived the leaks. This allows us to keep looking at the seemingly remarkably accurate cards.

While all leaks should obviously still be taken with a grain of salt, u/PeterboroughPro managed to get everything right. In a recent feature post, Wizards bizarrely announced that “Phyrexia: All Will Be One is coming.” Throughout this surprise post, Wizards showcased the set’s symbol and set code while also announcing a new “special foil treatment.” These details line up almost exactly with u/PeterboroughPro’s leaked cards, seemingly confirming their authenticity. To remains somewhat skeptical, correctly guessing that ONE will be the set code for Phyrexia: All Will Be One isn’t exactly hard. Despite this minor caveat, the other details are too convincing to ignore.

Correctly predicting the set’s exact set symbol, for instance, is an incredibly difficult feat that lends credibility to the leaks. Additionally, the new Phyrexian-inspired foiling technique appears to have been confirmed via a new Amazon listing. Thanks to the Phyrexia: All Will be One Collector Booster Box going live for preorders, it has been revealed that there’s “a special treatment that celebrates the glory of Phyrexia in every pack.” We’ve not been shown special new treatment just yet. However, it does sound an awful lot like Phyrexian-inspired foil goodness. As with the prophesied set symbol, this foil technique makes u/PeterboroughPro all but guaranteed in its authenticity.

With u/PeterboroughPro’s leaks being all but confirmed, this means we can properly assess the cards that were shown off. Each sporting the new Phyrexian foiling technique and booster fun art style, the six cards showcase new and old mechanics. Proliferate, for instance, is returning to Standard! Last seen in War of The Spark, this typically Simic mechanic allows players to go tall with tokens. Proliferate also synergizes heavily with Poison counters, which are also making a reappearance in Phyrexia: All Will Be One.

First things first, as we’ve stated before, Infect is far too overpowered to return to Standard or debut in Pioneer. Instead, Wizards of the Coast appears to be introducing a new, more reasonable mechanic, Toxic. Unlike Infect, Toxic comes with a number attached. Myr Convert, for instance, features Toxic 1. While we don’t know the ins and outs of this mechanic just yet, it appears that dealing combat damage to a player with a Toxic 1 creature will give that player 1 Poison counter. This is a stark change from the might of Infect, which dishes out Poison counters relative to a creature’s power.

To go along with the reveals of the set’s symbol and set code, Wizards of the Coast also revealed key dates for Phyrexia: All Will Be One. These include prerelease dates, the full release date, and championship events. All the dates you need to know are listed below.

Arriving “shortly after” the worldwide release of Phyrexia: All Will Be One, the “Compleat Bundle” is a new product that features “exclusive special treatments” and is dubbed the “ultimate Phyrexian bundle.” Here’s what’s included in the Compleat Bundle, which is currently priced at $80.