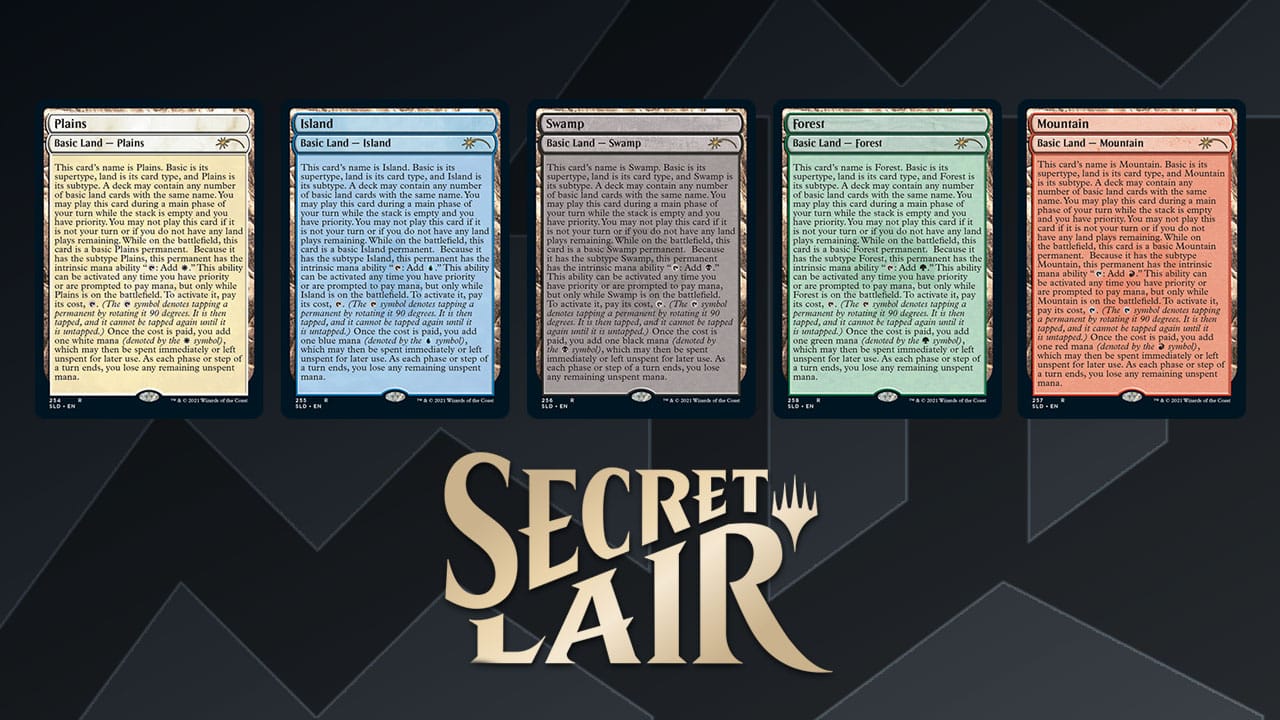 As previewed by Hard Drive, The Full-Text Land drop is a long-standing request by MTG players for years. It’s a new twist on basic lands which we’ve never seen in Magic: The Gathering‘s history until now.

If you haven’t caught up on the complete Strixhaven: School of Mages or Commander (2021 Edition) previews, we have a dedicated preview gallery to get you up to date

Each basic land includes a massive text box that breaks down how the lands work in a game of Magic: The Gathering. With this, these are the first official basic lands that don’t come with any art.

These are sure to be some of the more popular (or controversial) Secret Lair drops for players. With almost 200-word text boxes, these are sure to be a hit with the more nuanced MTG players. In particular, these basic lands work especially well if you run Alexander Clamilton in Commander!

Where Can I Pre-Order Full-Art Land Secret Lair?

Alternatively, a bundle including ten copies of each land called the Voracious Reader Bundle is also available to pre-order for $239.99 for non-foil and $319.99 for the foil version.