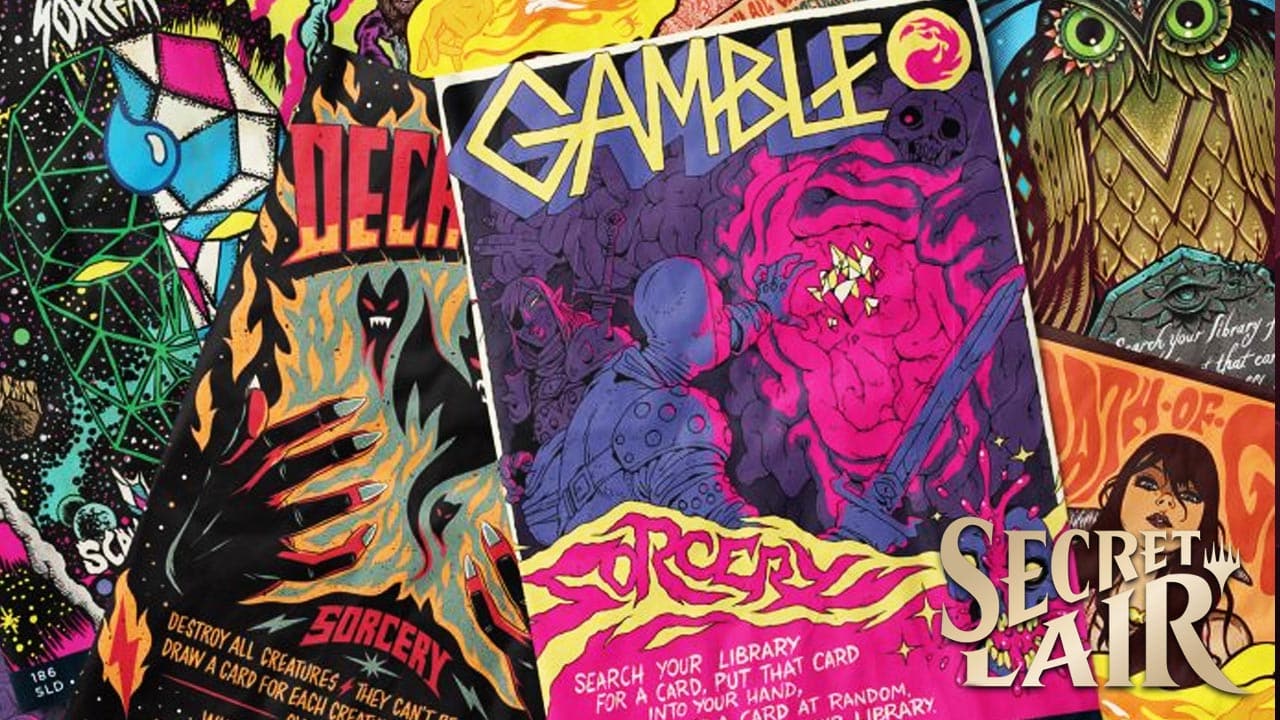 It didn’t take long for previews to start again since Strixhaven: School of Mages and Commander (2021 Edition) finished earlier this month. Although it’s not a complete set, the next series in the Secret Lair line are beginning to preview online.

If you haven’t caught up on the complete Strixhaven: School of Mages or Commander (2021 Edition) previews, we have a dedicated preview gallery to get you up to date.

As previewed by NME Magazine, ‘Our Show Is On Friday, Can You Make It?’ is the latest Secret Lair drop which is themed around Friday night gig posters.

The cards featured in the upcoming Secret Lair drop are Wrath of God, Nature’s Lore, Gamble, Decree of Pain, and Preordain.

Offering a more psychedelic approach, this Secret Lair drop is sure to be a hit with music enthusiasts. Akin to the ‘Party Hard, Shred Harder‘ released last year, these cards are sure to feature in Commander decks and Cubes given how unique and colorful they are.

You may have seen this Nature’s Lore before as it was previewed by Mark Heggen (Product Architect at WotC) last year. We’re bound to see more Secret Lair drops and Superdrops this year since they are so popular with players.

This Secret Lair drop features art from noted artists within the music industry. Each of MTG’s five colors are represented: Gamble (illustrated by Sam McKenzie), Wrath Of God (Jermaine Rogers), Decree Of Pain (Ian Jepson), Preordain (Alexis Ziritt), and Nature’s Lore (Jeff Soto). Even though they are MTG cards, let’s hope we can get full-sized posters of these in the future.

Read More: Why Does Strixhaven: School of Mages Cards Have So Many Words?

Where Can I Pre-Order the Secret Lair Drop?

With this announcement, it’s likely we’ll see a couple more Secret Lair drops revealed in the next few days. So keep an eye out for more updates as we have them.