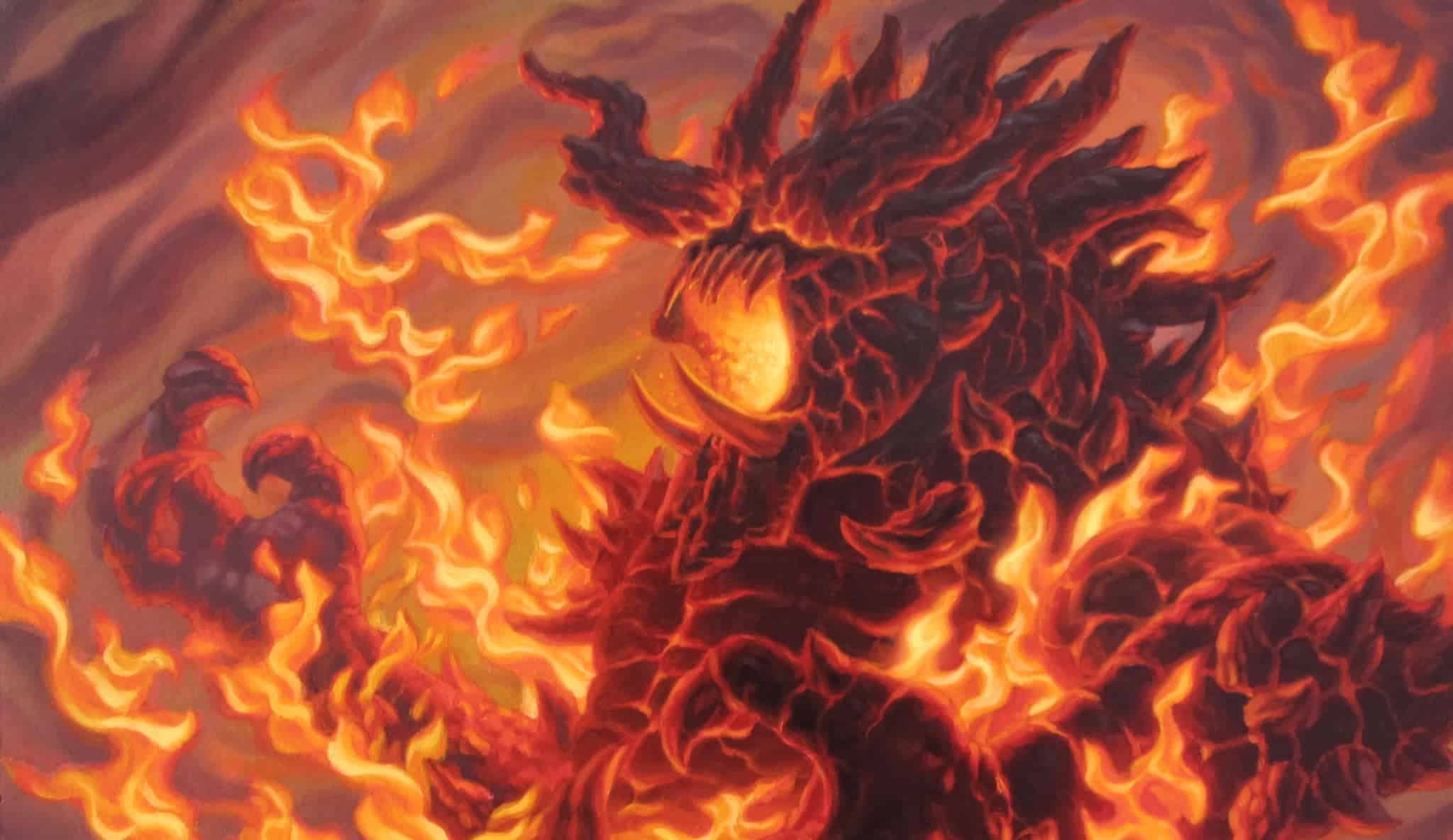 Modern is leagues ahead in popularity compared to other competitive paper-constructed formats. The card pool is massive and non-rotating, meaning players can use some of the best cards throughout the game’s history. One of the more controversial happenings in recent times for this format was the ‘forced rotation’ incident that occurred with the introduction of Modern Horizons Two. This incredibly powerful collection of cards has been slowly warping the Modern format, and, more than a year later, the consequences are beginning to show.

One of the biggest draws to Modern is how diverse the metagame is for the format. If you look at MTG Pro Andrea Megucci‘s Tier List, he lists 15 different archetypes for his tier list. This isn’t even all the playable decks in the format.

To break down the numbers that players are complaining about on Twitter above, the comparison shown in these three pictures is the percentages of creatures played between varying years. The first image shows the December 2020 metagame, where Noble Hierarch is the most-played creature card at an 18% play rate per deck. The second image shows the now-banned Lurrus of the Dream-Den at a 15% play rate. Fast forward to December 2022, and most of the top 10 list is seeing more play than any of the top creatures in previous years. This is spearheaded by Ragavan, Nimble Pilferer – the card that many consider the best in Modern right now- and a shining example of why players are quitting this format in droves.

Ragavan, Nimble Pilferer is a one-mana monkey that does everything. Banned in Legacy, if Ragavan manages to connect in the early turns, it can be tough to come back. For one red, you get a 2/1 body that, if it connects, offers you a Treasure Token and exiles the top card of your opponent’s deck for you to play. The Treasure Token allows you to stay ahead of your opponent mana-wise, giving you an insane advantage. At the same time, the card on top of your opponent’s deck doesn’t matter much of the time, it’s absolutely devastating when it does. I have won many games by exiling a Teferi, Time Raveler, or a Force of Negation off of my opponent’s decks, offering free backup.

Losing to a snowballing Ragavan as early as turn one has powerfully warped the format. Commonly referred to as ‘the monkey check’ by Modern players, any top-tier Modern deck is now running multiple answers to remove an early Ragavan. If you remove the first early game Ragavan, you have passed the monkey check. If you don’t, Ragavan tends to run away with the game. The monkey’s existence entirely invalidates any deck that wants to play at a slower pace that cannot answer the card immediately. This could be solved by making Ragavan irrelevant outside of the early game, but because Ragavan has Dash, it can come down and start generating advantage at any point in the game.

As mentioned by one of the tweets above, banning Ragavan, Nimble Pilferer may be suitable for Modern’s gameplay, but it could hurt the Modern player base even more. Because of how popular Ragavan is, the card is… expensive. Ragavan currently sees you play in one-third of all Modern decks (according to the stats shared in those tweets), and most of those Modern decks will want four copies of it. The cheapest version of Ragavan, Nimble Pilferer, is currently selling for around $70 on TCGPlayer. Any deck that runs Ragavan has a $280 paywall sitting in just four of the 75 cards. Both of what many consider to be the best decks in the game run four of these, and many tier one and tier two decks run Ragavan as well.

Those curious as to what may happen if Ragavan gets banned in Modern can look to Mox Opal’s banning as an example. The Mox Opal strategy was, arguably, a bigger problem than Ragavan is now. However, after the fast-mana artifact got banned, many players who sprung for the insanely expensive playset stopped playing Modern. A Ragavan ban is synonymous with Wizards of the Coast throwing the entire Modern player base’s $280 investment in the toilet. Why would people play Modern when it has such a high bar to entry that gets thrown away 3-4 times a year? The original purpose of the Modern format was to allow players to play with cards they obtained from any time in history, but power creep from recent sets changed that relationship.

‘Forced Rotation’ is a term thrown around by many who talk about Modern lately. To clarify what this refers to, it’s mainly used to summarize what Modern Horizons Two did to the format.

Let’s circle back to the top 10 most played creatures in Modern currently. As mentioned before, the top creatures on this list see significantly more play than the top creatures from past years, and the bottom of this list is comparable in numbers to those most played creatures in previous years. Eight of these ten cards are from Modern Horizons sets, while seven are from Modern Horizons Two. Ledger Shredder and Magus of the Moon are the two odd ones out, and one is a new card introduced through Standard in 2022.

Magus is the only card that is more than a few years old, and its largely enabled by the Modern Horizons Two cards that are on this list. Having one set impact the Modern format on such a severe level has completely invalidated older strategies. This means that, to stay relevant in Modern, you need to buy and adapt new cards. All of the hit Modern Horizons Two cards are all Mythic Rares, making them all incredibly expensive.

While you may not need Ragavan to play Modern, it isn’t easy to do so without all four of these cards. Fury cost around $30 each on average, Subtlety costs $10 (which is not that bad) and Endurance costs $30 as well. That’s another $120 and $40 in playsets on top of the monkey. All of these cards are coming into Modern at the same time, demanding a major paywall for players to keep up with their favorite format.

What is the Lesson?

At the end of the day, why are players worried about what the ‘most played creature’ stats show about Modern? These represent the changes the format has experienced due to Modern Horizons Two. It represents how dominate these cards are, and with it, comes incredibly expensive paywalls and a loss of Modern’s original purpose – to offer players a place to play their old cards. You can still play them, but you will lose to the new boys on the block. If you want to fix this imbalance, many fans of the format will lose their investments, threatening the stability of a game that requires players to invest so much money and time.

The new Universes Beyond Tales of Middle Earth set is coming out in 2023 and is a direct-to-Modern set. This could, essentially, create another forced rotation for the Modern format and invalidate the thousand-dollar Modern Horizons Two decks that players already own, turning Modern into a rotating format with a higher paywall. Hopefully, this will not be the case.