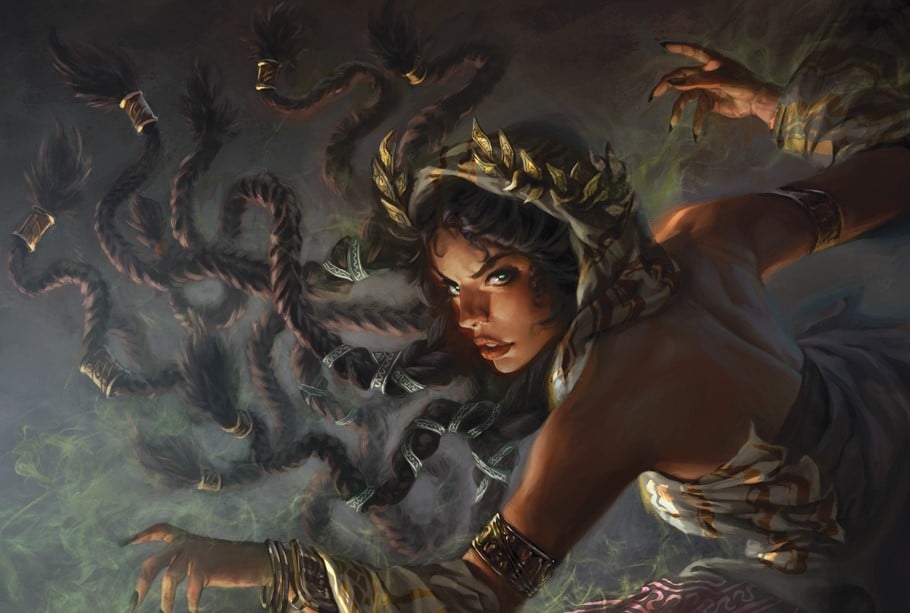 The marketplace this week has been more volatile than expected! While most players may initially turn their eyes towards new sets and spoilers releasing, the biggest driver has absolutely nothing to do with that. Fascinatingly, a format written off by many as a financial driver seems to have awoken from its slumber, signaling massive increases to multiple cards from the most underwhelming set in recent Commander history: Battle for Baldur’s Gate. If you, like me, played a few too many Battle for Baldur’s Gate drafts, you may want to look through your bulk because these cards aren’t bulk anymore! Legacy Initiative is impacting the secondary market hard!

After Initiative completely devastated Pauper, it looks like the mechanic is also starting to impact Legacy. White Plume Adventurer has seen an absolutely startling increase over the past two weeks. While originally worth less than a dollar, a near-mint copy of this can now run you as much as $12! You should be able to find copies of this card for under $10 in the short term, but it looks like it may settle somewhere in the double digits.

The main perpetrator for this huge increase is the newfound popularity of the Initiative Stompy archetype. This mono-white creature deck aims at using a combination of tempo creatures and Stax(ish) effects to control the pace of the game against faster decks while overwhelming slower opponents with a respectable clock as well as Initiative and Stoneforge Mystic-based value. Many of the cards appearing in today’s article are exploding in price in response to this deck.

Seasoned Dungeoneer is another card from Commander Legends: Battle for Baldur’s Gate. Unlike White Plume Adventurer, you will not find this card in the main set but instead in the Party Time Commander deck. This deck already hosts some incredible value with singles like Black Market Connections, Deep Gnome Terramancer, and Mutavault. The deck is currently going for about $50 on TCGplayer, which is an absolutely incredible price for the value right now.

Seasoned Dungeoneer is in a pretty weird spot financially right now. The more expensive copies of the card are pushing $7, but, at the time of writing, it seems that some outlets are unaware of the card’s newly found price. As a result, players are still buying dozens of these for a dollar each (which is still 400% of its pre-spike value). If you’re interested in buying a few copies of these cards, you may be able to get lucky if you act fast!

While the first two cards lead the charge in surprising financial increases, it seems the other cards becoming staples in Legacy Initiative are not far behind. Emeria’s Call is only starting to spike but has already doubled in value to about $5. As collectors begin to hear about this card’s popularity rising in Legacy, speculators are beginning to pay more attention. This card has seen an increase in interest on the secondary market as a result. That said, the card may not have the same explosive increase as the others on this list.

Unlike the other cards on this list, regardless of sharing the same color, Triumph of Saint Katherine is a Legacy staple in a different deck. This card comes from the Forces of the Imperium Warhammer Universes Beyond EDH deck and also sees a lot of play in Commander. That said, Legacy Miracles is using this card as a win condition, and the card is mainly seeing a spike due to its popularity and scarcity.

This card maintained about a $7 value throughout the course of October. The card is now approaching $20, with $25 marking outlier sales, but it seems to be backing down a bit in recent sales. It’s difficult to tell whether this card is mid-spike or is cooling down at the moment, so, unless you have your heart set on this card, I may wait a bit and see what happens. That said, if you can find a copy of this card for about $10, I would probably jump on it.

For a rather limited time, I think there is a fantastic opportunity available with White Plume Adventurer and Seasoned Dungeoneer. At the time of writing, these spikes are incredibly new, and not many stores have yet caught up with the latest prices. I would wait on Katherine personally and jump on any cheaper cards that are in the Mono White Legacy archetype before they start going up.

The big winner here seems to be the Party Time Commander deck. You should be able to double your value with current prices, and most of the value of these decks is in significant staples. As a result, you won’t be losing a lot of money in the bulk cards in the deck. Black Friday sales are right around the corner, and there may be a huge opportunity to buy some of these up! TCGplayer has some fantastic subscriber sales coming up, but if there is something else noteworthy on the horizon, we’ll be sure to let you know!