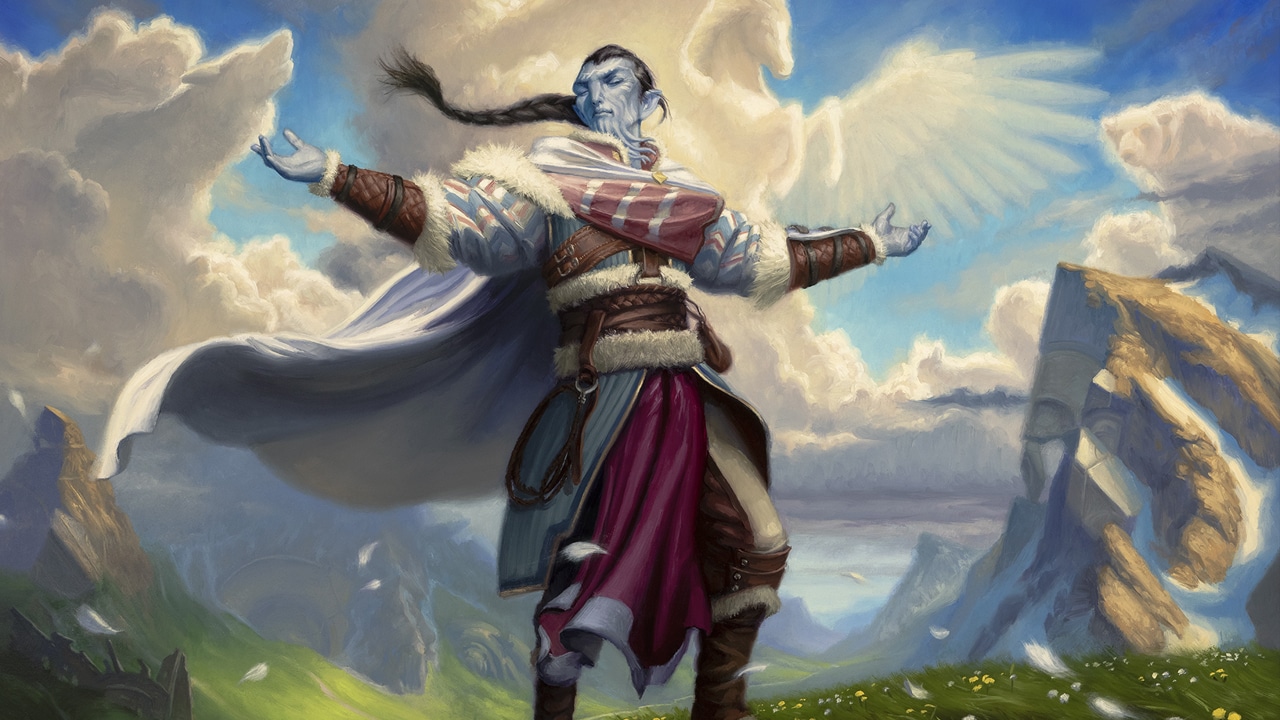 MTG Alchemy Cards May Be Coming to Paper

Since launching in December of 2021, Alchemy has been a controversial format, to say the least. Leveraging MTG Arena’s digital platform, Alchemy features cards and mechanics which simply feasible on paper. Thanks to this design space, it’s safe to say that many Alchemy mechanics on MTG Arena have been pretty out there. Specialize, for instance, effectively introduced six-sided cards to MTG, something that’d be almost impossible to do on paper. Thankfully, not all of Alchemy’s cards feature new and controversially digitally dependent mechanics. Some cards, for instance, are just plain ol’ regular MTG cards, that have no reason they wouldn’t work on paper. Subsequently, some players have been asking Wizards to do just that, reprint Alchemy cards as real playable paper MTG cards.

Most recently, this controversial question has been pitched to MTG’s Lead Designer, Mark Rosewater, via their blog, Blogatog. Asked by Tumblr user Realbealtaine, they were “wondering if there’s ever been any interest/discussion in printing any of the Alchemy cards on paper, to make some of them legal for paper formats.” In their question, Realbealtaine specifically requested Racketeer Boss and Inspiring Commander “for my own purposes.” Alongside these choice cards, Realbealtaine also stated that “any and all others could be cool too, provided there’s a space for them.” By their own admission, however, while there are a lot of cool cards, Realbealtaine knows that “some of the Alchemy keywords would probably be pretty hard to reproduce on paper, and some of the Alchemy cards skew a bit stronger than most,” which makes some reprints untenable.

In responding to this request, Rosewater revealed that this isn’t the first time this specific request has been asked. Despite coming up from time to time, Rosewater stated, “I’m skeptical we’d print them in a way that they’re eternal legal.” While this doesn’t explicitly rule out the possibility of eternal legal Alchemy reprints, I certainly wouldn’t recommend holding your breath. Thankfully, while eternal legal reprints may be a bust, Rosewater did offer an alternative to appease some fans. “I could see a possible paper printing for collecting purposes, maybe,” Rosewater explained. While this approach wouldn’t satisfy everyone, printing Alchemy cards as Acorn cards or with a unique non-tournament legal back could effectively service the demand for Alchemy cards on paper.

What Works on Paper

As Realbealtaine sensibly noted in their question to Mark Rosewater, not all of Alchemy’s cards would work well on paper. Many Alchemy cards feature mechanics that were explicitly intended to only work on MTG Arena’s digital platform, after all. Unfortunately for Realbealtaine, one of their requested cards Racketeer Boss, features one of Alchemy’s more difficult digital mechanics.

Introduced in Jumpstart: Historic Horizons, Perpetually is like Unfinity’s Stickers, but more permanent. Unlike Stickers, which fall off when moving into a hidden zone, Perpetually effects are applied permanently to a card for the rest of the game, regardless of zone changes. As you might imagine, without MTG Arena handily adding the relevant text to cards, Perpetually would be very hard to track on paper. Stickers potentially promised to solve this problem, however, ultimately, they weren’t really sticky enough to be fit for that purpose.

Thankfully for Realbealtaine, their other requested card, Inspiring Commander, has no reason it wouldn’t work on paper. Subsequently, there’s little reason to think it couldn’t be functionally reprinted in a similar set. With Mentor of the Meek boasting a similar effect, however, there’s little need for Inspiring Commander to be printed on paper since its mechanics aren’t entirely brand new.

While Inspiring Commander may not be much to write home about, plenty of other Alchemy cards on MTG Arena are. Angel of Eternal Dawn, for instance, sports a unique, interesting effect that would work on paper without issue. Similarly, Bank Job features a new and interesting mechanic that, while a little complex, would work on paper. Additionally, the Alchemy: Kamigawa cards Mothrider Cavalry, Saiba Syphoner, and Forceful Cultivator are all a bit strange, but not inherently problematic.

A Step Too Far

While there is evidently a selection of Alchemy cards that would work well on paper, some mechanics are just a step too far. The Spellbook mechanic, for instance, while technically not impossible on paper, is definitely too logistically complex to be feasible. Currently, there are 28 Spellbook cards on MTG Arena, each one of which requires its own pool of cards to draft from. This is not only a lot of extra cards to bring to an MTG game, but it also requires significant financial investment.

This problem also extends to the Alchemy mechanic Conjure. Summoning cards from outside of the game, Conjure essentially creates new MTG cards for the duration of the game. When used in moderation, this effect isn’t too unreasonable. However, things can quickly get out of hand. On one hand, cards like Juggernaught Peddler sport a fairly innocent Conjure ability, only creating one card. On the other hand, however, Marwyn’s Kindred can theoretically create hundreds, or even thousands, of Llanowar Elves’. And let’s not even talk about how Oracle of the Alpha can create the Power Nine.

Unfortunately, one of Alchemy’s best mechanics, Seek, is also untenable on paper. Providing a weak tutor effect, Seek randomly pulls a card from your library that fits a select set of criteria. Freyalise, Skyshroud Partisan has the ability to Seek an Elf card, for instance. With the card specifying the Seek criteria, not the mechanic itself, Seek is an incredibly versatile and powerful ability. For example, the Seek card Diviner of Fates dominated Arena Championship 1 due to its incredibly powerful ability.

After being intrigued by Realbealtaine’s suggestion, some players noted that problematic Alchemy mechanics could work on paper with minor tweaks. Tumblr user Aliceshiki123, for instance, stated that “I think most seek cards could be printed on paper. You would just need to change ‘seek’ to ‘reveal top cards of your library until.’ Which can lead to text space issues and is a small functionality change, but… Hey, it works.” Unfortunately, this suggestion doesn’t quite work, as one major component to Seek is that it doesn’t shuffle a player’s library. On paper, shuffling would ultimately be required so as to not provide players with too much information.

Ultimately, Seek, as it exists now, may work on paper. However, the concept of the mechanic isn’t inherently flawed. As Aliceshiki123 suggests, a mechanic that reads “reveal top cards of your library until” would provide a similar effect without the digital dependence. This would allow Wizards to utilize a Seek-Esque mechanic, albeit likely under another name. Should Wizards really want to, this approach could be taken with many of Alchemy’s mechanics to create paper playable alternatives.

While these changes are possible, it appears that, for now, Wizards is steering clear of paper Alchemy cards. Should the demand increase, it’s likely that collectible paper reprints may materialize, however, currently, that’s just a “maybe.” In the meantime, we’d suggest that you’d follow the suggestion of Tumblr user Snarksideoftheloon. If you really want to play with Alchemy cards on paper “I advise you to just print them yourself.”