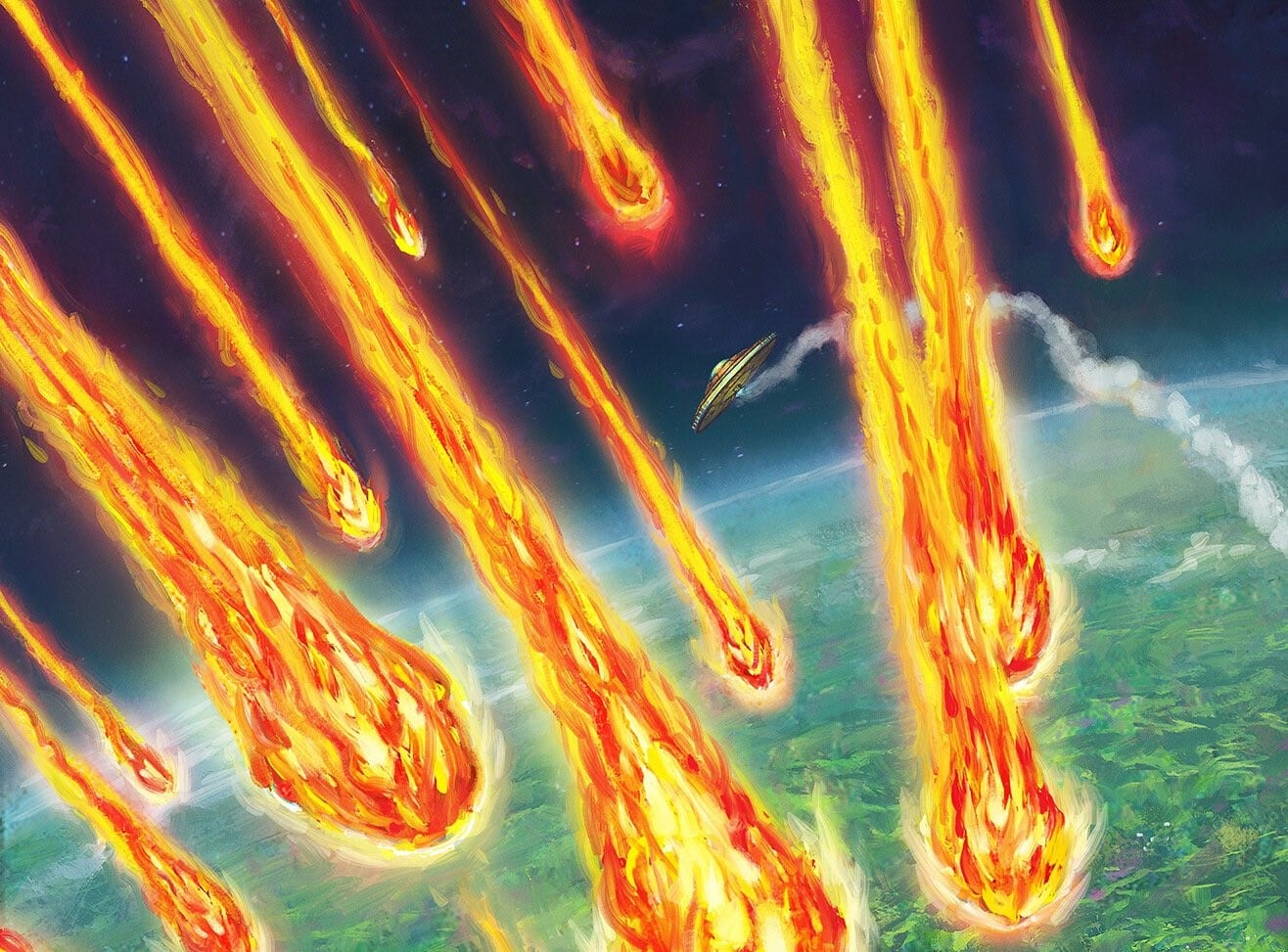 Over the weekend, Mark Rosewater hosted the Magic: the Gathering San Diego Comic-Con panel. Because Dominaria United spoilers were covered on Thursday, Rosewater got to pick the topic he talked about. In general Rosewater fashion, he took the chance to talk about the latest Un-Set in the series: Unfinity! From the new MTG Sticker mechanic to new cards (and a new card type?), many spoilers leaked at the panel. Getting information out has been bumpy, so here is a quick summary of everything MTG players can’t afford to miss!

Perhaps the most impactful spoiling during the Magic panel was the new MTG Sticker mechanic. Generally, similar to the Perpetual mechanic in Magic Arena, Stickers are literal stickers (they count as counters, so they can be Proliferated) that you stick on nonland permanents you own for added abilities/functions. Unlike other counters, Sticker effects will ‘stick’ around between public zones (if a card with a sticker moves from the Battlefield to Exile or the Graveyard, Stickers will still affect the creature). This refers to any zone where both players have information like the Graveyard, Battlefield, Exile, etc. If a card is returned to the hand or Library, Stickers will fall off.

An RNG mechanic is also associated with Stickers (you only get access to one randomly picked Sticker sheet at the beginning of the game). There are four types of stickers: Name, Ability, Art, and Power/Toughness. There are a lot of ins and outs with this mechanic, and we have written an article that talks more in-depth about Stickers.

Tickets are another newly announced mechanic that functions the same way as Energy from the Kaladesh block. In other words, Tickets are an alternate currency the player can accumulate through abilities. You can then spend Tickets to use the functions represented by your Stickers.

Here’s the most exciting thing revealed at Mark Rosewater’s SDCC panel! We get a good look at some new Unfinity cards that interact with the new Ticket and MTG Sticker mechanics! We also get to look at some new Eternal legal cards that had complications along the way.

Of all the new spoilers, this one generated the most buzz. Far Out is a card that players have wanted to see and that WOTC has wanted to create for a long time. The catch is that this card is not Eternal Legal. After many MTG players asked Rosewater on his Blogatog why this was, the answer was basically that the rules team didn’t clear it. The answer to the rules issue is complicated, and Rosewater is interested in getting the rules team to release an article that addresses it. For the most part, we know Far Out is totally ok in eternal play. A few corner cases with the card make it a problem from a rules perspective. We do not currently know what those corner cases are, but MTG judges may be able to come up with those conclusions themselves.

To reiterate, any Common or Uncommon card with no stamp will be legal for Eternal play. This card confirms that Tickets and Stickers will become Eternal legal mechanics. I find it rather amusing that Wicker Picker gives creature spells ‘Sticker Kicker.’ Judging from the flavor text, the wordplay was very intentional.

Unfortunately, there was some confusion as to whether Magar of the Magic Strings would be Eternal legal or not due to a misprinting that was previewed. If you want to know more about Magar, we wrote an article about the issue.

One overarching theme for Unfinity is that all of the rides featured in their carnival will be very exciting… and very unsafe. Carnival Carnivore is another instance of gaining a Ticket and placing a Sticker on a nonland permanent you own. To be clear, that does not mean you can put Stickers on opponents’ cards that you control; since you do not own them, you control them. On a side note, this will be the second black crab that MTG has ever seen as of right now.

This card is not Eternal legal for apparent reasons. Animate Object quite literally lets you turn any object outside of the game into a game piece. Mark Rosewater commented when showcasing this card that he attacked with a shoehorn.

Angelic Harold is another card previewed that will not be Eternal legal. It seems like MTG is avoiding effects that mess with names too much (or could have different power levels depending on languages?).

Miscellaneous and A New Card Type?

Many different artworks and hints were showcased throughout the Unfinity preview. There is also a ton of content with little information about them, so we will highlight the more substantial hints that we know so far.

Aliens and Robots will be two new creature types introduced in Unfinity. Robots, in particular, have been confirmed to have a tribal theme when drafting the set. As a side note, most Robots are also established to be Clowns. ‘Names matter,’ ‘hats matter,’ and ‘artwork matters’ will all be additional themes in the set.

Watch it for Yourself!

As we mentioned in the last paragraph, there were a lot of cryptic hints with not a lot of factual information. The best way to catch up on what was said (besides the highlights given here) is to watch the panel yourself. Any burning questions that arise? Let us know, and we’ll do our best to get to the bottom of it!