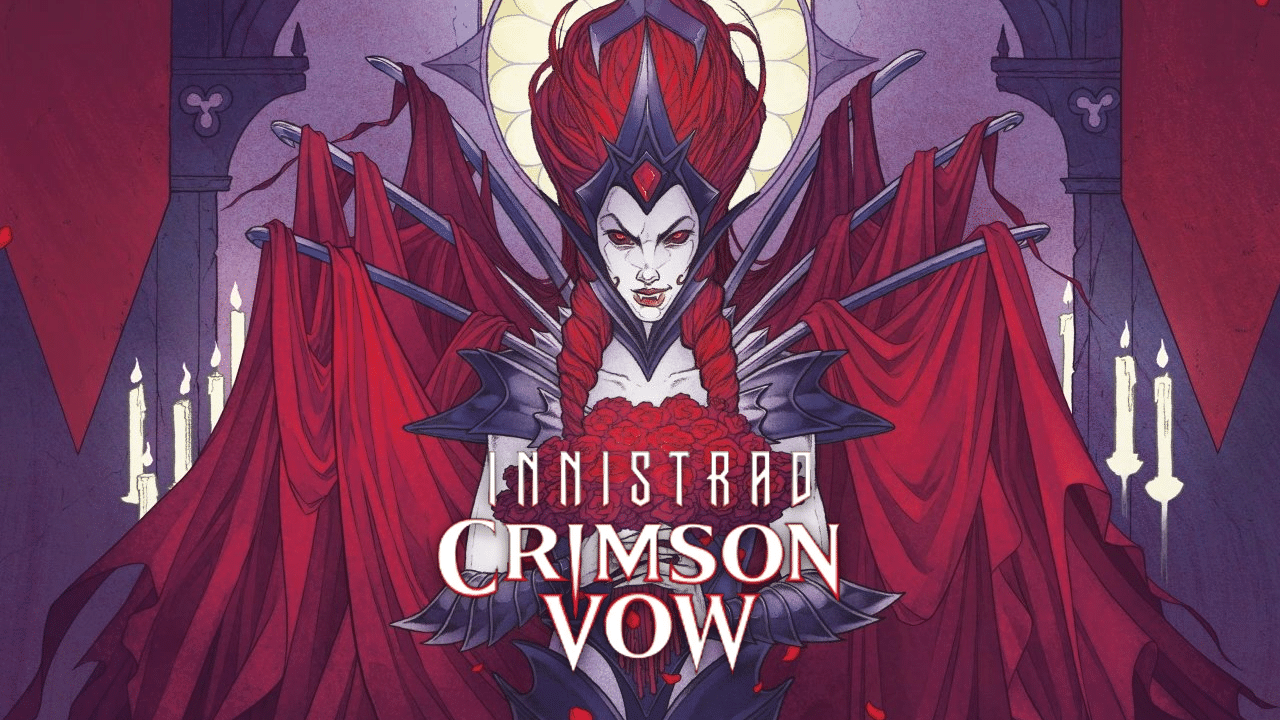 Magic: the Gathering lead designer, Mark Rosewater, has a very popular blog where fans can ask him questions about the game. Often times, MaRo uses the blog to drop little hints and teasers about upcoming Magic sets. In a recent post, MaRo revealed something that we can expect from the second new Innistrad set, Crimson Vow.

Ancient-Chaos Asked:
Given the Feedback on Midnight Hunt in relation to its werewolf-ness, is there anything you can currently say to set expectations about Crimson Vow’s vampire-ness?

MaRo:
Expect a similar amount of “vampire-ness” in Crimson Vow as there is “werewolf-ness” in Midnight Hunt.

A user asked about the amount of “Vampire-ness” in Crimson Vow will be similar to the amount of “Werewolf-ness” that was in Midnight Hunt. MaRo confirms that we will see a very similar amount, which is very exciting. But what could that all mean?

First off, we should expect a vampire planeswalker to make an appearance. We already have some art that shows Sorin in the set so that’s a very natural educated guess as to who it’d be.

Next up, is that we should have some very important Legends in the set. We know that Olivia Voldaren is going to be in the set, and we can definitely speculate that Edgar Markov may be in the set as well.

While we do know that there will be mechanics from Midnight Hunt that will cross over into Crimson Vow, I anticipate that we’ll see a specific Vampire focused mechanic show up. We know that there’s a theme around having an effect happen if an opponent lost life in the turn. We could see a keyword added to that or an evolution of this for this set.

Midnight Hunt just dropped and we are exploring the new standard format, but I’m also very excited to see what come Crimson Vow. Be sure to check out our hub for all Innistrad: Crimson Vow info. What do you think we’ll see? What cards do you want to see in Crimson Vow? Let us know in the comments!