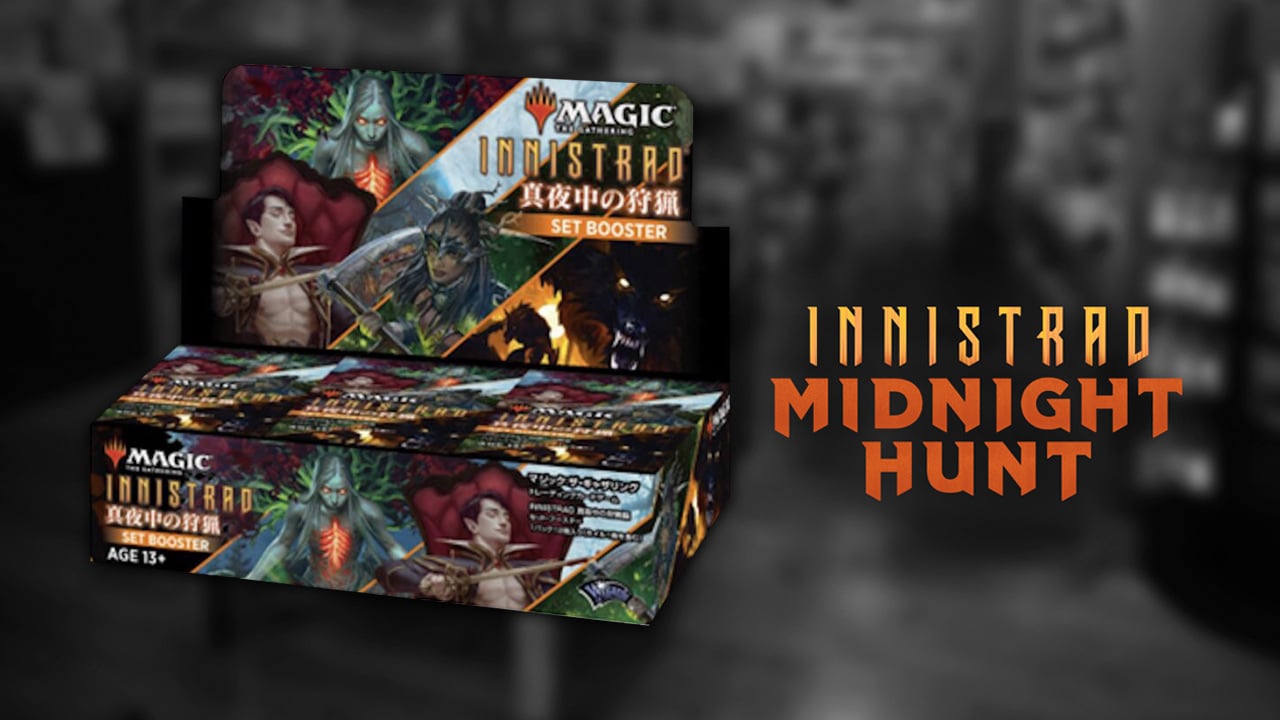 The Innistrad Japanese packaging was leaked on the MTG subreddit earlier today. While these aren’t confirmed to be real, they do look genuine enough. As per with a set release, there are Draft, Set, and Collector Boosters available to purchase upon release.

As you can see on the Draft Boosters, Teferi is going to visiting the plane of Innistrad. We’ve seen a smattering of powerful Teferi cards such as Teferi, Hero of Dominaria, and Teferi, Time Raveler. With that, Teferi, Master of Time from Core Set 2021 has seen little play due to the lower power level. Maybe, we’ll see Teferi will return to form on Innistrad.

Interestingly, the Werewolf in the Draft Booster pack could suggest the return of Arlinn Kord. Arlin first featured in Shadows Over Innistrad and then in War of the Spark, both cards support the Werewolf theme well. Since Innistrad: Midnight Hunt focuses on Werewolves, Arlinn’s return could be quite likely.

Looking at the Set Boosters, it’s likely we’ll get another Wrenn and Six-style card. Printed in Modern Horizons 1, the planeswalker sees extensive play due to its ability to recur lands. It’s unlikely we’ll see a direct reprint in Innistrad: Midnight Hunt, but maybe an evolution on the card. However, it’s likely we’ll see a Wrenn & Seven as Wrenn uses the Treefolk as an organic host. Through planeswalking, the Treefolk can deteriorate, and currently Wrenn is on her sixth host.

On the Collector Boosters, we see Wrenn and Six with another anonymous character which we’ll see once preview season begins.

Also as part of the suggested leak on Reddit, the Japanese Booster Box packaging was revealed with similar images on the booster packs.

You’ll be able to get your hands on the newest take on the Gothic horror-themed plane on September 24, 2021. Innistrad: Midnight Hunt will be paired up with Innistrad: Crimson Vow which is scheduled to be released on November 19, 2021.