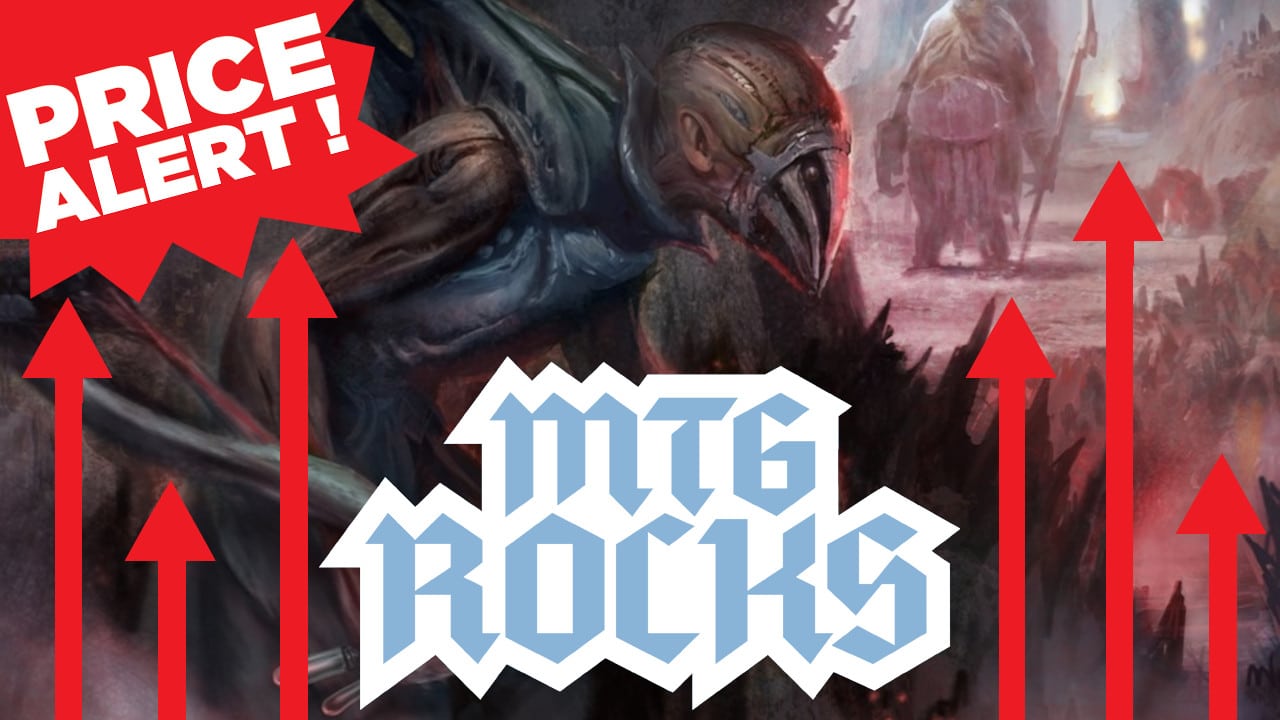 Infect decks have been around in Modern for a long time. While the Modern metagame is constantly shifting and many old decks can be overpowered by new cards, Infect made a recent comeback, placing 4th in a major Magic: the Gathering tournament. Consequently, a key piece of the deck shot up in price this weekend.

Phyrexian Crusader was already relatively pricey, sitting at $15.00 just one week ago. But, over the weekend, the infected Mirran Crusader surged to $25.00+.

Read More: Prices Are Going Up For This BUSTED Modern Staple!

What is Infect in Magic: the Gathering?

Infect is a relatively old ability in Magic: the Gathering and some newer players may not know what it is.

Whereas normally, you must deal 20 damage to your opponent to win a game of Magic, Infect is one ability that circumvents this standard. Infect decks only have to work half as hard as other decks, as Infect creatures deal damage in the form of poison counters, and if a player takes 10 poison damage, they lose the game.

To capitalize on this unique ability, Infect decks typically follow a simple strategy. First, they play an infect creature like Glistener Elf. Next, they pump up that creature via effects like Become Immense, Scale Up, and unique lands like Pendelhaven. If you can hit your opponent with a 10 power Infect creature, you win.

Infect decks are historically very fast and aim to win the game around Turn 3. With the best of draws, they can even win on Turn 2!

Why Did Phyrexian Crusader Spike in Price?

Infect took 4th place at Channel Fireball’s Las Vegas tournament earlier this month. This tournament was one of the biggest in-person Magic: the Gathering events to happen since the pandemic. But the Las Vegas infect deck looked a little different than normal.

While Modern Infect decks have traditionally been blue-green, they are now splashing black for a single card: Phyrexian Crusader.

Ever since Modern Horizons 2 was released, the removal played in Modern has shifted to deal with new threats like Ragavan, Nimble Pilferer. The most played removal in the current metagame consists of Prismatic Ending, Lightning Bolt, and Unholy Heat. Phyrexian Crusader conveniently dodges all of those spells because of its protection from red and white.

Let’s take a look at the Las Vegas deck, piloted by Jeff Jao:

Infect has gained a new toy in the form of Ignoble Hierarch. The Goblin Shaman is not replacing Noble Hierarch which has been a mainstay of Infect strategies for years. Instead, Infect decks are playing four of each mana dork.

The eight Hierarchs allow for more consistent, explosive openings. Plus the extra Exalted triggers help pump your Infect creatures. In addition to these two key points, Ignoble Hierarch also produces black mana which enables us to cast our Phyrexian Crusader!

With that said, Phyrexian Crusader does have some financial wiggle room. If Infect becomes a big contender in the Modern metagame, it could go higher in price. However, if Infect was a “flavor of the week” and the deck falls out of favor, the price of Phyrexian Crusader will likely follow suit.