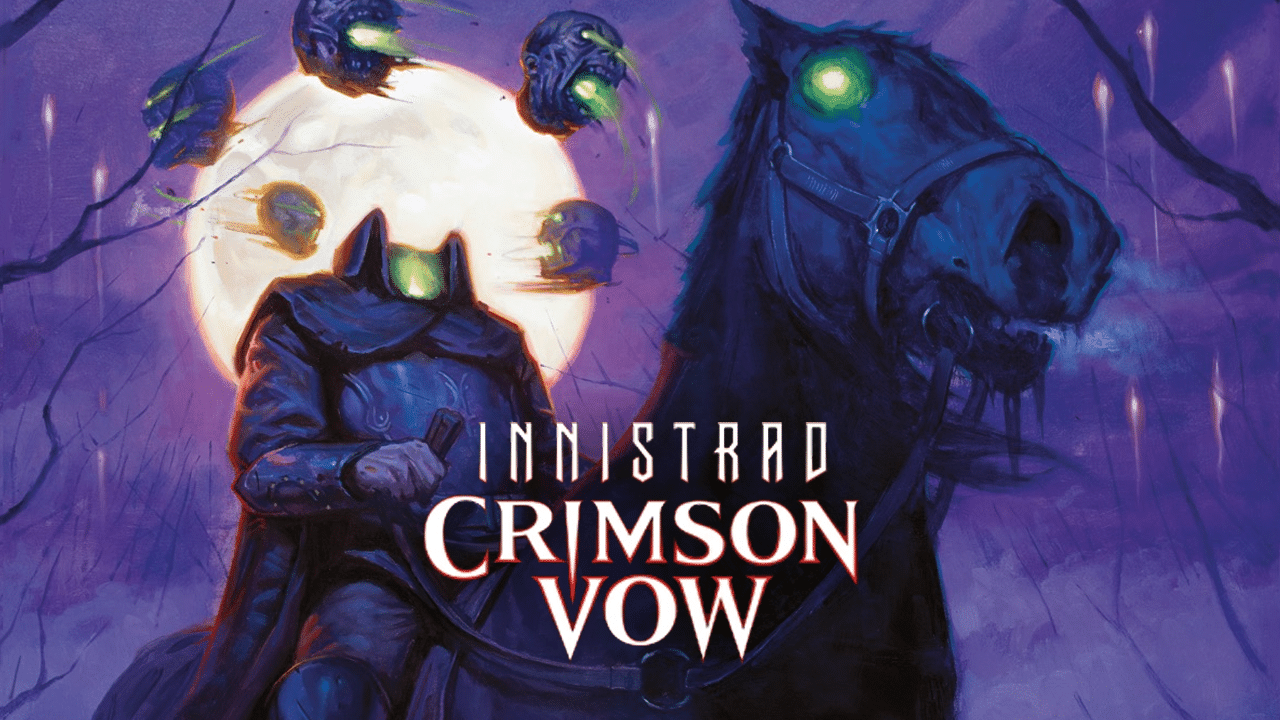 How Good Is the New MTG Cemetery Cycle From Innistrad: Crimson Vow?

With every new Magic: the Gathering set there’s always various cycles of cards printed, meaning there’s a theme for a card in each color. Example of this would be the Titans, the Adversary cycle from Midnight Hunt or even the Command cycle. Innistrad: Crimson Vow continues this trend with the Cemetery Cycle, and today we’ll be taking a look at each card to see how good they’ll be.

The Cemetery cycle of cards deal with exiling cards from a graveyard and gaining some benefit. Unlike the Titan cycle or Command cycle, these cards are not the same Mana Value, nor do they have the same stat line. Right off the bat, the main ability to exile a card from a graveyard is very good. In various formats, there are always graveyard strategies, and being able to target remove cards from the graveyard is always beneficial. Now let’s look at each of the cards and see how good they are.

Cemetery Protector is the white card in the cycle. For 4 mana, a 3/4 is an alright stat line. This also has flash which is really nice. The 2nd ability of the card is whenever we play a land or cast a spell that shared a card type with the exiled card, we make a 1/1 human creature token.

This isn’t a huge effect, but one that can spiral out of control pretty quickly depending on what card type you exile. Most likely you’re exile a creature, and the kind of deck this would go in, there should be plenty of tiny creatures that you’ll cast in a turn. I think that this may slot in well in Standard, but probably not in Historic or older formats.

Our blue card in the cycle is Cemetery Illuminator. For 3 mana, a 2/3 flyer is solid stats. The 2nd ability set is actually quite powerful. It allows us to look at the top card of our library at any time, and we can cast the top card if it shares a type with the exiled card. Of note, this ability triggers both when it enters the battlefield or attacks, which is awesome.

There is a few different decks that would want this kind of card. Spirits in Modern and Pioneer definitely will want to have this kind of effect, and it also will get buffed by our lords. This also would slot pretty well into a Mono Blue tempo style of deck. We can exile an instant or creature, and gain the benefit of having protected spells on top of our library. I expect this to see some good play across formats.

The black Cemetery creature is Cemetery Desecrator. The 6 mana 4/4 is a mediocre stat line, but it has Menace which is a nice. This first ability triggers upon entering the battlefield and dying, which makes is very useful. The second ability is for all intents and purposes, removal. We can deal with planeswalkers with the first ability, or creatures with the 2nd.

I don’t know that there’s a very natural place for this creature. Standard’s environment really doesn’t seem like it wants a card like this, especially since black is the last played color, only being utilized as splashes in tier 2 midrange and control decks. Formats like Historic, or Modern, this costs too much to be viable. I think the home for this is really just Commander.

The red Cemetery is Cemetery Gatekeeper. A 2/1 for 2 with first strike is exactly the kind of creature a red aggro deck wants. The second ability triggers when we play a land or cast a spell that shares a card type with the exiled card, and shocks our opponent.

While there isn’t a great place for this in Standard right now, this card and a few other cards from Crimson Vow could make a red aggro deck possible. I think that there’s a world where this could show up in a Burn deck in Historic. I think that for Modern or Pioneer though, I think this card just barely gets outclassed by the other options in those formats.

Rounding out the cycle is Cemetery Prowler in Green. This is probably the most aggressively stated card for cost. The first ability triggers on both entering the battlefield and attacks. Despite the stat line playing to a better blocker than attacker, vigilance helps this card do both. The second ability reduces the cost of cards that we cast that share a card type with the exiled card by 1.

I think that this could fit in Mono Green in standard. This is going to have to contend with Kazandu Mammoth and Old-Growth Troll. Looking at the current lists though, there’s a LOT of green pips so we may not get as much benefit. There could be some retooling of the deck to gain more benefit.

Where I think that this could see some play would be in a Collected Company style deck in Historic, where it can reduce the cost of all of our creatures, and we can hit this off CoCo.

Overall I think that this mechanic and cycle of cards is solid. I think that most of them have a home, but the environment for standard will need to change for these to really shine. What are your thoughts on them? Let us know in the comments!