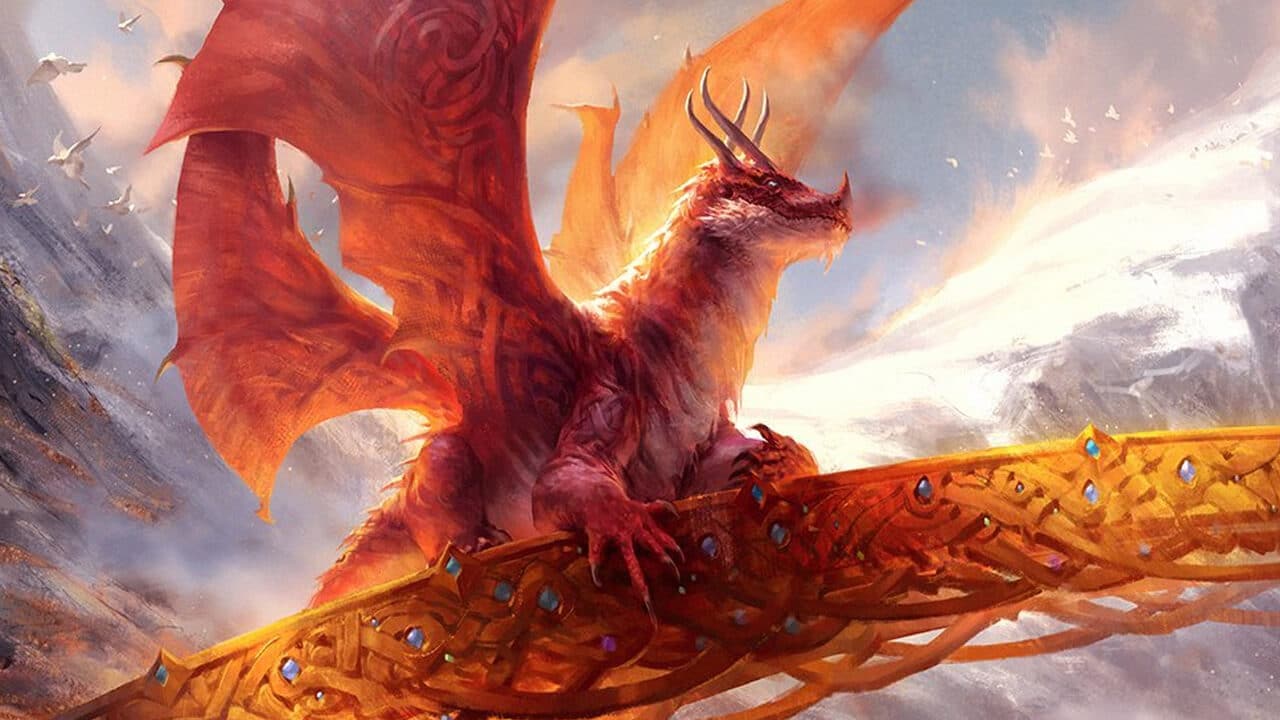 We’re almost at the end of the preview season for Innistrad: Crimson Vow. There’s some very cool new cards that are making their way into Standard! One thing that I like to do when a new set comes out is try to see if we can build a couple of my favorite flavors of decks in a few different formats. The first one is Mono White Death and Taxes, which got one very key tool, and had some existing tools. The other deck is Big Red, and that’s what we’ll be taking a look at today.

What is Big Red?

Big Red is a lesser known archetype that involves playing higher mana cost red creatures, and a bunch of removal at the lower end of the curve. It often falls short due to the lack of draw power and it’s often fair play style. That being said, I think that with the tools we have now and some very important cards from Crimson Vow, this deck could be a solid contender midrange deck. Let’s take a look first at a first pass for the deck.

The two new cards so far from Crimson Vow that are really helping to enable our deck is Chandra, Dressed to Kill and Abrade. Chandra is really nice since she comes down at 3 mana, and we should be able to keep the board clean in the early turns, so she should be safe. From there she can help ramp us into our 5 drop plays on the following turn which is where the “big” starts to pick up. Additionally, she offers us some extra card selection by letting us play the top card of our library.

Abrade is an awesome reprint in the set. This offers us a reliable 3 damage removal spell, while also giving us additional utility to deal with problematic artifacts, namely Esika’s Chariot and Maul of the Skyclaves.

We have 3 very powerful pieces of spot removal in our deck in Frost Bite, Cathartic Pyre, and Dragon’s Fire. We’re playing all snow basic lands, so Frost Bite is often Lightning Bolt. Cathartic Pyre is another 3 damage spell, but also offers some looting, which is crucial in our deck. Lastly Dragon’s Fire just makes a ton of sense since all of our top end is Dragons, and we can often deal with larger threats with this.

Our threat base is really just the best red threats in the format. We have Reckless Stormseeker which can accelerate our damage output dramatically by giving a creature haste and +1/+0. Moonveil Regent offers us some additional draw potential while also being a big flyer and some small amounts of damage.

Goldspan Dragon is still a Standard all star of a card and it makes total sense to include it here. We round the package out with a couple Inferno of the Star Mounts as our big, bad, uncounterable boss monster.

There’s a few different considerations for different cards for the deck. Unexpected Windfall could replace Moonveil Regent at 4 mana. It provides us ramp and card draw which is a great combination. Burning Hands is going to move between the main and side depending on how prevalent Mono Green is in the format.

Magic Missile most likely will be a sideboard card for decks like Mono White. Sunstreak Phoenix is a strong recursive threat and we can trigger the day night cycle pretty easily since we have a ton of cheap spells.

READ MORE: Thalia Won’t Save Us From Izzet Epiphany in MTG Standard

While we will have to wait and see just how strong the deck is, it looks pretty decent on paper. What are your thoughts on this? Any changes you’d make to the deck? Let us know in the comments!

Innistrad: Crimson Vow releases on Magic Arena and Magic Online on November 11th, and in paper on November 19th. Make sure that you check out our Preview Gallery to stay up to date with all the new cards as they come out. You can also preorder Crimson Vow products here.