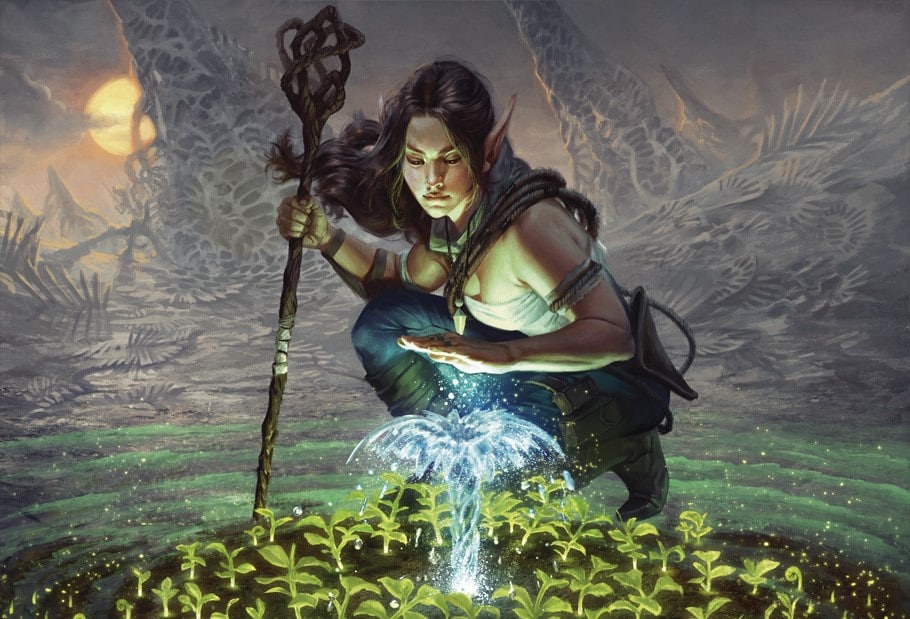 One of the last Unfinity spoilers alerted the MTG community of a new incoming two-card infinite combo. Devoted Druid is on the butt-end of a bunch of different infinites, and adding one more may not be too big of a deal. That said, this one is straightforward to pull off and needs no setup besides having the Devoted Druid and Captain Rex Nebula in play simultaneously.

Infinite mana combos with Devoted Druid have gotten a bit out of hand. A ton are available, but this one offers a few things the others don’t. Firstly, both cards have moderate mana values of two and three. Devoted Druids goes nuts with something like Myrkul, Lord of Bones, but that card has a mana value of seven, and the combo needs some setup. It’s fantastic for Commander but not so great for other Eternal formats.

Secondly, this combo needs no setup. All you need are these two creatures on the battlefield before you move to combat. That said, while the combo doesn’t require setup, you do need a payoff available. The only downside with this combo is that Devoted Druid will self-destruct once the turn ends.

Lastly, this combo goes off on turn three without any ramp, and the cards do ok on their own. Luxior, Giada’s Gift is a fantastic one mana combo piece with Devoted Druid but does a lot of nothing outside of that.

Read More: This MTG Product May Get the Axe, Unless You Save it

Unfortunately, Devoted Druid will die on your endstep if you put more than two -1/-1 counters on it before it turns back into a creature. This means you’ll need access to a win condition if you want to close the door as soon as you gain access to infinite mana. Consider the following:

One restriction for this specific infinite is that sorcery speed wins that rely on combat damage won’t work. Hence, cards like Finale of Devastation are probably out of the question unless you’re tutoring a specific win condition with it. Walking Ballista is the clearest win condition that has a lot of function on its own, considering these requirements.

You probably won’t play this in constructed, but Torment of Hailfire is a fantastic EDH win condition. The only requirement is that you have two black mana available to cast the card after you go infinite since Devoted Druid will only be creating green mana.

You can’t get more classic than this. I’m not sure when you’ll ever play this outside of meme potential, though. This also extends to any other Pseudo-Fireball effects out there.

Here’s my pick for the flavor card in this deck. Ironically you can’t actually win with this if your target is Devoted Druid, but you can turn back the clock on your -1/-1 counters. If you have another artifact, you can use that to win the game. Luxurious Libation is an alternative to this that, when targeting Captain Rex unblocked, will win the game.

Is This the Best Combo?

The most direct comparison this combo will have is Devoted Druid and Vizier of Tumbling Sands. Captain Rex Nebula is better on its own than Vizier is, but the Vizier combo is better in the sense that Devoted Druid won’t self-destruct at the end of turn. Either way, this new two-card combo will likely end up in some EDH decks already running Devoted Druid infinites.