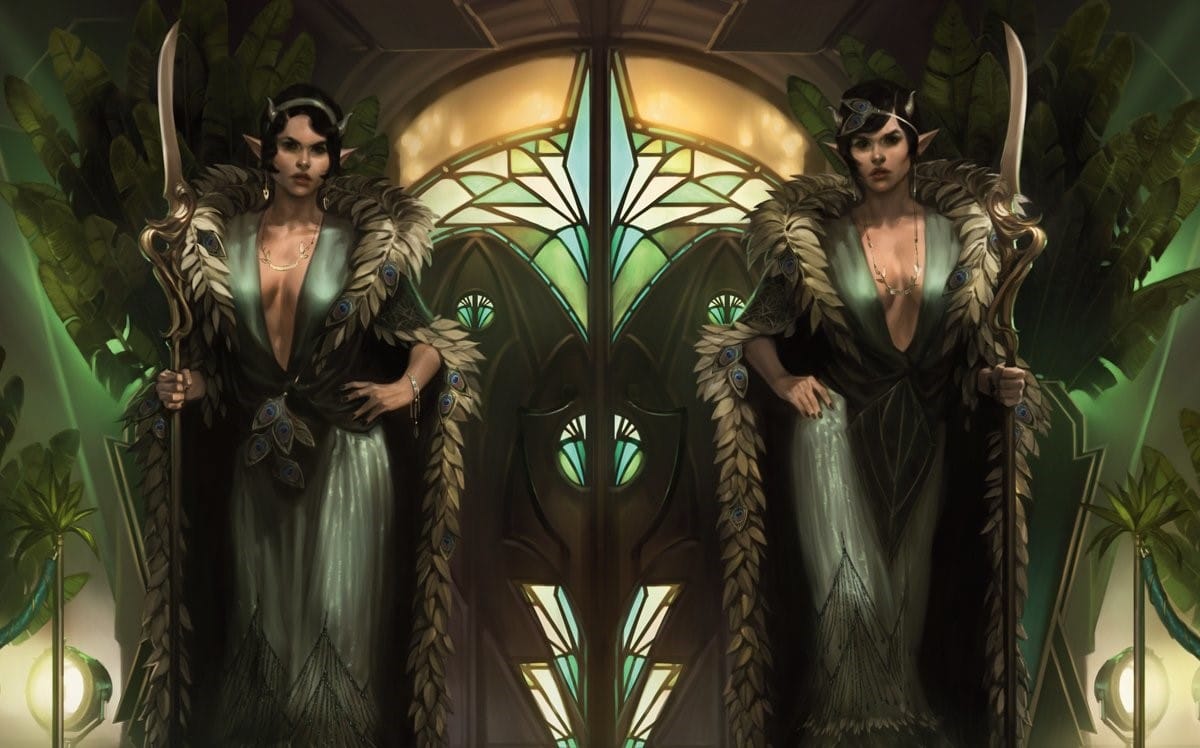 This MTG Product May Be Getting Axed, Unless You Save It

MTG Limited is perhaps the most accessible way to play Magic. All you need to do is show up with some pocket change in hand, sit down with some friends and open some packs. You don’t need to bring a deck that costs hundreds of dollars, and the variety of archetypes available allows you to try different things whenever you show up. The format is also incredibly challenging since you have to build your deck while trying to figure out what other players are doing. Finally, a dash of luck in what Rares you open solidify this format as an MTG mainstay.

Even though MTG Limited has such a vast following, Wizards of the Coast hasn’t emphasized the format much recently. Many competitive players lament the loss of Limited in Pro Tour level events and want to see a return to its previous importance. Good news! In Wizards of the Coast’s latest Dominaria United survey, there are a lot of questions asking about Limited, but not all of them suggest good things. One particular product might be getting the axe, unless we speak up.

While this isn’t directly related to the survey, consider this background information for a question posed. We previously discussed how sales suggest a grim future for Draft Booster products. Numbers weren’t adding up, and it became clear that some sellers may have been offloading their Draft Booster Boxes for a loss. Fortunately, following this article, a slight jump in sales average seemed to rectify the issue. Unfortunately, as seen by the sales data above, Draft Booster Boxes for Dominaria United are now selling for lower than ever before.

If some sellers offloading products for a loss in the past was a reasonable conclusion in the past, it is now more reasonable than ever. Due to the price increase that Wizards of the Coast products have suffered as a result of “the costs of goods, transportation, and manufacturing have increased significantly and steadily for just about everyone across nearly every industry,” the Booster Box prices that customers have come to expect from their LGS just aren’t cutting it anymore.

Are You Playing MTG Limited with Your Set Boosters?

In terms of the Wizards of the Coast survey, an unusual question popped up in their latest survey regarding Dominaria United: “How many times did you play Draft or Sealed with Set Boosters in the past six months?” Following this was a question asking why.

As seen above, I played one draft with Set Boosters strictly because my LGS ran out of Draft Boosters. The experience was fine for a draft among friends but could be exceedingly annoying in a competitive environment with prizes on the table. This is because the card distribution in Set Boosters is so different from their Draft counterparts that it almost creates an entirely different format – one that is usually much worse in terms of balance. The other side of this is that Set Boosters are a lot more exciting to open. Everyone had cool things to play, and everyone walked home with a $10 card or two because of how many Rares come in Set Boosters in comparison to Draft ones.

While no one knows why Wizards of the Coast is asking these questions, sales data suggests an exceedingly clear message that Draft Booster Boxes are in trouble, with only 3-4 copies selling per day on TCGplayer. Our other article breaks down the numbers for this analysis in more detail, so we highly recommend you read that.

Should these questions concern you, Wizards of the Coast is putting out surveys every once in a while, to help fuel their decision-making. Use these opportunities to let them know just how important Draft Boosters are to you!

A Concern About New Capenna Limited

Fortunately, while the topics above are somewhat worrying, the rest of the Dominaria United survey suggests many good things. In Rosewater’s 2022 State of Design article, he states that one of the most significant points of feedback for New Capenna was that “there were issues with draft.”

“There were some monocolor commons that were too strong, which led to the set getting a bit aggressive, making two-color decks more viable than three-color decks, which is disappointing in a three-color set. There were also some issues with color balance and swingy rares. I was also told it was a little too “samey” draft to draft.”

A few questions on the survey asked for more feedback for the New Capenna MTG Limited format. Players on the survey’s Reddit post were excited regarding the implications behind this. A common consensus throughout this post that matches with personal experience is that LGS felt pressured to gravitate away from New Capenna draft very quickly because it became stale abnormally fast.

“The question about New Capenna Limited was interesting. I wonder what they’re looking for in that?

In my area, I actually had a strange side effect from SNC’s long time in the draft spotlight: Players around here got burnt out on drafting SNC in the long gap between Standard sets and two shops nearby swapped their draft nights for Pioneer. I haven’t played any DMU Limited since the prerelease because there isn’t any to play. I wonder how common that is.” – hairToday243

Regardless of why Wizards of the Coast is asking these questions, it can only be good.

Read More: The Best and Bizarrest of Unfinity’s Acorn Cards

Did These % Increases Influence You?

The survey also listed a few MTG facts that look right out of an “X facts you didn’t know about X” YouTube video. While I was personally vaguely familiar with the 15% to 21% rate increase in foil lands, I had no idea about the Signature Art Card increase.

When discussion took off on Reddit, the feedback towards art cards in general were rather negative:

“Personally I think the art cards and the thick boi commander things are awful and would be thrilled not to have em waste space in packs. I know the art is pretty but it’s not for me” – Zanthy1

“Some of the signed ones go for some money so I think things like that are cool for people who like the artists or whatever. Its not my jam either but its got some amount of a following and I like to use the land art for lands in decks sometimes as a true “full art”” – lawlamanjaro

It seems that, from these comments, the card itself matters a lot more than changing the percentage chance of obtaining a premium copy.

Did you Provide Your Feedback?

While the Dominaria United Survey is now closed, this was an excellent opportunity to give feedback to Wizards of the Coast. Redditors on the related posts for these surveys all continue to state their criticisms. While a particularly interesting complaint surfaced regarding translation into non-English languages, price increases, quality control, and the recent wave of poor MTG Limited formats were, by far, what most MTG players had issues with.

Whether or not Wizards of the Coast will phase Draft Boosters out for Set Boosters has yet to be seen, but recent sales, combined with some of the questions from this survey, suggest, at an absolute minimum, that this isn’t outside of the realm of possibilities. If this concerns you, watch out for future surveys that ensure you can speak up on how vital MTG’s original product is to you.