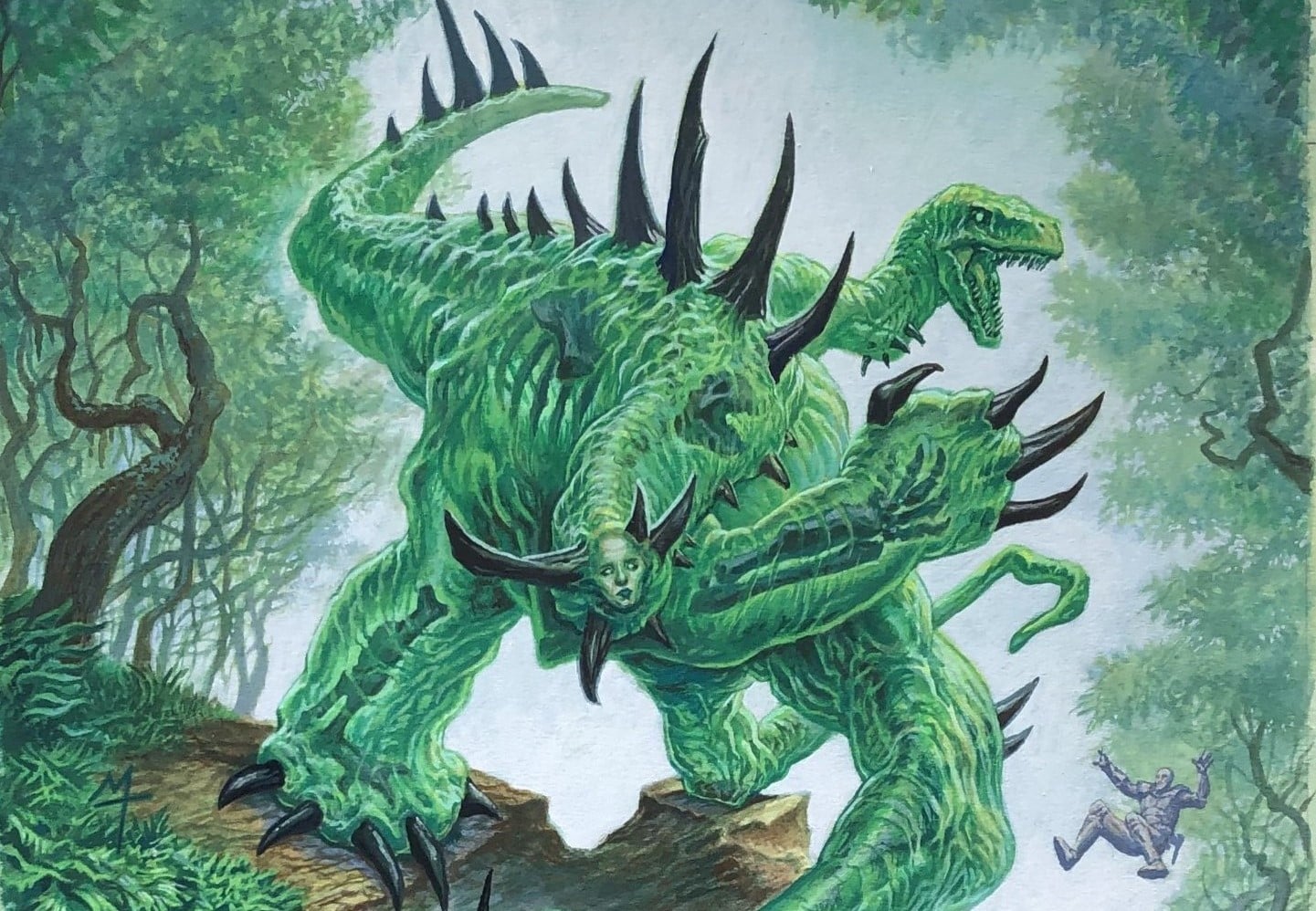 In a move that’s incredibly bizarre considering the current MTG singles market state, Double Masters 2022 sealed product has had another massive boost in price! Sure, secondary market singles have been crashing in price recently. This is due to how badly the market is flooded with an incredibly hyped set’s contents. As is typical with secondary market singles reprints, these will regain some of their original value once the flood starts to dry up. We’ve been alluding to this price boost for weeks, so for those who listened, congrats on getting on the ground floor of what will likely be one of the most expensive MTG products ever!

The Double Masters 2022 Collector Booster Box is out of Control!

This was an incredibly obvious move for anyone like us, who has been paying attention to market fluctuations and expected value out-of-box. In its past iteration, Double Masters 2022 Collector Boosters were just too good. Opening cards worth at least $250 (the old sales price) was elementary. Boxes are now selling for about $315 to $325 and are still increasing in price!

Part of the reason this considerable spike is happening now is the effect the community’s hype had on the Double Masters 2022 set as a whole. This is a really cool case study financially for the game, so I want to outline it!

Social Drivers to the MTG Market

Double Masters 2022 is a brilliant example of a market that was incredibly driven purely by the hype generated during spoiler season. As more and more incredible cards were spoiled for this set, pricing on Draft Booster Box preorders continued to soar. Yet, the Collector Booster was left behind. Why?

The idea of a Booster Box having only four Booster Packs was a foreign concept that many MTG players were unwilling to accept. Spending hundreds of dollars for only four packs of cards simply did not seem like a good deal, which makes sense. That being said, these Collector boxes were over a hundred dollars cheaper than Draft Booster Box preorders due to the insane hype that backed them. This is regardless of the fact that Collector Booster Boxes expected EV to rival that of the 24-pack boxes and may surpass it.

We ended up in a situation where our prices were decided purely by players’ excitement for a product correlating to demand on various storefronts. No one was excited to open four packs of incredibly valuable cards, but everyone would pay MORE money to open a less valuable product because everyone else was doing it. If there’s anything to take away from this, following the crowd financially can lead to ruin. That doesn’t mean Double Masters 2022 Draft Booster Boxes are currently retailing for a lousy price. Interestingly, according to Tolarian Community College’s Booster Box Game, these boxes may be priced appropriately. Like us, those who looked at numbers and came to some conclusions experienced a windfall. On that note, we need to outline just how insane this windfall actually is:

Why on earth are these boxes rocketing off to the moon!? Well, what if I said that it’s because the cards you open in Double Masters Collector Boosters are from a smaller pool of cards and therefore reward more consistent value? Not only that, but the Collector Boosters also play host to all of the more unique premium printings associated with the set that are much less likely to get future reprints. Sure, Force of Negation may see another reprint to quell its secondary market value, but what are the chances that the full art Force of Negation is? We’re not the only ones coming to this conclusion, as premium etched foil and full art Double Masters 2022 singles are starting to see another uptick.

The more significant driver, in all honesty, is the rate of sales in comparison to the supply of the overall product. These boxes have been going up in price consistently over the past few days. Yet, this has not discouraged players from buying an obscene amount of boxes from TCGplayer daily. If this trend continues, not only will these break $400 in a week, but players will start having trouble finding any. A reprint will bring the prices of these boxes down. However, Wizards of the Coast traditionally does not reprint Masters’ sets after the first print run. If you want some exclusive shiny cardboard from Double Masters 2022, this may be your LAST chance to get decent singles prices before these cards go out of control again.

The craziest thing about this boost is that anyone who decided to sit on Collector Booster Boxes can turn them around for more than 150% of their original price in a few weeks. This is an absurd boon in value and stands to be one of the most significant price spikes in MTG history!

It’s Not too Late! TCGplayer’s Bonus Bucks Sale can Help!

I bought a few of these Collector Boxes at release, opened up my shiny cardboard, and decorated my EDH decks. I knew these wouldn’t stay at their current price, and I’m glad I got them when I did. For those who want to get a few copies before they find their new apex in value, there’s a 10% Bonus Bucks TCGplayer sale for all products! You need to subscribe to get in on this deal, but considering that TCGplayer just bought ChannelFireball, it’s safe to say that this company will start growing exponentially. A subscription could be in your best interest to save money on MTG products. Interested in other financial opportunities to take away from this Bonus Bucks sale? We will have a list of things for you to consider shortly!