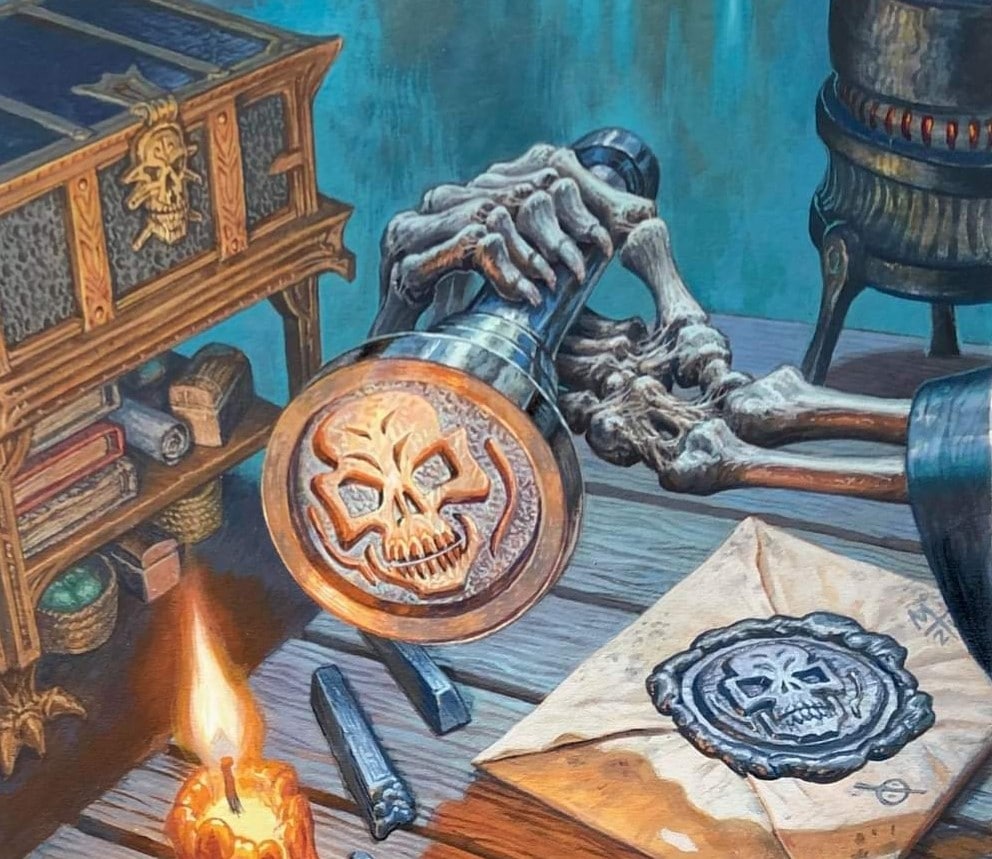 About two weeks ago, Imperial Seals were up for preorder on TCGplayer for about $330-360 US at the height of the preorder season. Its current price is far from that at $130, with signs of going down even further. Most sales being recorded on the platform are currently between $115-130, with the majority of sales between $115 and $120.

Being the peak chase card for Double Masters 2022 outside of Textured Foils in the Collector Booster, Imperial Seal is a good indicator regarding the state of the entire set. This is excellent news for MTG players looking to get some premier singles from the set! Imperial Seal is the most extreme example of this trend, but many Double Masters 2022 singles are plummeting in price.

Full Art Foils Have no Premium

Distribution has these card prices facing a brutal reality. Sensei’s Divining Top had an asking price of $300 during the preorder season in its full-art foil iteration. With how much more common these cards are than expected, this price should seem ridiculous to anyone opening the set. The same $300 asking price has now been reduced to $70, about $25-30 above the non-foil version of the card. Interestingly, however, this price tag is showing signs of increasing, with sales slowly inching up to $80 on full-art foil Sensei’s Divining Tops. Either way, making your money back on any Double Masters 2022 Sealed Product is getting a lot more difficult.

Its safe to say that this trend is pretty common amongst all of Double Masters 2022. Everything is heavily dropping in price. This even extends to the Textured Foil chase cards. Until release weekend, Kozilek, Butcher of Truth in its Textured Foil form was worth $800 US. On average, Kozilek is now worth about $200, but there is a lot of variance in sales for the card. Generally, this also may see a trend back up, as recent sales have it going for about $250.

What can You Take Away From This?

For those interested in making some money on the secondary market, the best thing you can do with Double Masters 2022 is to buy singles and wait. We’re likely at the bottom of a financial valley, and as these cards are absorbed into the secondary market and copies become harder to find, prices will begin to rise again. If you want to buy singles from this set, now is the time. With price trends all over the place right now, we don’t know when things will stabilize. Chances are, cards will continue to drop a bit. That being said, if you miss it and things start going back up, you will regret it because the increase will probably be huge.

If you have a box of Draft Boosters, you probably want to sit on it for now. Getting your value back will be difficult if you ordered your box before prices skyrocketed past $300. Generally, Collector Boosters still stand to be a better deal than Draft Booster Boxes. That being said, with the current state of the marketplace, opening either of these products doesn’t stand to produce a significant financial gain. It’s not difficult to get ahead with the Collector Boosters, but the amount of money you gain is becoming more negligible compared to the risk. Double Masters 2022 Draft Booster Boxes, on the other hand, are a financial trap unless you want to sit on them or Draft them. As we’ve said before, buying singles is currently the best thing you can do. You might as well get adjusted to TCGplayer since they just took over one of MTG’s largest brands.