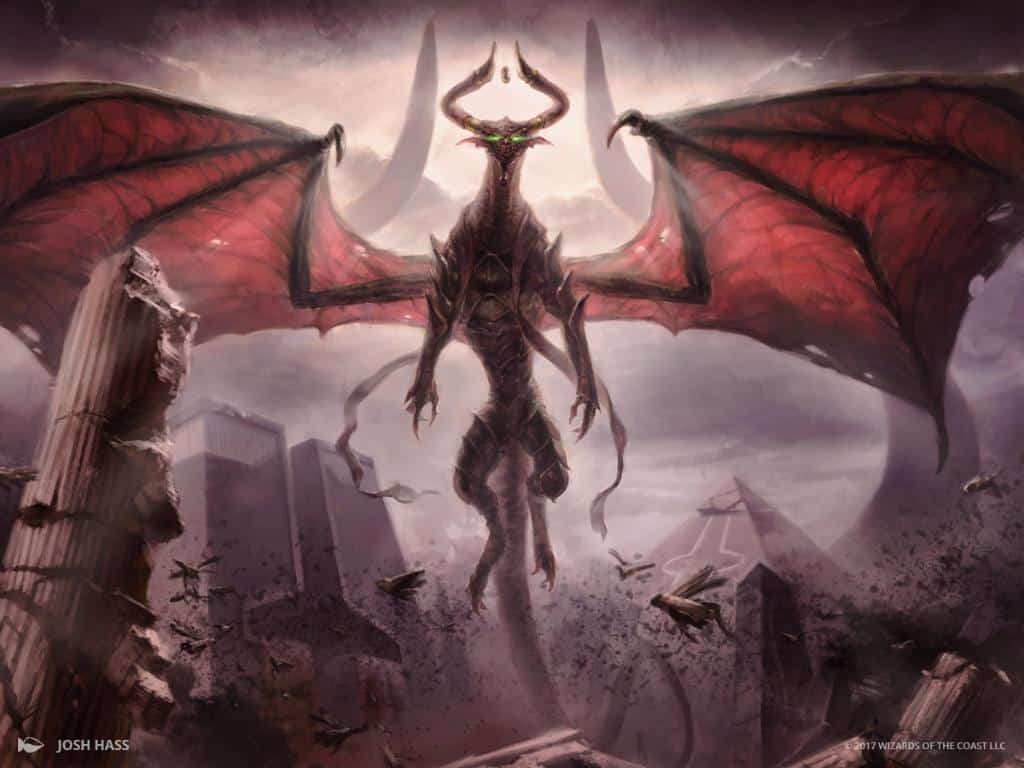 Despite Controversy, MTG Will Not Slow Down Product Releases

Magic: the Gathering has gone viral. The game is incredibly popular, with over 40 million players ready to sling some spells, so there will always be something going on in such a massive community. That said, Hasbro’s recent stock decline has drawn more attention to the game than ever before after Bank of America financial analyst Jason Haas double-downgraded the quality of Hasbro’s stock and accused them of destroying Magic: the Gathering for short-term profit. Among Haas’s criticisms arose a talking point that has had the community enraged for some time now – “Hasbro has been overproducing Magic cards.” This MTG product release topic came up during this week’s Weekly MTG show, and the answer received has been met with backlash from the community.

While many among the MTG community latched on to these two words spoken by Weekly MTG host Blake Rasmussen, the actual answer to the question in Twitch chat that led to this backlash is a bit longer than that. At about the 53:50 mark on the YouTube video, or the 58:50 mark on the Twitch VOD (which also has the chat recorded), Blake answers a question pitched by Twitch user MaximumMagic. This question reads as follows:

“@magic Blake do we expect Wotc to slow down the pace in which sets are released to give players time to catch-up?”

This addresses the growing concerns of the player base over the past months and the core reason why Bank of America Analyst Jason Haas gave Hasbro’s stock a double-downgrade in the first place. Blake’s response reads as such:

“We could do a whole show on that. There’s a lot to unpack with that question. I mean, the short answer is not really, but the longer answer is more nuanced and also acknowledges that we are very aware of that point of discussion, and its something we’ve discussed a lot internally and what that means and what it looks like for players to enjoy sets – balanced against player segmentation and serving all kinds of different player types. So, it is a long and nuanced conversation about what all of that means that we have every day here.”

Players are Burning Out

This reply from Blake immediately roused the response of concerned MTG players who were watching the show live. First among these was the same player who pitched the original question:

Twitch user Channel Mage added to this conversation, stating that they “also thought that BRO is the last set of this year, but no… There is still Jumpstart 2022…” Twitch user spacecoyote1313 “Used to be excited for a new set and to pre release… Now with the greed and product coming out, I couldn’t care less. I am following Magic news daily, but the tempo of releasing new sets is really brutal…” The majority of opinions following this answer from Blake were along the same lines, but not everyone is asking for a slower release schedule from MTG:

“I CANT BELIEVE anyone wants less Magic. Give me more sets please.” – andykv

This conversation didn’t continue for very long, as MaximumMagic asked another question that was answered by Blake during the Weekly MTG that previewed this past Tuesday. This question reads as such:

“@magic how do you fix the burn out occurring with older players? I’m concerned in general with what is happening now compared to the early 00s”

Blake replied as such:

“Again, it’s certainly something we’ve heard. One of the challenges is that there was a time where every product was this momentous occasion that you had to be a part of because the next one wasn’t coming for months. That isn’t the case anymore. My advice is to engage with the parts of Magic that you find fun and that you want to engage with, and not that you feel that you must engage with.”

Following this reply, many players in the comments seemed to lose any hope that they had left. Mishoten reworded these answers in their own interpretation: “in other words they’re not gonna fix the glut of products, they’re just gonna keep pushing product out.” xRandomSome1x cheekily added in “remember when every product was for everyone?” The comments get worse past this point, but the community watching the Weekly MTG show’s response was clear: this wasn’t the answer many were hoping for.

A Change of Perspective

Considering all the hot water Wizards is currently experiencing due to Hasbro’s stock situation, it’s a blessing that the community received an answer at all. Magic is a much larger game now than it was even a few years ago, and the game’s scale has had a significant hand in changing what Magic product releases look like today. Blake talks about this as he signs off the Weekly MTG show and why we will likely never go back to the old structure for product releases when talking to the statement, “I think we need to go back to one per quarter, but that’s just me.”

“We are probably never getting back in that world. One of the challenges when we did that was every product needed to have something for everyone, which was just not feasable. You could not release Ixalan and make everyone happy. What we recognized was, doing that, we just weren’t serving a lot of people. You know those surveys that you get every once in a while that you see online? We were not hitting a lot peoples needs/desires. We were really underserving a bunch of players when we did that. We genuinely want Magic to be for anyone, anywhere they want to play, to the best of our ability. Everywhere and everything is not always possible, but we try to as much for as many as possible because Magic is such a big game that brings in so many different ways to enjoy and engage with it. It’s important to remember that giving people a variety of ways to engage with Magic is a good thing. Is the balance exactly right? Is there tweaking that can be done? Of course. The overarching goal of giving a wide variety of experiences to as many people as possible we certainly believe is a good thing.”