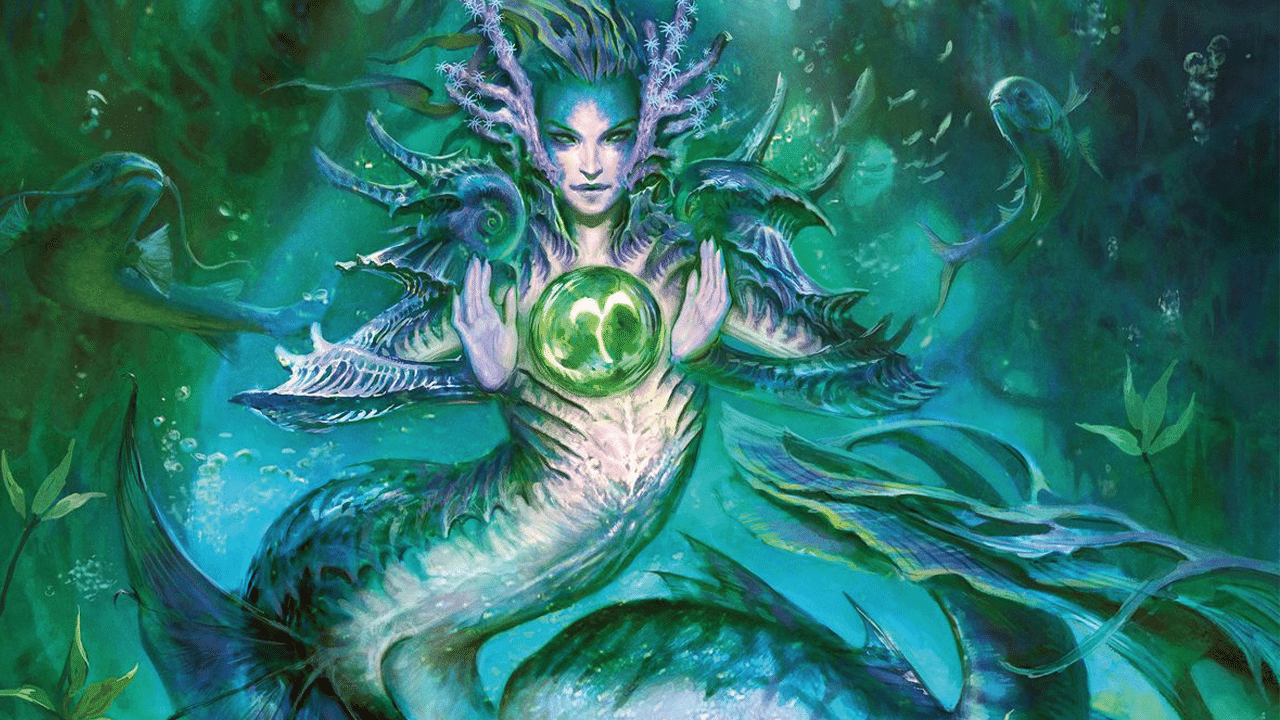 While legendary status used to be reserved for the top two rarities in Magic: The Gathering, we’ve recently seen hordes of incredible uncommon rarity commander candidates.

Of course, just being uncommon is hardly an indication of value, but the best uncommon commanders are the ones that allow you to dive into different archetypes and hopefully, come out on top too.

The ability to cast things with flash is great, and Raff Capashen, Ship’s Mage gives that to all of your historic spells. Historic spells are artifacts, legendaries, and Sagas, in case you’ve forgotten. Raff is also a four mana white and blue 3/3 with flying that also has flash. Basically, if you’re keen to do everything at instant speed, then Raff’s your man.

9 – Valduk, Keeper of the Flame

Valduk, Keeper of the Flame is a three mana red 3/2 with too much text. “At the beginning of combat on your turn, for each Aura and Equipment attached to Valduk, Keeper of the Flame, create a 3/1 red Elemental creature token with trample and haste. Exile those tokens at the beginning of the next end step.” Basically, play Equipment or Aura cards and get rewarded with an army of tokens. Simple.

On the subject of tokens, Maja, Bretagard Protector is a five mana green and white 2/3 that gives all of your other creatures +1/+1, and creates a 1/1 Human Warrior token every time a land enters the battlefield under your control. There are plenty of ways you can build Maja, but nearly all of them will end up being incredibly powerful, so just go with your gut instincts and you’ll probably be fine.

Here’s a fun tribal commander now with Slimefoot, the Stowaway. Slimefoot is a three mana black and green 2/3 that allows you to pay four mana to make a 1/1 Saproling token. They also make it so that whenever a Saproling you control dies, Slimefoot deals one damage to each opponent and you gain one life. It’s a great way to lean into the self-sacrifice elements within Golgari, and a surprisingly hard to beat commander as a result.

Read More: More Than Four Players In A Commander Game Is Hellish

Danitha Capashen, Paragon is a three-mana white 2/2 with first strike, vigilance, and lifeline. Along with that, they also make Aura and Equipment spells cost one less to cast. Unlike Valduk, going wide isn’t the plan here, instead, you just want to go all-in on making Danitha an unstoppable force and steamroll your opponents into atoms.

Next up is Hamza, Guardian of Arashin. Hamza is all about making creatures bigger using +1/+1 counters, and then casting even bigger creatures using very little mana. For six mana, you get a green and white 5/5 that costs one mana less to cast for each creature you control with a +1/+1 counter on it, and then gives that effect to all of your other creature spells too. Hamza allows you to go big and wide, and it’s hard to counter.

Fynn, the Fangbearer is a two-mana green 1/3 with deathtouch. They read, “Whenever a creature you control with deathtouch deals combat damage to a player, that player gets two poison counters.” All you have to do is hit the opponent with five creatures with deathtouch and your opponent has now lost. Green has lots of cool ways to give all of your creatures deathtouch too, so you don’t even have to restrict yourself that much.

We’ve got another aggro commander now, but this one can fly. Adeliz, the Cinder Wind is a three-man blue and red 2/2 with both flying and haste. They also make it so that whenever you cast an instant or a sorcery spell, Wizards you control get +1/+1 until the end of the turn. That means you can build this deck to be a Wizard tribal deck that’s also filled with great instant spells, and then treat it all as a big old combat trick.

Zada, Hedron Grinder is a four mana red 3/3 that reads, “Whenever you cast an instant or sorcery spell that targets only Zada, Hedron Grinder, copy that spell for each other creature you control that the spell could target. Each copy targets a different one of those creatures.” In essence, Zada is another aggro deck, but the difference here is that you can specifically lean into combat tricks that target your creatures, and then make sure you’ve also managed to bring out a lot of creatures. Zada is an especially cheap deck to make too, so this is a great pick.

Finally, we have Tatyova, Benthic Druid, who is the best of the best uncommon commanders, at least in our opinion. They’re a five-mana green and blue 3/3 that makes it so that whenever a land enters the battlefield under your control, you gain one life and draw a card. It’s not a particularly flashy ability, but gaining life and having such an obscene card advantage engine all on one card is incredibly powerful. Not only that, but they’re a Merfolk too, so you can even utilise the fishiest tribe in MTG.