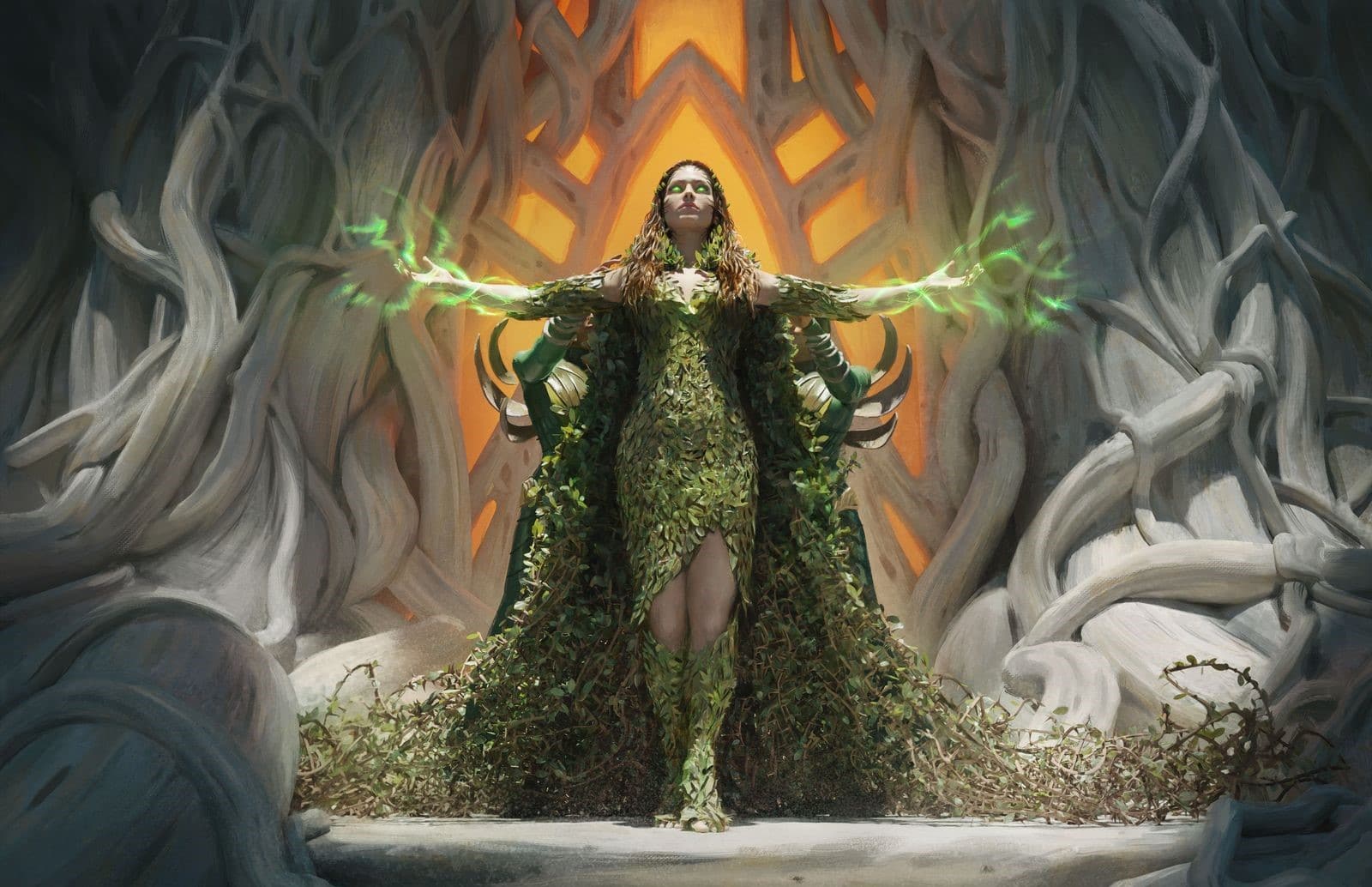 When a core Magic: the Gathering set is introduced, it is usually deeply entrenched with a story. This gives birth to powerful names that reappear through the franchise, like Jace or Teferi. Occasionally, these cards end up being the breakout cards from a set. Dominaria United, for example, featured the beginning of the new Phyrexian invasion, and Sheoldred, the Apocalypse is, by far, the best card in the set. However, more often, we get a set like Streets of New Capenna, where all the main characters are overshadowed by a lawyer bird just trying to do his job (Ledger Shredder).

Anyone following The Brothers’ War storyline knows that Urza and Mishra are the main characters and, in an ironic twist of fate, they’re also the most expensive cards in the set. It took a bit of extra time, but the last of the Meld cards, or the third important character in the set, has also become incredibly expensive.

Urza, Lord Protector is the penultimate and the ultimate version of Urza’s timeline as it has two sides. Both of Urza and Mishra’s most expensive iterations are at the same point in the timeline, and they both Meld. These were the first things spoiled as an attempt to excite The Brothers’ War, and there’s not quite anything like seeing a gigantic Urza Planeswalker as the thing representing the next set.

Most of Urza’s price has been driven by Commander. It’s also important to note that, unlike other Brothers’ War cards, Urza does not have a full-art variant because it is a Meld card. With this in mind, there are only two Urza variants, making them much harder to open in supplementary products like Collector Booster packs. In order to successfully Meld Urza, you also need The Mightstone and Weakstone.

Alongside Commander’s popularity, Urza sees experimentation in Standard, Pioneer, and Modern. The effect of reducing the costs of Artifact, Instant, and Sorcery spells is a rather significant one, but while this is an exciting concept to brew around, Urza has not yet found a home.

At its lowest, Urza sported a price tag of about $20, which is still pretty respectable. Nowadays, the card goes for about $39 and is still rising. Foils don’t go for much more than that, hovering around $40.

Read More: MTG The Brothers’ War Cards Are Selling For $1000+

Mishra, Claimed by Gix, is seeing experimentation everywhere. Honestly, I don’t get it since the card doesn’t seem to be at an appropriate power level for Pioneer, and especially not Modern, but people are testing the card there anyway.

Mishra’s financial rise is a lot more interesting than Urza’s. The card started around $22.50 before bottoming out to $10. Mishra, his since rallied back to exceed its current price point, going for anywhere between $32 and $35 rather consistently.

Besides all three of these cards being main characters in The Brothers’ War, the obvious connection is that these are all the Mythic Rare halves of the Meld cards presented in The Brothers’ War set. This is a very popular mechanic in a casual format like Commander, so any who open the more common half of these cards may be interested in obtaining the rarer half. Either way, the demand for these cards, according to their price points, are immense.

Of the three Meld cards in The Brothers’ War, this is the easiest one to actually Meld. Four lands in the graveyard is not a complex requirement to meet, and half of Titania’s Meld cards are lands, meaning you don’t need to pay mana to get it on the board. Titania’s Melded form is a bit lackluster compared to Urza and Mishra’s, but it threatens to end the game quickly enough.

Like the other two Meld cards on this list, Titania has a lot of Commander interest. Outside of that, this card has seen some experimentation in Modern Sultai archetypes, but those have not proven to be very popular.

Titania hasn’t quite reached its initial starting price point of $30, but it has recovered immensely after a dip to $9. The card is currently going for about $23, with the foils going for about $30. As mentioned before, because these are all Meld cards, there are only the original non-foil and foil variants currently available for them. This makes them significantly more difficult to open in Collector Boosters.

While the namesake characters are seeing huge price boosts, the same can’t be said for the other half of the Meld cards. Argoth, Sanctum of Nature has seen a massive decline and is only worth about $3.

Phyrexian Dragon Engine is a card to watch with a bit more of a keener eye. The card was initially priced at about $17 but saw a massive decline to about $3. The card has recovered its price a little bit, but there are some strange $16 sales between the $3-5 dollar ones. Mishra, Claimed by Gix, especially the price boost in its foil version, makes it one of the biggest cards on the secondary market in the past week. Speculators may be trying to target this card as a result. Don’t fall for a fabricated price spike.

The Mightstone and Weakstone, unlike the other Rare Meld cards, actually sees some constructed play outside of being gimmicky attempts to Meld these cards successfully. That said, the card has still dropped in price from its initial preorder price of $30 and is worth between $4-$6 now. I can easily see the other Meld pieces dropping to an even lower price than where they already are, but this may be a fair price for The Mightstone and Weakstone. The card is an acceptable option in Standard and sees some play in Pioneer in the sideboard of Karn, the Great Creator decks.

These Price Hikes are Hard to Read

Generally, there is a much clearer indication of why new Standard set cards are spiking like this. They have some success in constructed and are Commander favorites. The same can’t be said for this set of Meld cards. They have seen some experimentation in constructed formats, but none of those have really stuck. As a result, it makes sense that Commander demand for these cards should be at an all-time high.

Another somewhat bizarre indication of these price spikes could be that the foils actually have some rarity to them. A lack of variants due to the double-sided nature of the card is legitimately making these more difficult to open in premium product than other Mythic Rare cards. These price spikes are strange, so it will be interesting to keep an eye on them and see how they develop. That said, I would not be surprised if these wildly fluctuate for the next little while.

Read More: Successful Scalper Sales Mark the End of MTG As we Know it?