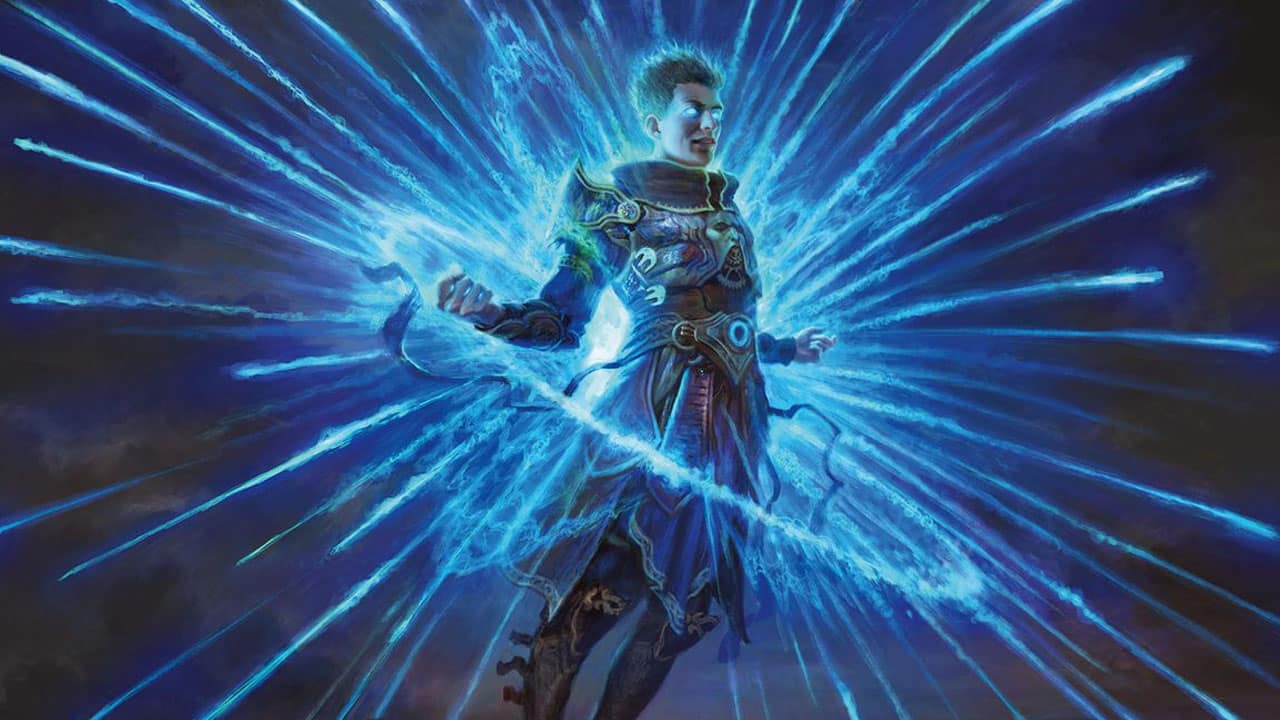 With Strixhaven: School of Mages and Commander (2021 Edition) out of the way, Modern Horizons 2 is on the er, horizon next. Due to be released on June 11, Modern Horizons 2 will bring new and exciting cards into the Modern format. These could be newly designed cards, or cards we regularly see in the Legacy or Commander format.

There’s a lot of tentative excitement with the set due to the impact Modern Horizons 1 had on the format. We saw Hogaak, Arisen Necropolis, and Arcum’s Astrolabe devastate Modern until their eventual ban. Even then, cards such as Seasoned Pyromancer, and Plague Engineer continue to dominate the format at present.

With that, let’s have a look at a couple of cards we would like to see in Modern.

It’ll be interesting to see during Modern Horizons 2 preview season whether the card appears in the set. It would likely take Mana Leak‘s spot at the two mana spot even with the Blue mana demands. We see Cryptic Command and Archmage’s Charm see play with little downside given how good Modern mana bases are.

Another card that is speculated to come in Modern Horizons 2 is Shardless Agent.

Shardless Agent sees play in Legacy as a way to cascade into Hymn to Tourach to great effect. Although the powerful discard spell isn’t legal in Modern, Shardless Agent could be a fun addition to the Modern format. You already have Bloodbraid Elf as a powerful cascade option, which could lead to a Temur Cascade shell with both of these cards.

Modern operates on an axis of cheap yet powerful spells, so it wouldn’t be a surprise to see the Human Rogue come into Modern.

Originally in Conspiracy: Take the Crown, Sanctum Prelate is another option for Modern application. The Human Cleric sees play in Legacy Death & Taxes since it can negate non-creature spells depending on the mana value.

Going further, this would be an exciting addition for Modern Death & Taxes as it can aid the Control or Midrange match-ups. Even then, it would be a certain include for Five-Color Humans to back up an already impressive disruptive package with Kitesail Freebooter and Meddling Mage.

Also, seeing a reprint would drive down the price of this impressive card. As it’s a mythic in a supplemental set, the price is quite steep at present.

One card that would be sure to shake up Modern is Price of Progress. Modern functions heavily on nonbasic lands due to the presence of fetch lands, and this would be one way to punish those archetypes. Although it’s unlikely we’ll see the powerful instant come into Modern, maybe there will be a higher mana value variant with a similar ability instead.

With that, it is confirmed by Wizards of the Coast that fetch lands will feature in Modern Horizons 2. It’s expected that Misty Rainforest, Verdant Catacombs, Arid Mesa, Marsh Flats, and Scalding Tarn will be in the set. Hopefully, this means the price of these cards will become more affordable for players to acquire.

Read More: What is Modern in Magic: The Gathering?

Despite the confirmed printing of fetchlands, it would be great to see the ‘Horizon’ land cycle completed in Modern Horizons 2. Technically starting with Horizon Canopy back in Futuresight, these lands are ideal for strategies that are unable to accommodate card draw. Modern archetypes such as Burn and Infect thrived on these lands and it would be exciting to see the set complete.

Granted, we are missing the Rakdos, Gruul, Azorius, and Dimir colored lands from the cycle. As we are seeing reprints in the form of fetch lands in Modern Horizons 2, it means we could see Horizon Canopy reprinted once again.