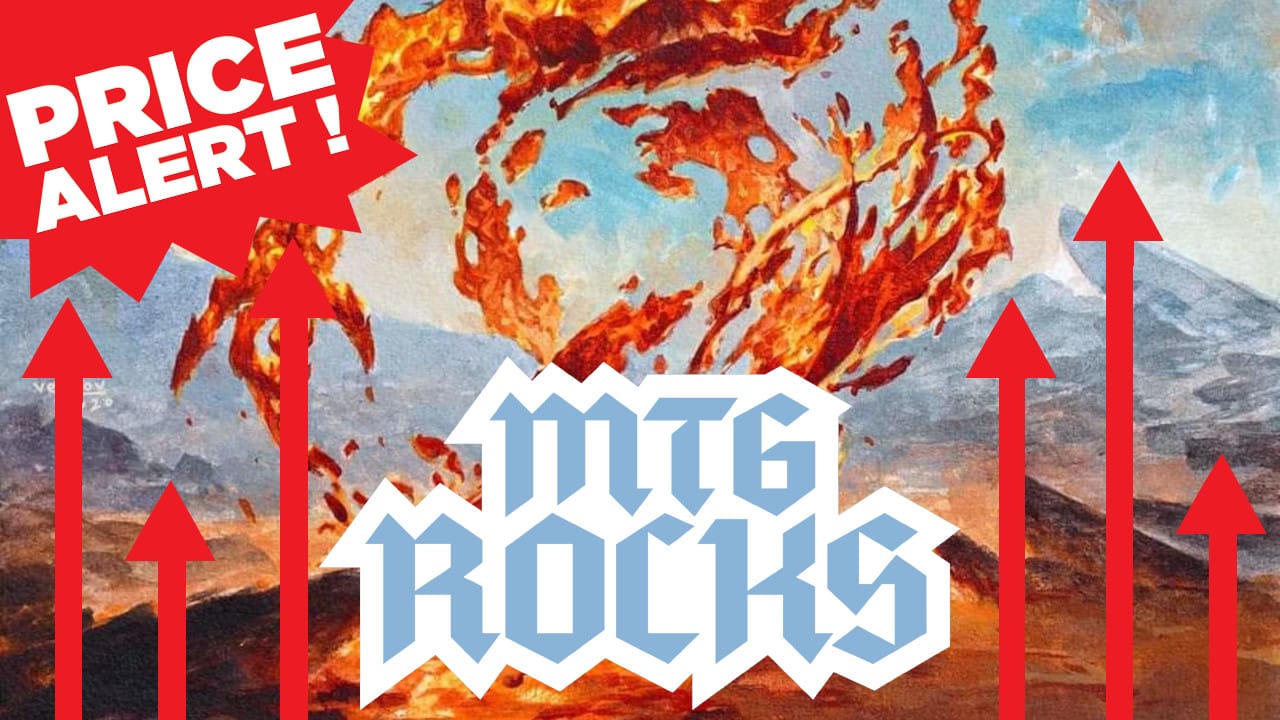 Last week we saw Solitude surge in price. Now, another mythic rare from the Elemental Incarnation cycle in Modern Horizons 2 is on the rise.

When Fury was first spoiled, it was a letdown for many MTG players. In Modern Horizon 2 set reviews, it was commonly ranked as the worst of the Elemental Incarnation cycle. Consequently, Fury dropped to as little as $5.00 after the set released. Then people figured out how good Fury actually was and it quickly became a $15.00 card.

I mentioned that Fury was worth keeping an eye on in last week’s MTG Marketplace article, as it was gaining some momentum from its long-time $15.00 price tag.

Over the weekend, Fury rose as high as $20.00. There are only 95 listings left on TCG Player at the time of this article. A few new listings were posted today for as little as $18.00, which I personally think is still a good price for Fury.

Why Is Fury Rising In Price?

The recent attention for Fury is similar to the spotlight on Solitude last week. Fury is pervading the Modern format, popping up in many decks including one which many players would argue is one of the best in the current metagame. Let’s take a look at a few.

Read More: Bringing Back Brought Back: MTG Card Price is on the Rise

Because our Cascade spells are all three mana, that means we can’t have any cards in our deck, besides Crashing Footfalls, that cost less than that. This is where Fury comes into play. Fury, Brazen Borrower (a.k.a. Petty Theft) and Fire // Ice all have mana values of more than three, but can be cast for less than that. This enables us to stave off our opponents’ plays in the crucial early turns of the game while we set up for something like a Shardless Agent on Turn 3.

Just like Solitude, Fury is a part of one of the top 5 decks in the current Modern metagame. Doomwake, a rising MTG Youtuber and fantastic player, is a big advocate of Crashing Footfalls, and helped in creating a 4-color deviation of the archtype.

Fury is particularly potent in this deck because we can actually hard-cast Fury for five mana, usually with the help of Utopia Sprawl and Arbor Elf. Gruul Ponza has historically included 5-drops in the past like Glorybringer or Elder Gargaroth for this reason. But compared to these cards, Fury is more versatile, as it can either be played for free with its Evoke cost or hard-cast when you have the mana to spend.

Fury in Even More Modern Decks

Fury is a staple in many other Modern decks like Elementals, Goblin Charbelcher combo, and Boros Midrange. It also pops up in many other fringe decks like the new “Jeskai Moonblade” deck, Mono-Red Aggro, and some Blue-Red Control decks.

Personally, I think it will end up being a $20.00-$25.00 card in the long run, once Modern Horizons 2 goes out of print. I’d pick up Fury sooner than later if you are interested in playing any of the decks it is apart of. I bought my playset simply because it has so much potential in Modern.