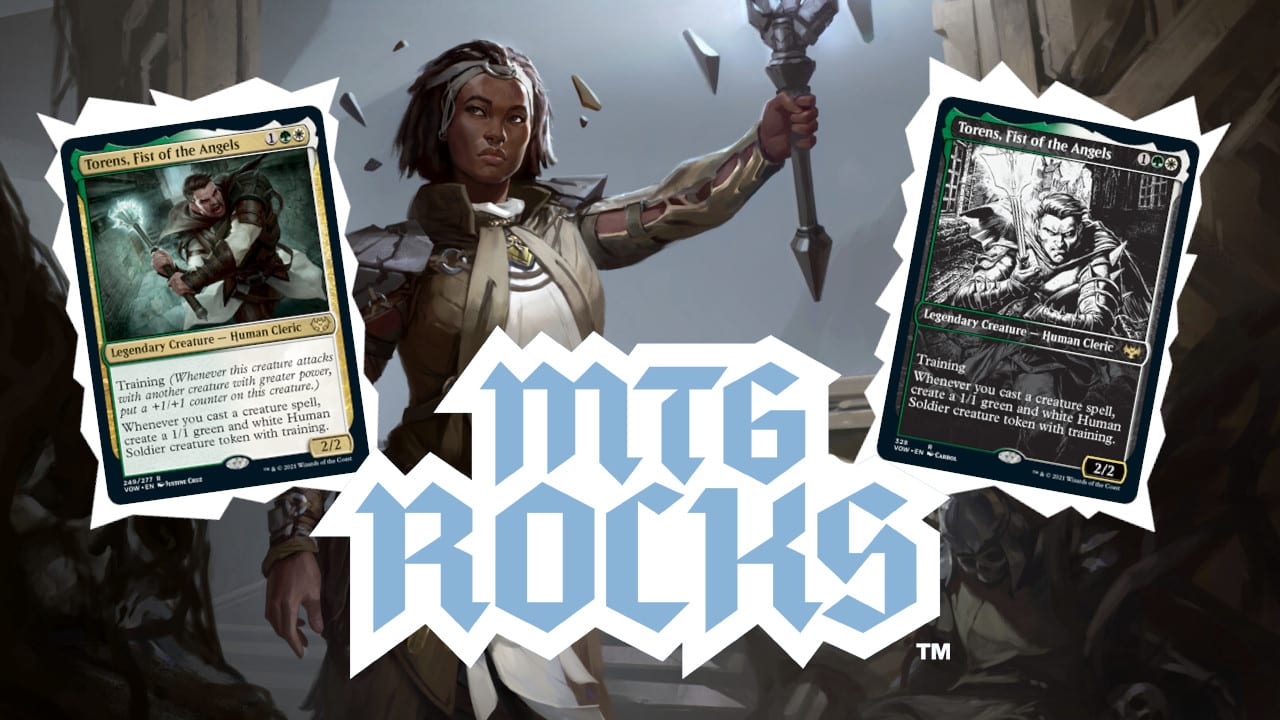 Of all the Crimson Vow cards we’ve seen in the first two days of spoilers, one is standing out as a big Standard contender. That card is Torrens, Fist of the Angels. Let’s analyze the card and take a look at where he could fit into the current Standard metagame.

Torens, Fist of the Angels

Torens is a token-generating machine! We’ve seen many effects similar to his in the past, where casting a specific type of spell triggers a token generating ability like Sedgemoor Witch.

But Torens’s tokens are better than average; they have the new Training mechanic, which means they can get much, much bigger their baseline stats. That’s why people are comparing Torens to a creature-centric Monastery Mentor, a legacy playable card.

**If you’re more interested in Torens as a Commander, I’ve written an entire guide on all the best cards you can include in your Torens deck, including several infinite combos!**

Best Cards to Buy for GW Aggro In Standard

Where will Torens fit into our current Standard environment? Well, the metagame is currently dominated by Izzet Turns decks. But there are two aggro decks that give Izzet a run for its money. One is mono-white. The other is mono-green.

Perhaps Torens will give players a reason to combine the two aggro strategies, into a go-wide, green-white creature deck, playing cards from the best of both worlds.

Luminarch Aspirant is a staple of mono-white aggro strategies currently in Standard, and for good reason. Adding a +1/+1 counter to a creature every turn, starting as early as Turn 2, can easily get out of hand. This effect works particularly well with Torens, since the consistent +1/+1 counters can ensure we always have a big enough creature to enable the Training ability on the rest of our squad.

No, casting Ranger Class won’t trigger Torens’s ability. But in a creature-heavy deck, being able to cast creatures off the top of our library can lend to great card advantage. That, and getting +1/+1 counters on a creature every time we attack can add a lot of pressure.