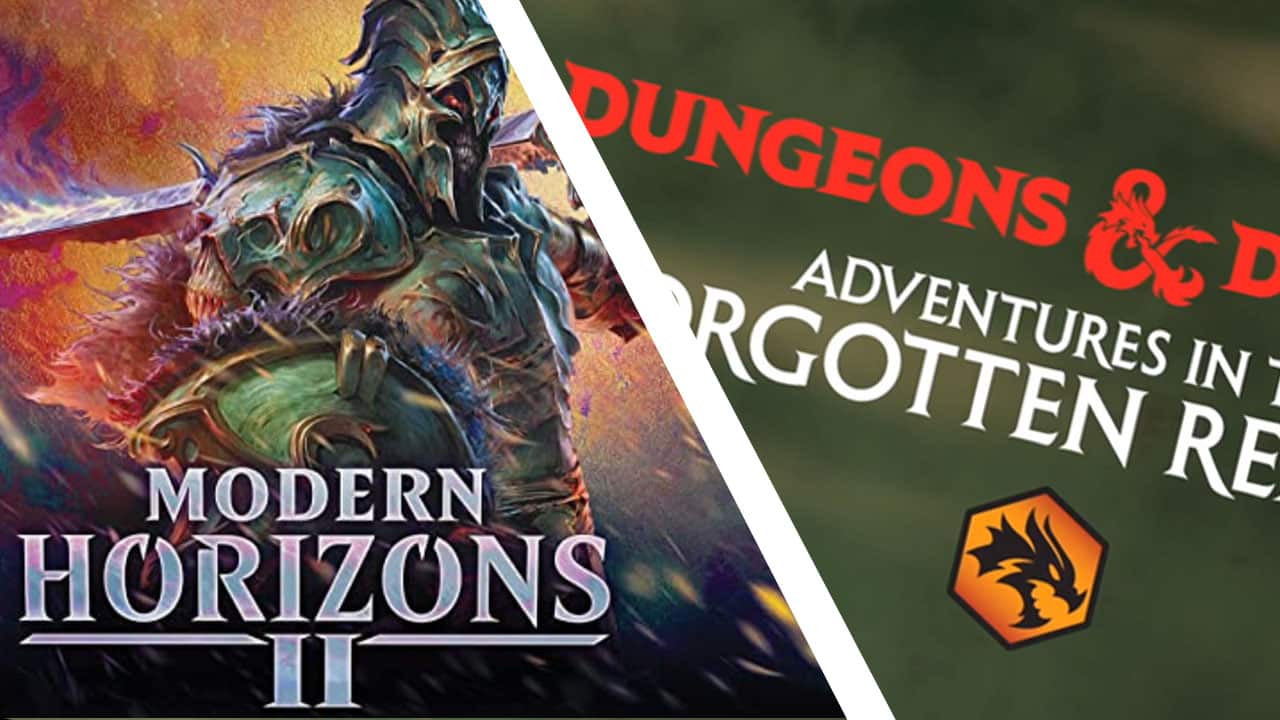 As announced by Wizards of the Coast, Modern Horizons 2 and Dungeon & Dragons Adventures in the Forgotten Realms releases will be delayed by a week.

As mentioned by Wizards of the Coast earlier today, Modern Horizons 2 previews and release will be delayed by a week. Previews will begin on May 24 with release expected to drop on June 18.

Modern Horizons 2 is the upcoming MTG set focusing on introducing the set introduces new cards into Modern and other eternal formats without them being legal in Standard.

Earlier today, we saw the packaging for Modern Horizons 2 drop on Amazon.jp which suggests the return of Dakkon Blackblade with a reboot. It’ll be exciting to see what the Legends card does in the upcoming set.

That wasn’t all that was announced, D&D Adventures in the Forgotten Realms‘ release is also delayed by a week. With release date expecting to drop on July 23 instead of the original July 16 date.

Replacing the usual Core Set this year, D&D Adventures in the Forgotten Realms will be the first crossover set in Magic‘s history. Although it won’t follow the Magic multiverse canonically, there’s a lot of potentials to see unique D&D items and characters feature within the set. Such as back in Core Set 2020, we saw Bag of Holding feature as a nod to the popular tabletop RPG.

Either way, it’s pretty exciting to see how these to sets will shape up Magic: The Gathering’s future going forward.

Read More: Hasbro CEO says NFTs are being considered for Magic: The Gathering