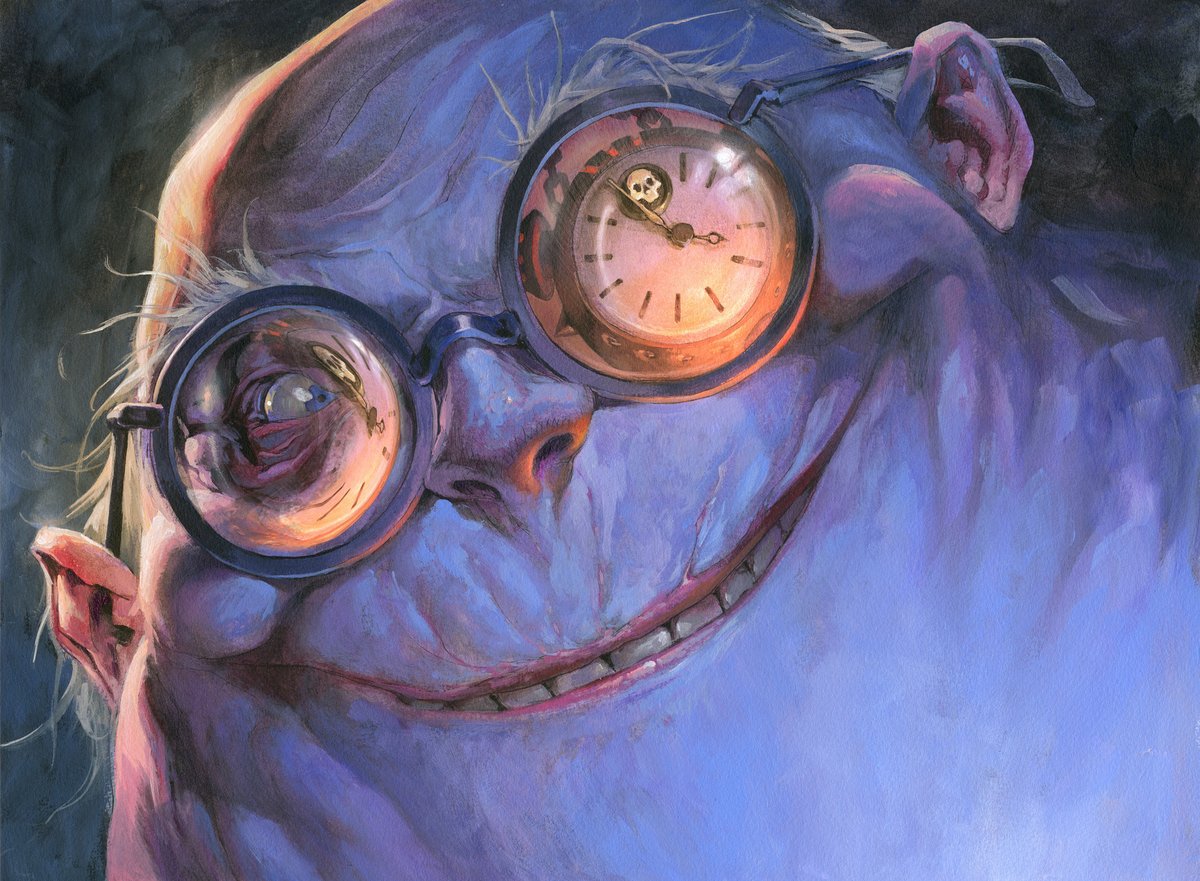 This past weekend, Rosewater’s panel on Unfinity at the San Diego Comic-Con was a big hit! A lot of incomplete information was given, raising a lot of questions. Of the cards spoiled at Rosewater’s panel, one effect that MTG players have wanted for a long time was spoiled… as an Acorn card. There is a good reason why MTG Far Out can’t be Eternal legal, and we’ll show you why!

Far Out is a card that MTG players and WOTC staff alike have wanted for a while. Instead of choosing one mode on a card, Far Out will allow you to select as many modes as you like! You can only pick each mode once, so you can’t draw infinite cards with a Cryptic Command. You can, however, choose both Khans and Dragons on modal enchantments like Outpost Siege. As explained, this effect seems like it would work perfectly fine in regular constructive play. In most cases, you’re right. Only a few corner cases prevent Far Out from being a legal card, and those cases are significant problems.

A particular type of card prevents Far Out from being Eternal legal. As Mark Rosewater addressed on his Blogatog, Jess Dunks (the rules manager) used Outlaws’ Merriment as an example of the offending card design. Because of how the card is worded, Far Out would create just one token with the characteristics of all three options. That means the token would be a 3/1, a 2/1, and a 1/2.

“The main problem is Far Out’s interaction with modal spells and abilities that have mutually exclusive modes. Combined with Outlaws’ Merriment, for example, Far Out could cause you to create a single token (just one, not three) that is a 3/1, a 2/1, and a 1/2 all at the same time.

A technically savvy reader may note that this could be fixed by changing the text of Outlaws’ Merriment such that each mode is entirely self-contained. While true, this would make it (and cards like it) unprintably long. Perhaps more importantly, it would leave the base constraint intact, forcing us to never risk making mutually exclusive options for any future modal designs.”

A token with three different stat lines will cause a rulings issue. Jess Dunks states that cards like Outlaws’ Merriment can see errata that would solve the problem, but Far Out’s existence, past this point, is too restricting on design space for MTG. For primarily that reason, Far Out will not be Eternal legal.

Unfinity is an excellent opportunity for MTG to explore card designs with corner-case problems and present those issues to its players. As someone who’s played the game for longer than I care to admit, corner case rulings fascinate me. There’s even one with Vecna that will allow you to give it any abilities you want if you’re willing to do some work. Most players following this issue immediately exclaimed that Far Out should be played with Outlaws’ Merriment as much as possible. If someone figures out how a token with three different stat lines work, I would love to hear the solution!