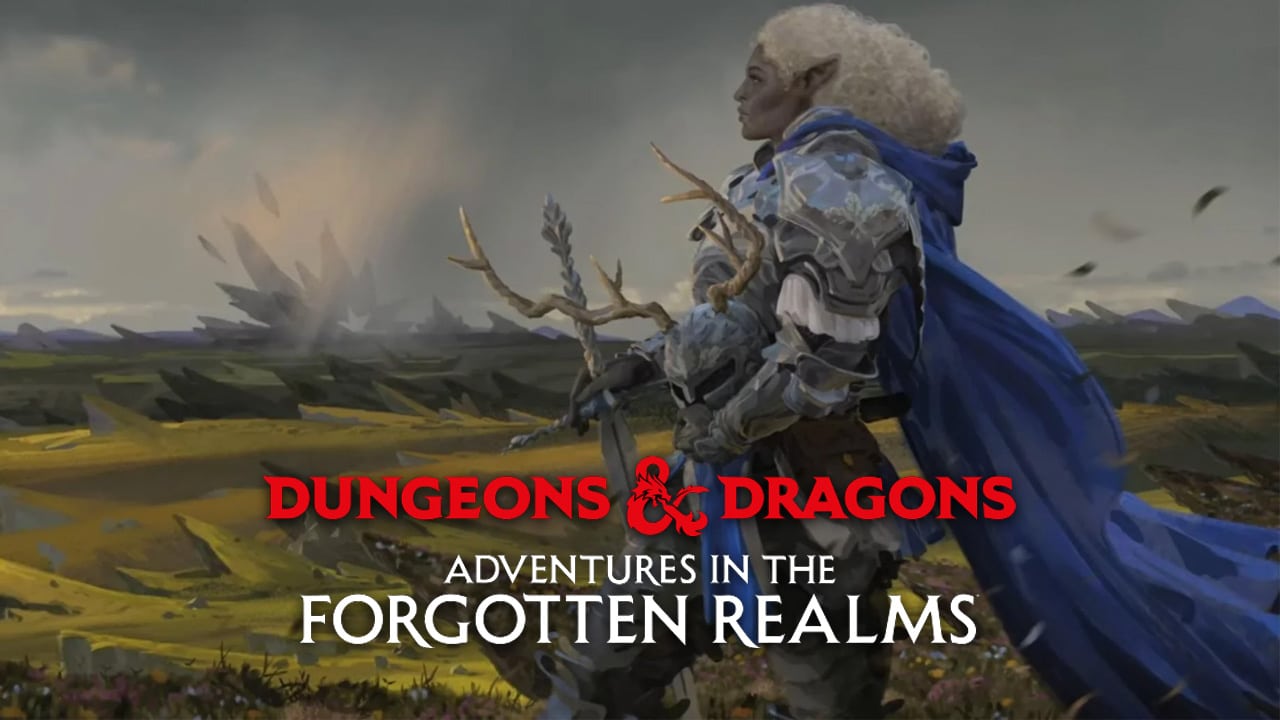 Where to Find The Full Forgotten Realms MTG Commander Lists

With Adventure in the Forgotten Realms previews now out of the way, there are four Commander decks releasing alongside the set. Like Strixhaven: School of Mages before it, these Commander decks will fit with the overall theme of the upcoming Standard set.

Details are beginning drop about the MTG and D&D crossover Commander preconstructed release with more coming this week.

If you’ve missed out on the previews from the upcoming D&D crossover set, you can catch up over on our dedicated preview gallery.

What We Know about the Forgotten Realms Commander Decks

Earlier last week, Senior Designer Gavin Verhey revealed details on the upcoming Commander release. There will be 64 new cards across the four decks and you have the option to run a different Legendary creature instead of the face Legendary on the box. Each face Legendary will represent a hero within the Dungeons & Dragons universe, with the other Legendary being a monster or villain.

The face Commanders were previewed by LoadingReadyRun, MTG Muddstah, The Command Zone, and MTGGoldfish last week.

As usual, Verhey gave us a teaser last week about cards in the decks with the following hints

As such, the following outlets and personalities will also preview the rest of the cards in their respected decks on July 9 and July 10.

As usual, we’ll provide the spoilers and details of the upcoming Commander set as they drop. The release date for Forgotten Realms and Commander decks is expected to be July 23.