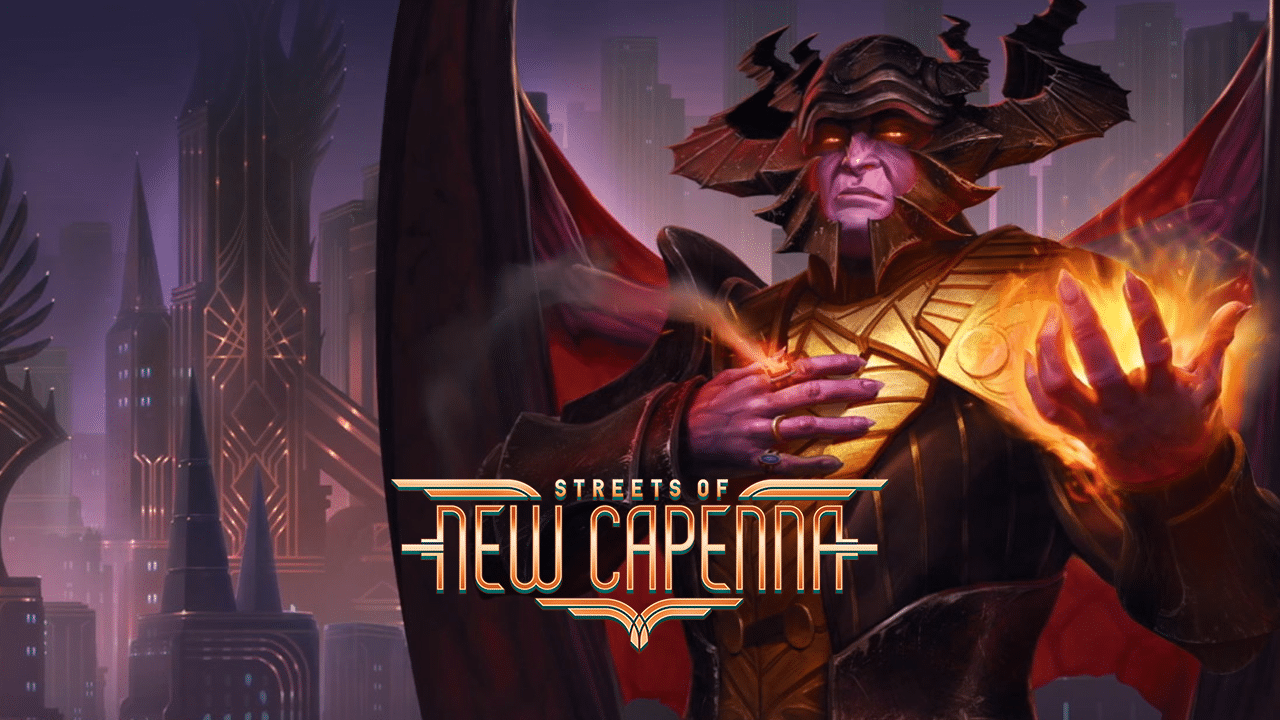 What We Want to See in MTG's Streets of New Capenna

Earlier this week, Wizards of the Coast (WotC) announced their upcoming MTG set schedule during their Magic Showcase 2021 stream. We will be returning to Kamigawa and Dominaria next year, with a look at the Brothers War at the end of the year.

With that, let’s speculate what’s coming in the art-deco set next year!

As Streets of New Capenna will feature five demonic families, the set will follow a three-color theme with each of the families having their own color identity. Unlike Ikoria: Lair of Behemoths, this will be a shard set that will feature Grixis, Naya, Esper, Bant, and Jund for the first time since Shards of Alara. Granted, the pairings will be named differently for the set but expect these pairings to be in Streets of New Capenna.

Ikoria brought us the Triome cycle, a three-color land with their respected land subtypes which are popular in Modern and Standard at present. There’s an ongoing demand for the rest of this cycle to be finished, and Streets of New Capenna could provide an excellent opportunity to do so. There’s a chance these lands could be called something else to tie in with the modern urban fantasy theme. Either way, it would a home run to see the cycle completed for players to use.

With an emphasis on crime-fighting and solving, there could be an opportunity to bring back Investigate and Treasure mechanics. Although the focus is on these demon families, there could be a law enforcement back story that could reintroduce these mechanics.

It could be a flavorful way to bring these back, especially since the demonic crime families care about wealth, which is where Treasures (or Gold) could feature in the set. Expect brand-new mechanics as well, but these seem the most suitable to make a reappearance.

The Return of Popular Characters

Going by the promotional art for Streets of New Capenna, it looks like Ob Nixilis will return in some capacity maybe as one of the bosses of these demonic crime families. During the Magic 2021 Showcase Stream, there was mention of Elspeth having a deep interest in New Capenna since it was originally created by angels. Going further, there is speculation that Streets of New Capenna is Elspeth’s home plane which would make an interesting storyline.

Interestingly, the Phyrexian Praetors are returning with Vorinclex appearing on Kaldheim. Also, there are rumours of Jin-Gitaxis appearing on Kamigawa in Kamigawa: Neon Dynasty so maybe we’ll see another Praetor in New Capenna. It’s unlikely Urabrask is alive after the war with Elesh-Norn on New Phyrexia, so it leaves us with either Elesh Norn or Shelodred potentially appearing on the plane. It will be interesting to find out how New Capenna became what it is now, and how the angels fell after building New Capenna. There could be some involvement with Phyrexia and Phyrexian Oil, we’ll have to wait and see next year how the story plays out!