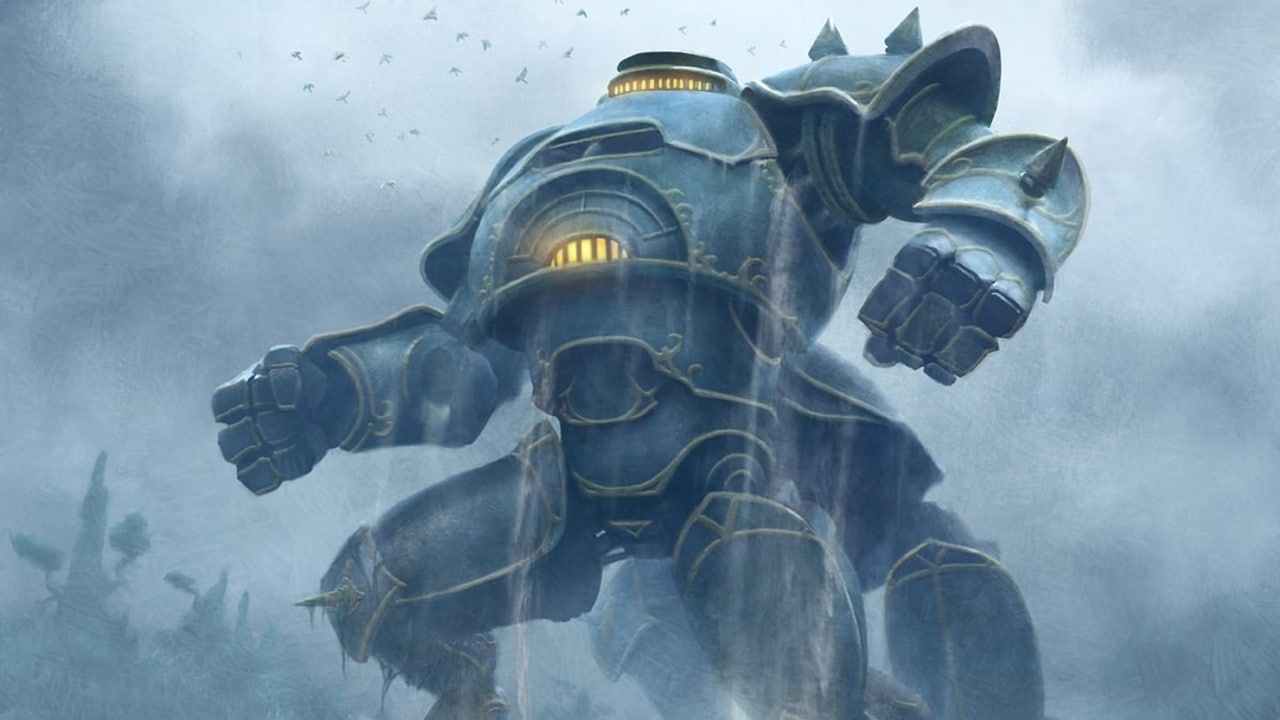 What Is Prototype in MTG?

The Brothers’ War is a premier set with an epic story that spans decades. Rather than glimpsing a fleeting moment in time, The Brothers’ War recounts the entirety of MTG’s preeminent sibling rivalry. In a single set, players can see the titular brothers Mishra and Urza grow, evolve, and build a whole lot of giant war machines. The new MTG mechanic, Prototype, develops this story of growth and mechanical brilliance even more. This fantastically flavorful new mechanic captures the essence of artifacts being in different stages of design.

Alongside the ability’s compelling flavor, Prototype offers exciting and useful gameplay opportunities. Despite initially appearing to be fairly mundane, Prototype is an ability that has some surprises in store. So, to ensure you don’t get caught out here’s everything you need to know about Prototype in MTG!

What Is Prototype in Magic: The Gathering?

While it gives MTG cards an interesting new look, the Prototype mechanic is pretty simple. Put simply; Prototype is an optional alternative casting cost found on Artifact Creatures in The Brothers’ War. When the Prototype cost is paid, the Artifact Creature comes into play with a different mana cost, color and Power/Toughness stats. The abilities on the card do not change, regardless of which cost is paid. For instance, Rust Goliath retains its Reach and Trample abilities when played for its Prototype cost.

To help keep track of things Magic: the Gathering’s Lead Designer, Mark Rosewater, suggests that “you can use a marker (like a glass bead or die) to show which mode you cast.”

How to use Prototype in Magic: The Gathering?

Similarly to other abilities that offer alternative or augmented casting costs, Prototype’s main benefit is being both useful in the early and late game. Playing Phyrexian Fleshgorger’s 1BB Prototype cost, for instance, allows it to establish some early game board presence. Alternatively, Phyrexian Fleshgorger’s default casting cost provides a devastating heavy hitter with a worryingly expensive Ward cost. Similar to Kicker, this utility will make especially useful in Limited and Sealed Draft events.

Alongside the essential utility of being playable, either early game or late game, Prototype also has a few tricks up its sleeves. “Flicker” effects, as found on Flickerwisp, for instance, are incredibly effective. Since Prototype cards revert to their expensive colorless default stats once off the battlefield, Flickering a Prototyped creature will cause it to return to the battlefield un-Prototyped. Unfortunately, a reliable Flicker effect has not yet been spoiled for The Brothers’ War.

Notably, using a Phasing effect won’t work to revert a Prototyped creature to its default stats. While Phased permanents are treated as if they don’t exist, they remain on the battlefield and don’t change zones.

The Best Prototype Cards in Magic: The Gathering

Currently, at the time of writing, 13 Prototype MTG cards have been spoiled for The Brothers’ War. This makes a top 10 list somewhat redundant, so instead, we’ll only be singling out a few Prototype powerhouses.

While Autonomous Assembler may not be the biggest of The Brothers’ War’s Prototype creatures, you shouldn’t underestimate it. Providing a use for excess mana at the end of the turn, Autonomous Assembler can slowly get bigger while consistently punching in with Vigilance. This allows Autonomous Assembler to slowly mitigate its diminished stats without compromising on aggression. As you may surmise, the fact this card made the list speaks volumes about the power of Prototype cards.

While it’s not quite Snapcaster Mage, Arcane Proxy still has a lot of players rightfully excited. With the ability to copy a spell in your graveyard to cast for free, Arcane Proxy has many uses, even when played for its Prototype Cost. Arcane Proxy’s effect is even better when played for its default casting cost, allowing you to copy an Instant or Sorcery with up to four CMC. Unfortunately, this ability doesn’t come cheap, requiring seven mana. This ability only activates if you cast Arcane Proxy, so there are no Flickering shenanigans here.