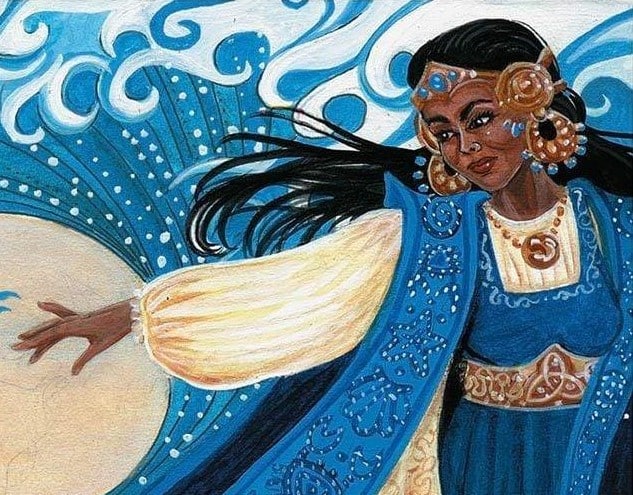 A lot is going on with Brothers’ War spoilers in MTG right now, but a surprising number of expensive cards are reappearing on the market. Most of the community has not even heard of these cards, but don’t be mistaken! Because of their scarcity, as you might imagine, these cards go for quite an amount! Here is the bizarre story of some of MTG’s lost pieces that reappeared over the past few weeks!

Mox Crystal, or Crystalline Mox as it was known during Mirage playtesting, was a card that was scrapped from Mirage’s printing because it did not perform well in testing. Eventually, the fan-made Mox Crystal above was printed. Generally, the conversation around a promo card would end at fan-made, but there is a huge story here, making it debatably the most famous fan-made card in all of MTG.

Mox Crystal was exclusively printed for use in the five-color format. This is a wild format with an absurd subset of rules that seems to fluctuate between who you ask. We will list out the general rules we found:

It gets even weirder when you hear some of the regional rules for the format:

What makes Mox Crystal so famous, besides the absolutely wacky format that is 5C, is that you could only get one of these by finishing in the top eight of an official 5C tournament! Ironically, 5C players could just proxy one of these cards until they won it.

As pointed out by @ModeratelyMtg, a copy of Mox Crystal appeared recently in a misprint Facebook group and is going for auction. If all the offers for the card are valid within, the highest current bid, as of the writing of this article, on this auction is $1200.

A recent Reddit post surfaced featuring the picture above. Redditor Kranitz21 shared these images hoping to get more information on what these Legends Developer cards were.

Magic Legends is a roleplaying game based in the MTG universe that never made it out of Beta. The Beta was released on March 21, 2021, and the project was canceled only seven short months later, on October 31.

While many Redditors had absolutely no idea what these cards were, it turns out that these may have been made by an artist on the Magic Legends design team. These unofficial cards’ origin was potentially confirmed by Redditor thesalus. This looks like how the development for these cards (and the detailed Bolas coin) started, but we have no idea how it evolved into the product above before Legends got canceled. As pointed out by many Redditors, however, there are too many spelling errors and “lacking copyright notice” -like details for these to be official. Unlike the Mox Crystal above, we do not know about the potential monetary value of these cards.

Get Your MTG Oddities Checked!

As demonstrated by the surprising value of the fan-made MTG card Mox Crystal, even the most unofficial MTG products can hold some monetary value as long as some scarcity and lore are backing it. With this in mind, even the tackiest MTG item in your collection could be surprisingly valuable. The amount of unique history that this Mox Crystal represents is fascinating. Many MTG players today would scoff at the idea of a format banning card sleeves, but with 250 card decks, maybe it made more sense back then.