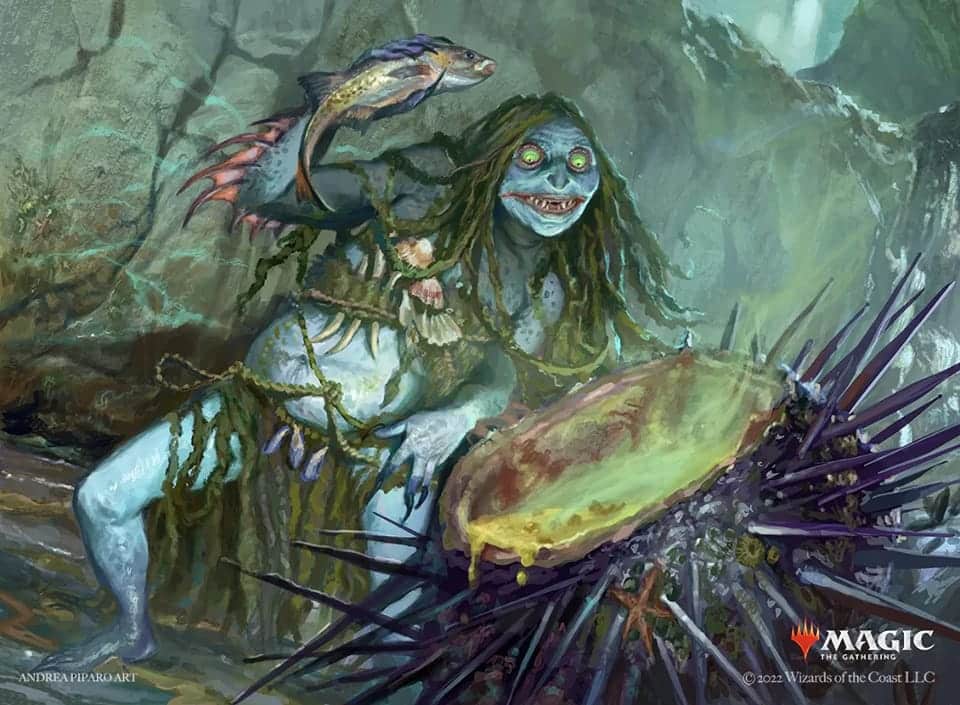 What is MTG Commander Draft and How Do I Fix Common Issues?

With the release of Commander Legends: Battle for Baldur’s Gate, a new format is rising in popularity. Commander Draft is a format created by Wizards of the Coast that combines two fan-favorite formats into a new experience. This is a great way to introduce new players to MTG. There is a challenging aspect in creating the deck via draft, but the gameplay is very laid back and casual.

Unfortunately, one of the downsides to MTG Commander Draft is that it’s a very confusing draft process. New players will easily get stressed when mistakes are made at the table, ultimately becoming embarrassed and not enjoying the experience. Players of all levels of play will be tripped up by the bizarre rules here. Our hope is that, by creating this article, you will have a resource to check up on what the exact rules are for Commander Draft.

Buy At TCGPlayer
Aetherhub plug (Use HTML block to input)

To start, we’ll explain the unique drafting process that is used for MTG Commander Draft. Please note that this is not the same as a normal booster draft.

Each player in a pod of eight (generally) will be given three draft packs of Baldur’s Gate. The number of players in a pod doesn’t need to be exactly eight, but Commander Draft was created with that assumption. Generally, try to stay between 6 and 10 players for the best drafting experience.

Unlike regular draft, each pack of Baldur’s Gate should have 20 cards. I say should because there have been issues where the numbers of cards in packs have been uneven. You will open your first pack, take a look at all the goodies in store, and pick TWO of the cards. In regular draft, you only pick one card instead of two. You must choose two cards with every single pick for your Commander Draft. Because most drafters are used to only choosing one card from their packs, this may be a common mistake you face. Once you take your two cards, you pass the pack onto a player beside you. You will pass to the player to your left for packs one and three. For pack two, you will pass to the player on your right.

An excellent way to ensure that no one has taken one card from a pack by mistake is to count the cards in your packs as you receive them from other players. If for whatever reason, there is an odd amount of cards, something went wrong. At this point, stop the draft and ask any players if they have an odd number of cards they chose. This is because the player that passed you your pack directly may not have been the one who made a mistake.

In the unlikely event that you have uneven packs, put the extra picks in the middle of the table. At the end of the entire draft, each player who participated should have 60 cards with which they can build a deck. If there are extra cards, ignore them. If someone has less than 60 cards at the end of the process, this likely means that a different problem occurred.

What if a Pack was Forgotten?

Sometimes when a player is getting passed multiple packs due to a difference in pick speed, the order of the packs can get mixed up. Even worse, a group of cards can be forgotten about. Fortunately, these issues have pretty easy fixes.

If a pack was forgotten, pause the draft. Then take picks from the forgotten pack until it has the same amount of cards as most of the other packs on the table. Resume the draft past that point.

A swap in pack order can be a little more frustrating to undo. If it takes all the way to the end of the packs for people to notice the swap, just play it out. Otherwise, rectify the pick order by once again pausing the draft. Preventative measures are most important in avoiding a pack order mishap. Get into the routine of placing packs differently to indicate pick order. If multiple packs are stacking up between players, place one pack vertically, and the next horizontally. Rinse and repeat. This should make pick order clear for the receiving player.

Like the drafting process for a Commander Draft, the rules for deck building also have a heavy variation from other formats.

Commander decks typically need to adhere to their Commander’s color identity. This means that you cannot play cards outside of your Commander’s colors. This rule stands for Commander Draft. Since this is the case, it is possible to draft an unplayable set of cards.

Most Commanders in Baldur’s Gate have two colors. As a result, try to stick to two colors during your draft. There are some that have three colors, but you shouldn’t draft assuming you’re going to find one of these Commanders. Commanders with three colors are all Rare, so they will go quickly in most casual settings.

Unlike draft, Commander Draft has 60 card decks. This total will include the Commanders in your Command Zone. The singleton rule for Commander does not stand in MTG Commander Draft. You can play as many copies of a card as you draft. Heck, play eight copies of your build-around common if you have them.

Once you’ve drafted your Baldur’s Gate packs and built your 60-card Commander decks, you’re ready to play against your opponents! In Commander draft, you play in pods of four players like Commander. You’re supposed to only play with 30 life, unlike regular games of Commander that start at 40 life. Depending on how many rounds you want, you can either play one round for prizes followed by some casual games or have the winners of each pod play off in a final match. Commander Draft games can take a long time to finish (upwards of three hours sometimes). As a result, having only one round of organized play is normal.

For a guide on how to understand the new and unfamiliar set mechanics being implemented in Baldur’s Gate, a set of articles explaining each mechanic are being created. These mechanics include: