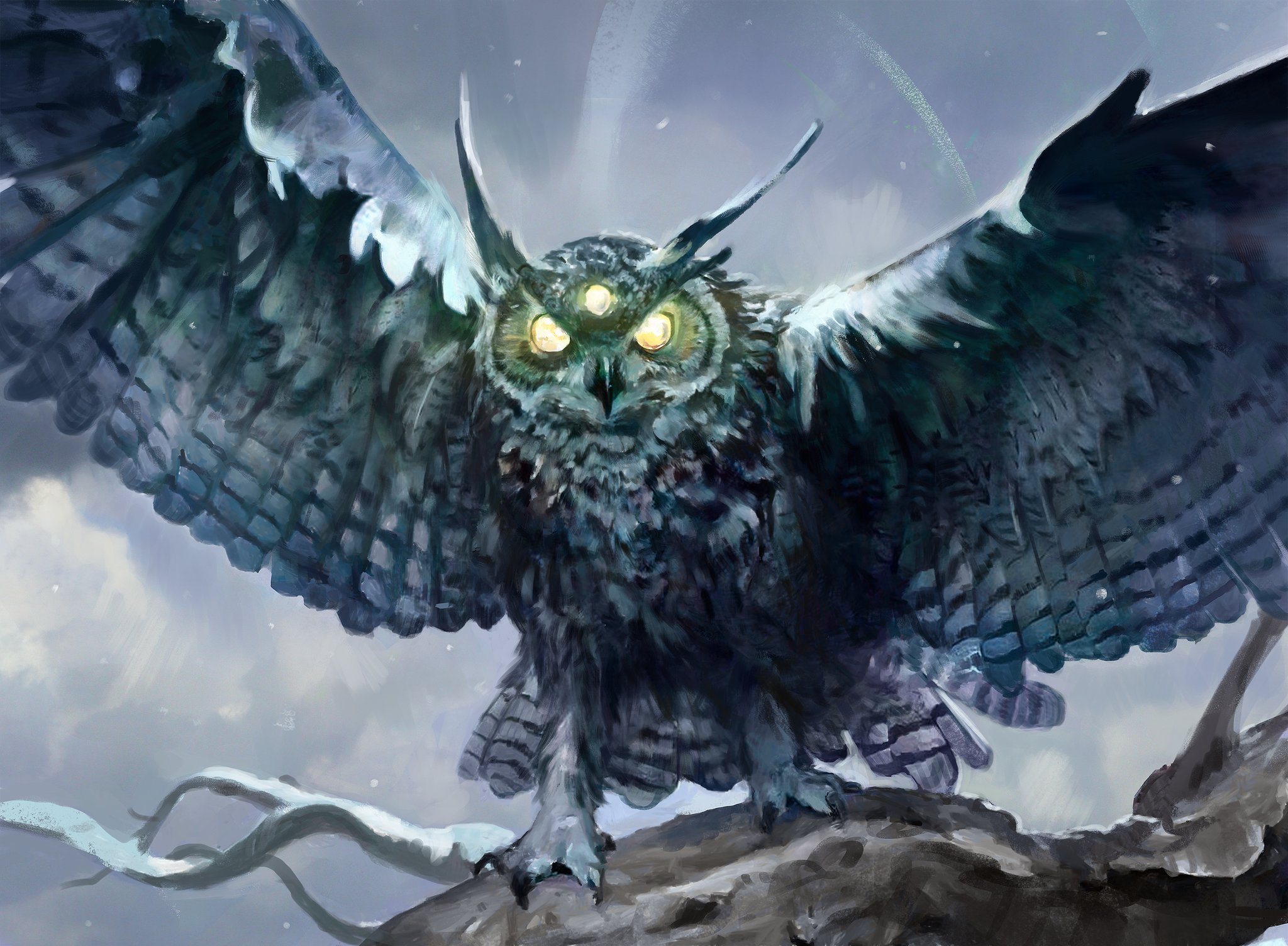 Since Temur Adventures appeared seemingly out of nowhere to dethrone Azorius Control in Theros Beyond Death Standard, I’ve fallen in love with the mtg Adventure archetype. Each Adventure creature comes with both an instant or sorcery half and a creature half. You can send your creatures ‘on an Adventure’ by casting the MTG Adventure spell in your hand. The creature will get exiled, and you can cast its creature half whenever you want!

Commander Legends: Battle for Baldur’s Gate introduced Commanders for a ton of unsupported archetypes. Gorion, Wise Mentor gives Adventures its first powerful legendary creature! Alongside Gorion, a wave of powerful new support was created for the archetype. This allows us to fill out our Adventure deck with cards that have decent abilities on both sides instead of stuffing some of the less impressive Throne of Eldraine commons to fill out the MTG Adventure package. Here’s where we are with Gorion, Wise Mentor in EDH.

Lucky Clover and Gorion have the same ability; they both want to copy your Adventure spells. Why bounce one of your opponent’s cards with Petty Theft when you can bounce two? Copying a counterspell can be even more powerful. If everyone’s throwing cards at a win condition and the owner has an out, counter both the out and the win condition. Since copying Adventure spells will be at the core of our deck, Lucky Clover is a must-have that may not even run you a dollar.

Buy At TCGPlayer
Primal Amulet may look slightly different, but don’t let it fool you! This is another Lucky Clover that needs a little investment to start copying more spells. Once you cast four instants or sorceries, Primal Amulet can flip into Primal Wellspring; a land that copies spells when mana from it is spent on an instant or sorcery spell. It will only copy a spell once per turn once it’s up and going, but it’ll reduce other MTG Adventure costs in the meantime.

Buy At TCGPlayer
Lucky Clover is so important for this archetype that we will want to go out of our way to find it. Tribute Mage is another inexpensive option that will find your equally inexpensive clover. Three mana for cheaper tutor effects is pretty standard, and the body that you get on Tribute Mage is a nice little bonus. Spoiler alert: this deck wants to bounce your own creatures. This gives you an opportunity to get even more value out of Tribute Mage.
Buy At TCGPlayer
Fabricate does the same thing as Tribute Mage, but with fewer restrictions. There are other core artifact cards to search for in Gorion Adventures, so if you’ve already found your clover, there are other options here.
Buy At TCGPlayer

The point of showing so many different tutors to find Lucky Clover is to hammer home just how important it is to the deck. Anyone who’s played Adventures in constructed knows how powerful of a boost you get after sticking one clover on board. Lucky Clover turns a mediocre creature deck into a tempo nightmare.

There are more expensive tutoring options available, but I want to highlight cards that can fit into every player’s budget. For players who want to go all-in on a Gorion deck, there will be a list of expensive upgrades later on in the article.

READ MORE: Everything You Need to Know About MTG’s Unfinity Set

Cash in on Your Value

Both Gorion and Lucky Clover will be copying spells, so having ways to copy your copied spells gets you up to the value level needed to win games of Commander. There’s no extra investment required – Twinning Staff acts as an extra Lucky Clover whenever you’re casting Adventure spells already getting copied by Gorion or clover itself.

Buy At TCGPlayer
Errant Street Artist is a recent New Capenna release that plays better in this deck than it does with any of the cards from its own set. Like Twinning Staff, getting a payoff with this card will be easy in Gorion Adventures.
Buy At TCGPlayer

A slightly different approach, Clever Impersonator can enter the battlefield as a copy of your Lucky Clover instead of copying stuff from it.

Copying your Commander is equally as good! Ensure that the cards you copy Gorion with avoid the legendary rule. Spark Double and Sakashima the Imposter are other cards that fill the same role.

Once your pod has played against Gorion a few times, Lucky Clover will likely end up as a target. Run a few things like Eternal Witness and Bala Ged Recovery that can retrieve a lost Lucky Clover. Eternal Witness, in particular, has some incredible synergies with the other themes in this deck.

Baldur’s Gate introduced a plethora of different MTG Adventure creatures. They aren’t all good, but most are pretty powerful in comparison to what we did have. I sincerely hope you will play more Adventure creatures than the ones I highlight here, as these will only be the core ones you want to play. For more ideas, there will be a sample deck list at the bottom of the article.

The only expensive Adventure card financially, Brazen Borrower is a little worse in Commander than constructed. That doesn’t stop it from being ludicrous when your game plan is buying back your creatures to cast them again. Brazen Borrower is worth the investment with the procedure set up. Imagine bouncing everything your opponents are getting out on board, just to bounce Brazen Borrower and bounce all their stuff again.

Artifacts and enchantments are powerful in Commander, so getting a themed removal spell from Baldur’s Gate makes me feel warm inside. It may not seem like much, but this helps our other themes to keep producing value without using these slots on random pieces of removal.

Counter your opponent’s spells, then play a giant dumb dragon that helps you find more awesome stuff. I can’t think of anything that better embodies the casual format of Commander.

Another card that falls into the category of filling a slot that would generally be something else, Realm-Cloaked Giant, is a board wipe Adventure card. Copying the Adventure won’t amount to anything, but it’s still a board wipe that synergizes with your value engines.

Bounce Your Creatures Back

Ready to take your value to the next level? Bouncing your Adventure creatures back to hand allows you to cast their copied MTG Adventure spells all over again. Generally you can get some additional value when you do this. These aren’t all of the cards that fit into this synergistic category, but they are the best.

The number of cards that Paradoxical Outcome will produce in this deck is nonsensical. Not only do you draw cards equal to the permanents that you return, but any MTG Adventure creatures that come back also get to recycle their spells halves all over again.

A cute little Counterspell that gets you some value too. A straight counterspell is usually better, but the extra value produced by Familiar’s Ruse is worth going for. Another bonus, this card is very cheap!

Here is a permanent that can buy some value every turn! Imagine casting Fertile Footsteps with a few copy permanents kicking around every single turn. This also allows you to have some instant speed answers to your opponent’s plays if your Adventure creatures double as removal.

There are many more cards that fit this niche of the deck, like Erratic Portal, but the point is to understand where we’re trying to go with this deck. Just flood your opponents with Adventure value!

Since our game plan is to drown the opponent with value, our draw engines become our win conditions through the other cards we play. No need to speed things along; your Adventure creatures will beat everyone up eventually.

Buy At TCGPlayer
The Great Henge will boost the strength of your Gorion Adventures deck to another level. This card has it all; draw cards, grow your creatures, and spend mana to cast them. Since there’s a subtheme of bouncing your creatures to create additional value, The Great Henge becomes even more ridiculous than it already is. Throw it in your EDH deck if you have one. If you don’t its a fantastic addition to your EDH collection.
Buy At TCGPlayer

Archmage Emeritus is already good in a deck that doesn’t copy spells. Since Magecraft cares about copied spells, Archmage Emeritus becomes an ally that can refill your hand in a couple of spells. There’s a potential here for Archmage Emeritus to draw too many cards, but that’s never a bad thing… right?

You should be playing creatures consistently enough that Guardian Project becomes a straight win condition. Its strictly worse than The Great Henge, but cards like these are premier targets for removal. Since opponents will kill these things on sight, its good to have multiple cards that can do the same thing.

Adventure’s own draw engine! Edgewall Innkeeper is a creature that enters play and immediately begs to be on the other end of a Path to Exile. As a cautionary note, unless you’re in dire need of cards, only play Edgewall Innkeeper out when you know it will replace itself. It will likely die after that.

Buy At TCGPlayer
Chulane, Teller of Tales is a flavor win and a win condition for your Adventures deck. Chulane has accumulated a lot of hate in the Commander community, so follow the same rule as Edgewall Innkeeper when playing it. Make sure you can get some value because it will die very quickly. If Chulane survives, you should be in an excellent position to win the game.
Buy At TCGPlayer
Vega, the Watcher is an easy card to forget, hence its mention. Vega will draw you a card whenever you cast a spell from anywhere other than your hand. Generally, you’ll be casting MTG Adventure spells from exile, making this a good draw engine.

READ MORE: The Definitive Guide for the Travelling Magic Player

While I like the idea of drawing cards, outvaluing your opponent, and winning with Adventure creatures, that won’t be enough for a more powerful pod of players. Craterhoof Behemoth and Finale of Devastation represent more direct win conditions that will take out multiple opponents on the spot.

For those willing to dive all-in on their Gorion decks, here are some more expensive EDH cards that will do fantastically in the deck.

Here is another way to copy Lucky Clover. Sadly, this one is not budget-friendly. If you are a Commander fanatic with a growing collection, you will likely pick up one of these at some point.

This one’s a no-brainer. A free counterspell that protects your Commander is almost always the optimal pick for a Commander deck – as long as your wallet can take it.

There are more upgrades out there than just the ones mentioned here, but this is a good place to start.

With this, I’ve covered the game plan for Gorion Adventures. Have fun creating value by copying your Adventure spells, buying back your creatures, and drawing a bunch of cards. Here is a sample deck list if you do not know where to go from here. Note that the lands in this list are all suggestions and not mandatory. You will need to have some basic lands in the deck for Fertile Footsteps, even though none are in the sample list. Have fun making your opponent lose their minds with all the spells you’ll be casting with Gorion Adventures!